Notice: amp_is_available was called incorrectly. `amp_is_available()` (or `amp_is_request()`, formerly `is_amp_endpoint()`) was called too early and so it will not work properly. WordPress is currently doing the `pre_get_posts` hook. Calling this function before the `wp` action means it will not have access to `WP_Query` and the queried object to determine if it is an AMP response, thus neither the `amp_skip_post()` filter nor the AMP enabled toggle will be considered. It appears the theme with slug `publisher` is responsible; please contact the author. Please see Debugging in WordPress for more information. (This message was added in version 2.0.0.) in /home/runcloud/webapps/techilive/wp-includes/functions.php on line 5313
 'Kodiyil Oruvan': Silence of the hills - TechiLive.in 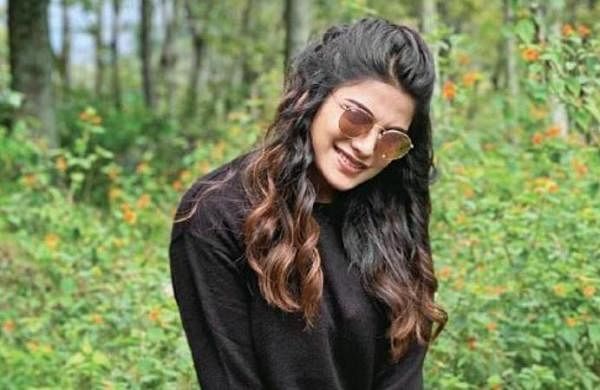 ‘Kodiyil Oruvan’: Silence of the hills

For the shoot, she had to travel a few kilometres each day to reach the location which was at the foothills of a scenic line of mountains. While she enjoyed the beauty of nature all around, she also had to rough it out a bit.

“After the drive, we had to walk half an hour each day to reach the shooting spot. We even shot during the rainy season, and after a sudden downpour, the muddy area would get slippery. There was hardly any sunlight too, and it was misty all around. I would hold on to my assistants while walking and be careful not to injure myself.”

The actor laments that the rain played spoilsport many times. “I would wake up early, get into the character with costumes and make-up, and reach the spot only to find that the rain had caused the shooting to get cancelled.”

However, Aathmika says that despite everything, the film’s shooting is among her most cherished memories.

“The locations we shot at opened up a whole new world for me. I felt close to nature and had revelations about myself. I believe it’s mostly because we weren’t able to use our phones due to the lack of reception. The overall experience felt like I was stepping back in time. It was a wonderful feeling.”

The heroine says she was able to get a bit of reading done as well. “I would read a book and sleep early as well, as there was nothing much to do after 6 pm. In between the shooting, I would go for short walks with my team members and explore the picturesque locations. I felt free… It also helped that nobody recognised me there. For the first time in my life, I was able to experience absolute silence. As city people, it is not something I am used to. Overall, it was a soul-stirring experience,” says the actor, who also excitedly shares that she explored routes that the locals told her elephants often used.

“I was also able to taste some fruits and food of the locals. I observed their farming work and was able to take a peek into their lives. It felt like a return to the roots,” she says.

Loading...
Denial of responsibility! TechiLive.in is an automatic aggregator around the global media. All the content are available free on Internet. We have just arranged it in one platform for educational purpose only. In each content, the hyperlink to the primary source is specified. All trademarks belong to their rightful owners, all materials to their authors. If you are the owner of the content and do not want us to publish your materials on our website, please contact us by email – admin@techilive.in. The content will be deleted within 24 hours.
Aathmikaentertainment newsEntertainment updatehillsKodiyilKodiyil Oruvannews updateOruvan
0
Share

Action against two coaching centres for physical attendance of students

Strategy of DOAC After TAVR Disappoints in ATLANTIS