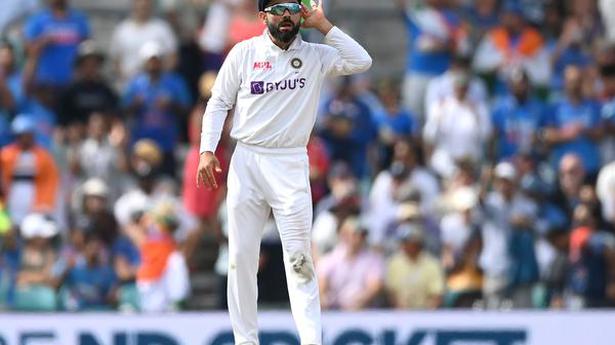 Kohli’s team might be India’s best ever; has the results to show for it

India’s current team might be their greatest ever. They won the last two series in Australia and could win their first in England since 2007. In the ‘golden age’ — the Sachin Tendulkar era — India won two Tests in Australia and two in England. They have now matched that record in less than a year.

Great teams must have the record to show for it. Other factors often enter the calculation too — impressive individual performances, manner of wins, consistency, ability to defend, even aesthetic elements. But in the end, the numbers matter, and this team has done enough in recent years to qualify as India’s best in nearly nine decades of Test cricket.

There was a phase, 2002-2004, when India won Tests at Port of Spain, Leeds, Adelaide, Multan and Rawalpindi. But only in Pakistan did they win the series. That team had everything — the world’s best batsman in Tendulkar, opener Virender Sehwag, a middle order comprising Rahul Dravid, V.V.S. Laxman, Sourav Ganguly — veteran writer David Frith thought this might be the finest line-up in the history of the game — and Anil Kumble, Harbhajan Singh, Zaheer Khan, Javagal Srinath.

There was both heft and elegance, a rare combination. Variety too. And yet, the combinations lacked the series wins abroad to show for all their power and range. The odd wins were celebrated, of course, as were the stunning individual performances.

But in retrospect, that team did not live up to potential. This is one of the ironies of Indian cricket — that their most celebrated team did not dominate as they should have.

With the exception of Virat Kohli and Jasprit Bumrah, the current team lacks the authority of the earlier one. It doesn’t matter. There is no Laxman who made on-lookers weep for the beauty of his batsmanship or a Tendulkar who made the opposition weep. No left-armer with the cunning of Zaheer. None of this matters, for it has steel. Again, Kohli apart, there is no player yet who is an automatic selection in an all-time squad, a fantasy team studded with players from the Tendulkar generation.

Team with a heart

What this team has is heart. Put into bat and down 127 for seven on the opening day at the Oval, they are pushed to the wall. But with amazing insouciance they wipe the writing off it. In the four victories in Australia and England, only one bowler, Mohammed Siraj, had a five-wicket haul. The wickets have been well shared. There have been only three centuries, and twice India have bounced back after being dismissed for under 100.

That 36 in Adelaide and 78 in Leeds serve to highlight the temperament of players who can let bygones be bygones and remember only the good times. It is a rare quality in an individual, even rarer in a team. In the past, Indian teams always had a couple of outstanding individuals on whom everything rested. When Sunil Gavaskar was dismissed, that was half the team gone. If the great spinners were collared, there was no one to turn to till Kapil Dev came along, and if he had a bad day, that was that.

For the first time, Indians can rejig an old ditty and say, ‘If Bumrah doesn’t get you, Shami must’. Or sit back assured that someone will make a significant score. And their most successful bowler hasn’t played yet!

In the 1960s, India won only one series abroad, in New Zealand. That helped consolidate India’s biggest strength: spin bowling. That most romanticised generation led by a Nawab, with its essentially amateur spirit was necessary. Just as necessary was the one represented by Tendulkar, when India performed with greater consistency.

All this before this Kohli-led bunch of professionals could emerge. When India first became No. 1 in 2009, they had not won a series in Australia, South Africa or Sri Lanka. Now only South Africa remain; India play three Tests there come December.

We often bestow greatness only in retrospect; yesterday’s players become larger, their reputations grow as they get further embedded into history. It is one of cricket’s conceits that numbers do not matter, that a well-made 37 is greater than a scratchy century, whatever its impact on the game.

But even fathers who tell their sons the players of their generation were great, were unwilling to admit this when they were actually playing.

Perhaps this is because true greatness is a fantasy in the mind, not a reality on television. With time you ‘remember’ things that never happened; the stories gain by repetition and myth-making takes over. False memory makes more sporting heroes than we care to admit.

In the future, we might be talking of this team led by Kohli as India’s greatest. We are merely saving time here by saying this in advance.

Loading...
Denial of responsibility! TechiLive.in is an automatic aggregator around the global media. All the content are available free on Internet. We have just arranged it in one platform for educational purpose only. In each content, the hyperlink to the primary source is specified. All trademarks belong to their rightful owners, all materials to their authors. If you are the owner of the content and do not want us to publish your materials on our website, please contact us by email – [email protected]. The content will be deleted within 24 hours.
Australiabetween wicketsIndia's tour of EnglandIndian cricket teamIndiasIndisa vs EnglandKohlisnews update
Share

‘Worse than physical cheating’: When you lie about money