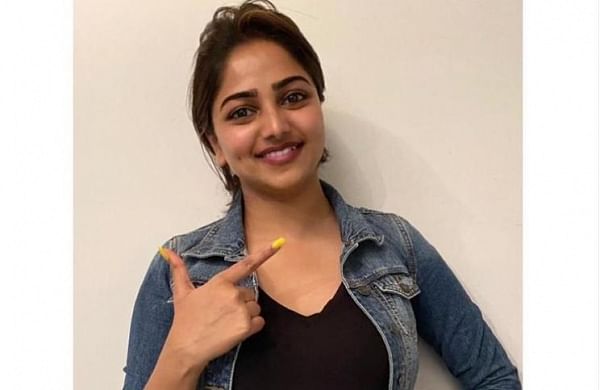 Deepak Gangadhar’s directorial debut starring Krishna and Rachita Ram has been titled Love Me or Hate Me.

It was launched on Friday. Interestingly, this is the first line from the classic and evergreen song of Dr Rajkumar’s film Shankar Guru, which has been considered as a name for this romantic drama.

A love story, first-time director Deepak says the idea of using this popular line was because it suited the plot.

The story moves between two timelines — the present and a flashback against a college backdrop placed in 2015. Deepak, who has previously worked in Thoogudeepa Productions as an associate director and a film distributor, is now foraying into direction and will be bringing together Krishna and Rachita for the first time on the silver screen. Jointly produced by Madan Gangadhar and Nandish, the initial plan was to begin the project in April.

“We are ready with the script and will roll out the project as soon as the government unlocks the city, and we are given permission to shoot,” says Deepak. Apart from the leads, the director is finalising the star cast, and is in talks with actors, Sadhu Kokila and Chikkanna for prominent roles.

However, they are yet to sign on the dotted line. “We are also scouting for the second lead heroine for which we are scouting a fresh face,” says Deepak, adding, “The film will have Sridhar V Sambhram scoring the music, while the rest of the technicians are yet to come on board.”

Krishna is currently committed to Love Mocktail 2, Nagashekar’s [email protected] gmail.com, Deepak Aras’s Sugar Factory, and Nagendra Prasad’s project in Kannada. Prior to the lockdown, Rachita was juggling shooting for Khadar Kumar’s Veeram and Love You Rachchu with Ajai Rao.

Denial of responsibility! TechiLive.in is an automatic aggregator around the global media. All the content are available free on Internet. We have just arranged it in one platform for educational purpose only. In each content, the hyperlink to the primary source is specified. All trademarks belong to their rightful owners, all materials to their authors. If you are the owner of the content and do not want us to publish your materials on our website, please contact us by email – [email protected]. The content will be deleted within 24 hours.
Loading...
dramaentertainment newsEntertainment updateHateKrishnaLove Me or Hate Me filmnews updateRachita
0
Share