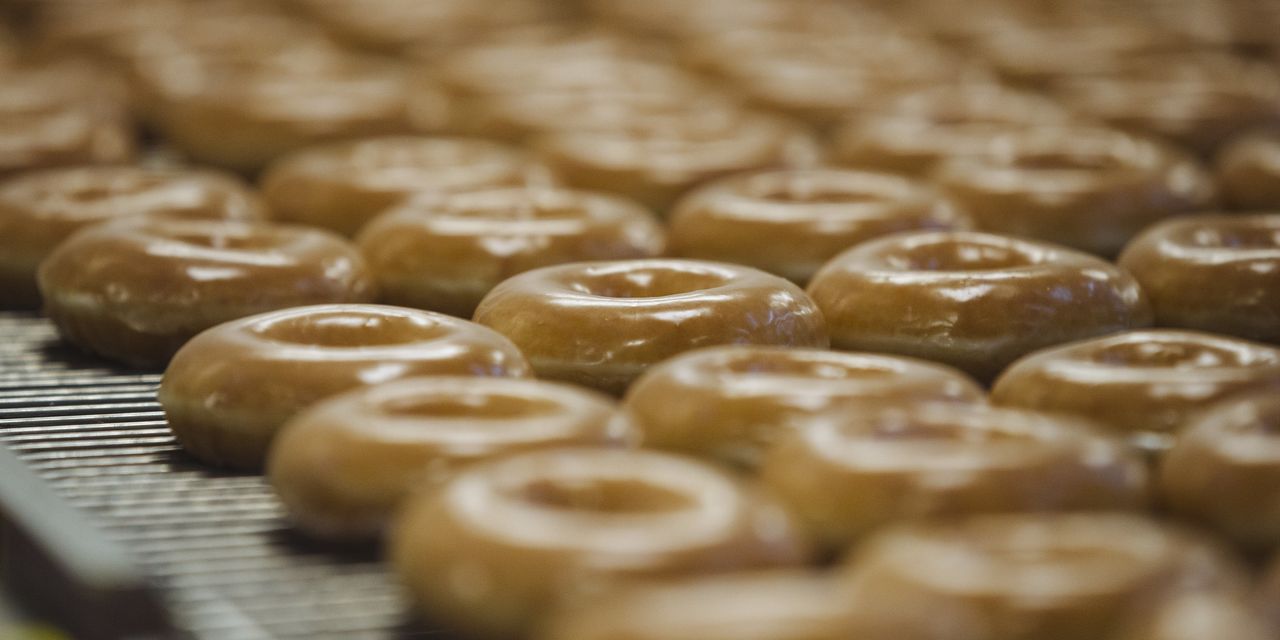 is focusing on paying down debt and delivering fresher pastries after returning to the public markets this summer.

Krispy Kreme, best known for its glazed doughnuts, went public in July, five years after it was taken private through an acquisition by investment firm JAB Holding Co.

The Charlotte, N.C.-based company spent the past three years buying out franchisees, seeking to improve the quality of doughnuts sold outside its so-called hot light theater shops, where customers can watch doughnuts come fresh off the production line.

Krispy Kreme spent about $466 million to acquire 24 franchisees and 469 locations globally during that period, according to a regulatory filing for its public offering. About 80% of U.S. and global sales now come from company-owned locations, up from about 50% in the U.S. and approximately 30% in other markets before going private, Chief Financial Officer

Buying out its franchisees, Krispy Kreme racked up debt, and is now looking to deleverage. The company raised about $460 million during last month’s initial public offering and used it to pay down part of its debt load, according to Mr. Charlesworth, who is also chief operating officer. Its net debt as of Aug. 8 was $646 million, compared with $795 million at the end of 2020.

Before those acquisitions, the Krispy Kreme doughnuts sold at grocery and convenience stores were often between four and seven days old, Mr. Charlesworth said. Krispy Kreme wanted them to be made fresh daily, similar to the ones made at its hot-light retail locations. But without control of its store network in major markets, it didn’t have the logistics to make that happen, Mr. Charlesworth said.

“We needed to control the system. It was disparately controlled by a lot of small operators, franchisees—they just couldn’t make that kind of shift,” he said. Under the company’s new hub-and-spoke model, Krispy Kreme uses capacity in its retail locations to make doughnuts that are delivered to locations such as grocery and convenience stores.

Continuing to pay off debt is a core priority for the company, Mr. Charlesworth said. Krispy Kreme’s leverage ratio—defined as net debt versus adjusted earnings before interest, taxes, depreciation and amortization—stood at 3.6 as of Aug. 8. The company aims to reduce that figure to 3.0 in the coming year and to 2.0 over the long term. It plans to bring down its debt using cash from operations, according to Mr. Charlesworth.

The company generated $349.2 million in net revenue during the quarter ended July 4, up 43% from a year earlier, driven by higher sales. It reported a net loss of $17.1 million, compared with $12.6 million a year earlier. Cash and equivalents were about $37 million as of July 4, roughly unchanged from the beginning of 2021.

“We continue to believe it will take a few additional quarters for the hub & spoke model to gain momentum,” particularly when it comes to profitability, Bill Chappell, an analyst at financial firm Truist Securities Inc., said in a note to clients.

Krispy Kreme, like many companies, is facing pressure from higher commodity costs, including wheat and sugar. It has increased the price of its doughnuts in recent years by 2% each year, but it expects to raise prices by more than that in September to offset the higher input costs, Mr. Charlesworth said.

The company’s classic glazed doughnuts, sold as singles or in dozens, will be included in the price hike, he said.

Denial of responsibility! TechiLive.in is an automatic aggregator around the global media. All the content are available free on Internet. We have just arranged it in one platform for educational purpose only. In each content, the hyperlink to the primary source is specified. All trademarks belong to their rightful owners, all materials to their authors. If you are the owner of the content and do not want us to publish your materials on our website, please contact us by email – [email protected]. The content will be deleted within 24 hours.
artsbakery productsBARSbeveragesbreadBread/Bakery ProductsC&E Industry News Filtercafes
Share

‘Djibouti was designed for big screens’