Notice: amp_is_available was called incorrectly. `amp_is_available()` (or `amp_is_request()`, formerly `is_amp_endpoint()`) was called too early and so it will not work properly. WordPress is currently doing the `pre_get_posts` hook. Calling this function before the `wp` action means it will not have access to `WP_Query` and the queried object to determine if it is an AMP response, thus neither the `amp_skip_post()` filter nor the AMP enabled toggle will be considered. It appears the theme with slug `publisher` is responsible; please contact the author. Please see Debugging in WordPress for more information. (This message was added in version 2.0.0.) in /home/runcloud/webapps/techilive/wp-includes/functions.php on line 5313
 Kumail Nanjiani to play Chippendales founder in ‘Immigrant’ - TechiLive.in 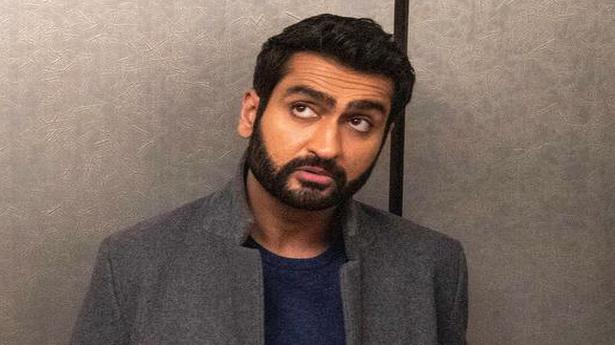 The Hulu series is based on the true story of Somen “Steve” Banerjee, an Indian-American entrepreneur who started Chippendales

Actor-comic Kumail Nanjiani is set to star in “Immigrant”, based on the true story of Somen “Steve” Banerjee, an Indian-American entrepreneur who started Chippendales.

Nanjiani, who is a Pakistani-American, will play Banerjee in the limited series from Hulu that will detail the insane, darkly comedic, crime-ridden story behind the unique male revue that became a cultural phenomenon.

According to Variety, “Immigrant” is written by Robert Siegel and executive produced by Siegel, Nanjiani, Limelight’s Dylan Sellers and Chris Parker, and Emily V Gordon as well as Rajiv Joseph and Mehar Sethi, who will also write on the series.

Writer Gordon, who is Nanjiani’s wife, previously collaborated with the actor on the 2017 rom-com “The Big Sick”. Loosely based on their real-life romance, the film was nominated for the Academy Award for best original screenplay.

This is the second project on Chippendales in development. Indian-origin British actor Dev Patel is also on board to play Banerjee in a feature film directed by Craig Gillespie of “I, Tonya” fame.

Patel, known for “Lion” and “Modern Love”, was announced to headline the film in 2017. It has been in the works for two decades by Permut Productions’ David Permut.

Meanwhile, Nanjiani’s small screen credits include “Silicon Valley”, “Portlandia” and the upcoming Obi-Wan Kenobi series. He will next be seen in “Eternals”.

Loading...
Denial of responsibility! TechiLive.in is an automatic aggregator around the global media. All the content are available free on Internet. We have just arranged it in one platform for educational purpose only. In each content, the hyperlink to the primary source is specified. All trademarks belong to their rightful owners, all materials to their authors. If you are the owner of the content and do not want us to publish your materials on our website, please contact us by email – admin@techilive.in. The content will be deleted within 24 hours.
ChippendalesChippendales founderentertainment newsEntertainment updatefounderImmigrantimmigrant moviesKumail
0
Share

Medical AI models rely on shortcuts, can cause misdiagnosis