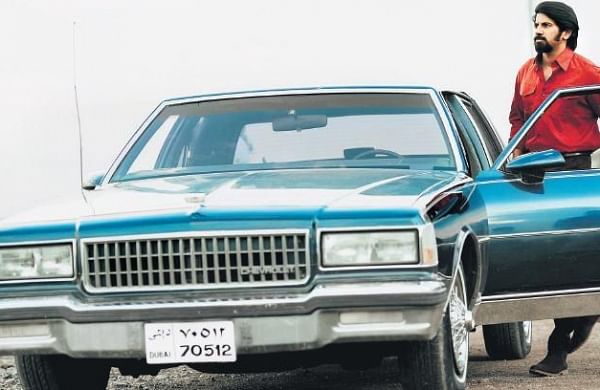 Im not giving anything away when I say that at one point in Kurup, Sudhakara Kurup (Dulquer Salmaan) assumes a name shared by an iconic character played by Mammootty in the 90s. So, in my mind, Kurup fulfilled two of my wishes. One, seeing the story of ‘India’s most wanted fugitive’ realised on the big screen, on the grandest scale imaginable. Two, seeing Dulquer do a sequel/reboot of his father’s film, even though Kurup has nothing to do with that one. But, hey, that’s how my mind works.

I’ve been drawn to true crime stories right from my childhood, and the Sukumara Kurup episode—Kerala police’s most embarrassing case —has found a permanent fixture in my head. And I’m not alone. Everyone familiar with the case’s elementary aspects has been curious about the devious brain that orchestrated a chilling murder in 1984 and has been absconding ever since. What were the impulses that drove the man? How does his family feel about the whole thing? How does his victim’s family feel about it? I can only imagine.

One of my favourite films about real-life con artists is Steven Spielberg’s Catch Me If You Can, starring Leonardo DiCaprio and Tom Hanks. I would say Kurup created in me a similar impact. The only difference is, Frank Abagnale Jr. did not kill anyone. But like him, Sudhakara Kurup indulges in his share of fraudulent activity. Does the film do justice to the actual events? Yes. Do I believe everything shown in it? Not really. But that’s not really a problem. Since the makers haven’t used the real names here, they can take the story to whichever place they want to as long as it stays true to the actual case, which it does. As for what happened later, the film branches off into a parallel universe. Whatever you see may or may not have happened.

Sukumara Kurup becomes Sudhakara Kurup; the victim, Chacko, becomes Charlie (a top Malayalam star in a cameo); the cop, Haridas, becomes Krishnadas (Indrajith Sukumaran); and Sarasamma becomes Sharada Kurup. I can imagine many of us wondering whether Sukumara Kurup was as stylish or daring as Sudhakara Kurup in real-life. Again, parallel universe. Considering that the real Kurup was said to be wealthy and flamboyant with connections in high places, there is much space for creative liberties and making some plot developments seem plausible. I liked how the film plays around with story structure instead of the textbook ‘biopic’ approach. It goes back and forth between multiple time periods, beginning with the 60s. In some places, it omits certain plot developments only to explore them later. There were also instances where the writers go for a mini-recap of scenes that we already saw, which makes sense from a storyteller’s point of view.

Dulquer plays Kurup as an arrogant, ambitious man who began exhibiting deviant behaviour from his younger days. But what is the strong trigger that compels him to commit a heinous crime in his adult life? Was it his mistreatment during his time in the armed forces? Or was it something else? Where did he find the confidence to know that he could evade capture? In the film, Sudhakara Kurup goes into a ‘phase’ now and then— indicated by him touching his right eyebrow. His adventures are fascinating, but at no point did I see Dulquer’s portrayal as a glorification. It is, undoubtedly, one of Dulquer’s most nuanced performances. I was glad to see no one clapping for Sudhakara Kurup in a packed theatre. I have to admit, though, that I wished for Dulquer’s wardrobe.

Every frame in this film looks like a million bucks. Its top-notch production value is on par with anything seen in Hollywood. Every penny spent is there for everyone to see. One might argue that this ‘manufactured’ look is not what cinematography is all about, but I say, why does it have to be? Cinema is, ultimately, meant to provide escapism, which Kurup pulls off with elan. It scores in every department, from the art department (Banglan, who previously worked wonders in Kammara Sambhavam) to the opulent imagery (Nimish Ravi creating magic with amber lighting and a brown-dominated colour palette).

But one thing that bothered me is why Sharada became forgotten after a certain point. I was curious to see how a criminal’s wife felt after he abandoned her. I wished to see Sobhita Dhulipala essay a fully-fleshed out character rather than simply a woman confused by her husband’s behaviour. We never get to see her life after her husband goes into hiding. In a film that is otherwise emotionally detached, which is apt given the subject matter, it would’ve benefitted from an extra emotional layering, aside from giving us a sense of the situation of Charlie’s wife.

The real star of the film is Shine Tom Chacko as Kurup’s accomplice, Bhasi Pillai. If you thought you saw all the dimensions of the actor before, wait till you see this one. He manages to surprise yet again with a performance that registers a high reading on the creep-o-meter. If I saw him coming from a mile away, I would try to stay as far away from him as possible. He is the personification of a loose cannon. There was a point where I imagined a Malayalam version of Goodfellas or Casino with Shine taking on the characters immortalised by Joe Pesci. I don’t know if Bhasi’s real-life version was this way, but Shine firing on all cylinders is such a delight to see.

I’m still a bit conflicted about the ending. One half of my brain says it should’ve ended one way, and the other half is okay with how the film ended. I don’t think one viewing is enough to absorb all its details. I’ve already made up my mind to see it again.

Denial of responsibility! TechiLive.in is an automatic aggregator around the global media. All the content are available free on Internet. We have just arranged it in one platform for educational purpose only. In each content, the hyperlink to the primary source is specified. All trademarks belong to their rightful owners, all materials to their authors. If you are the owner of the content and do not want us to publish your materials on our website, please contact us by email – [email protected]. The content will be deleted within 24 hours.
CrimedesignedDulquerDulquer Salmaanentertainment newsEntertainment updateEpicGlobetrotting
Share

Helene Fortunoff, Who Built a Family Jewelry Empire, Dies at 88

Is World at Serious Risk Of Food Access Crisis?