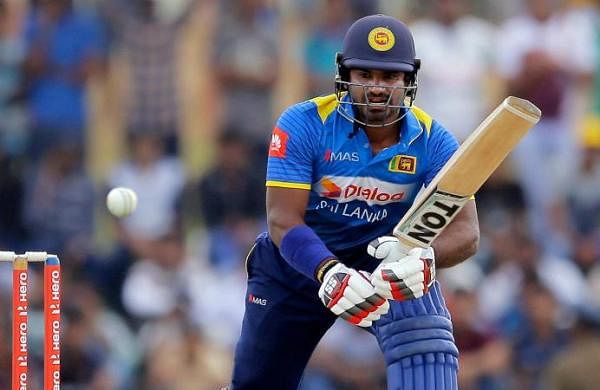 COLOMBO: Wicketkeeper-batsman Kusal Perera was on Wednesday named Sri Lanka’s ODI captain with Kusal Mendis as his deputy for the away series against Bangladesh this month.

Perera, who has represented Sri Lanka in 101 ODIs, 22 Tests and 47 T20Is, takes over the reins from Dimuth Karunaratne.

Karunaratne, along with senior all-rounder Angelo Mathews, top-order batsman Lahiru Thirimanne and wicketkeeper Dinesh Chandimal, have been dropped from the squad by the Cricket Selection Committee of Sri Lanka Cricket.

Pacer Chamika Karunaratne and batsman Shiran Fernando have earned their maiden limited-overs call up, while speedster Binura Fernando, who has played a couple of T20Is, was also named in the side.

The team is scheduled to leave for Bangladesh on May 16 for the three-match ODI series to be played in Dhaka on May 23, 25 and 28.

Denial of responsibility! TechiLive.in is an automatic aggregator around the global media. All the content are available free on Internet. We have just arranged it in one platform for educational purpose only. In each content, the hyperlink to the primary source is specified. All trademarks belong to their rightful owners, all materials to their authors. If you are the owner of the content and do not want us to publish your materials on our website, please contact us by email – [email protected]. The content will be deleted within 24 hours.
Loading...
AngeloAngelo MathewsappointedDimuthDimuth KarunaratneDroppedKarunaratneKusal
0
Share

Children with weak immunity not at higher risk of severe COVID-19: Study