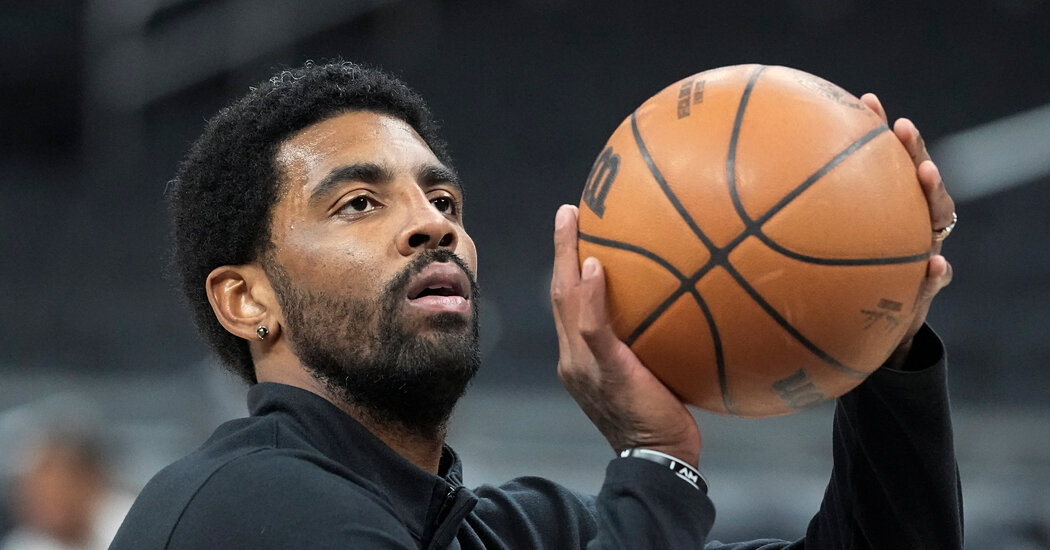 Kyrie Irving returns to the court after refusing to be vaccinated.

Kyrie Irving, the star Nets guard, made his regular-season debut against the Indiana Pacers on Wednesday night following the team’s surprise reversal of its policy to bar him from practices and road games until he received the coronavirus vaccine.

Irving looked rusty early on against the Pacers, missing his first three shots. But in the second quarter in Indianapolis, he began to heat up and scored 8 straight points.

Irving declined to be vaccinated for Covid-19 before the season, making him ineligible to play in New York City because of a local vaccine mandate at sports arenas that went into effect in September. The Nets, citing concerns about team chemistry, announced in October that Irving would not be permitted to play in road games either, even if laws in those cities would allow him to participate. The N.B.A. does not require players to be vaccinated.

For the most part, the team has played well in Irving’s absence, and has led the Eastern Conference for much of the season. Entering Wednesday, the Nets were No. 2 in the East, behind Chicago, with a 23-12 record after losing four of their last six games.

But last month, as the Omicron variant of the coronavirus began ravaging N.B.A. rosters, the Nets announced they would let Irving play in road games. Sean Marks, the team’s general manager, said at the time that the Nets were “faced with a roster that has been decimated over the course of the last several days.” Several of the Nets’ top players, including Kevin Durant and James Harden, have missed games because of the league’s virus-related health and safety protocols.

Irving was immediately placed into the protocols as well. The N.B.A.’s rules say an unvaccinated player can be placed into the protocols because of a positive or inconclusive test, or a confirmed exposure to a person who had tested positive. Players can be cleared to play again through testing and isolation periods that vary according to the players’ symptoms but that can be as short as a few days.

When Irving returned to action on Wednesday night, all of the Nets’ roster was available except guard Joe Harris, who is out with an ankle injury.

Denial of responsibility! TechiLive.in is an automatic aggregator around the global media. All the content are available free on Internet. We have just arranged it in one platform for educational purpose only. In each content, the hyperlink to the primary source is specified. All trademarks belong to their rightful owners, all materials to their authors. If you are the owner of the content and do not want us to publish your materials on our website, please contact us by email – [email protected]. The content will be deleted within 24 hours.
CourtIrvingKyrienews updateRefusingReturnssports newssports update
Share

Timing of brain injury in pregnancy, birth may impact motor and language outcomes: Findings may pave way to earlier interventions for children with oxygen deprivation in utero