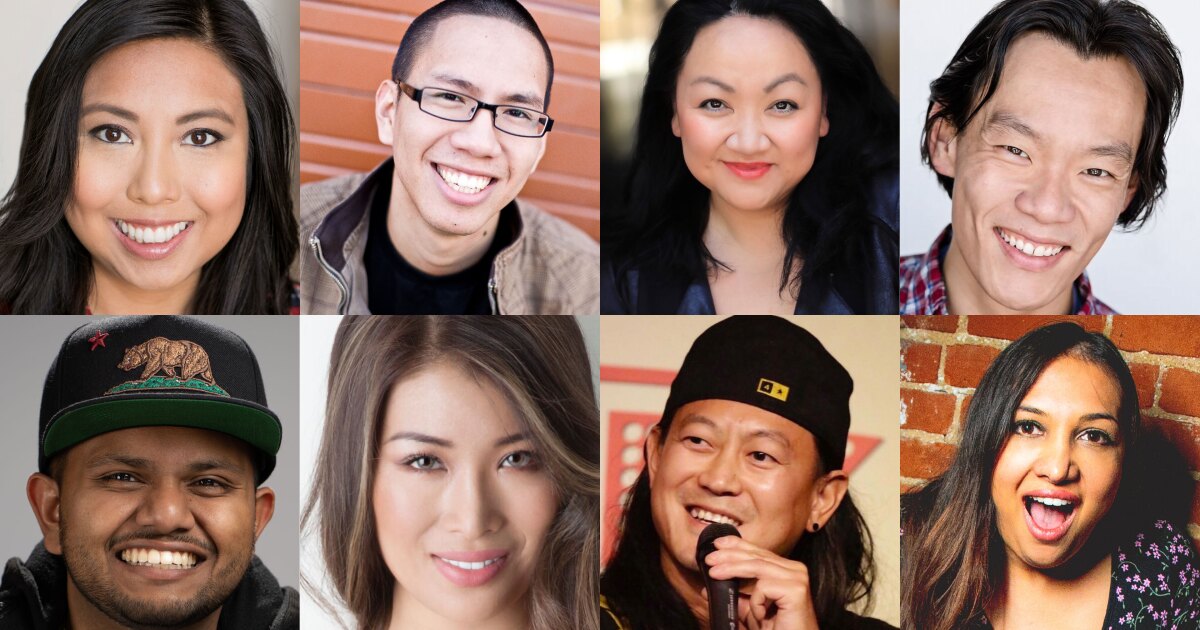 If converting pandemic pain into laughter were a sport in the Comedy Olympics, Asian American comedians deserve to be draped with a pile of gold medals. In the past year, there’s been no shortage of material in the face of violence and bigotry against Asian Americans over the rise of COVID-19 as they struggle to survive it like everyone else.

Topical forms of discrimination aside, Asian comedians still say the age-old battle for visibility outside of Hollywood’s love for racial comedic tropes is still the hardest hurdle to jump.

“The stereotypes are very negative and so I wanted to get into the entertainment industry so I could be a positive role model for Asian women, and this was over 15 years ago,” says Rosie Tran, a Louisiana-born Vietnamese comic participating in this weekend’s Comedy InvAsian special at the Japanese American National Museum in Little Tokyo. “Now I see so many Asian American women doing stand-up and it’s just absolutely amazing.”

Though there’s plenty of support among Asian American and Asian Pacific Islander comics within their community, the goal of Comedy InvAsian’s second installment since it debuted in 2017 is to create a showcase highlighting humor from a patchwork of Asian perspectives that tend to get lumped together in mainstream comedy.

“People think every joke has to be about our mom with a foreign accent. I’m not criticizing people that do that, but we’re a very diverse community,” says executive producer Koji Steven Sakai, who co-founded the event with fellow director/executive producer Quentin Lee and executive producer Victor Elizalde. “When we started producing the event, part of what I wanted to do was really show that we’re all, we’re just like you.”

All shows will be in front of a live audience at JANM with COVID-19 safety protocols in place. Despite the adherence to masks and social distancing, Lee says the energy of a live crowd is imperative to the event. “We’ve been through COVID, we’re still going through COVID, but we are going to do it in a COVID-safe compliant kind of way,” Lee says. “So our audience will wear masks and hopefully they’re vaccinated and we’ll have a great time.”

From the outset of Season 1 of Comedy InvAsian, Sakai and Lee set out to incorporate voices from various Asian cultures as well as more LGBTQ, non-binary voices for their collection of taped solo specials that landed on Hulu in 2018. One of those comics, trans comedian Robin Tran, garnered a ton of exposure after the first special aired, and the same held true for gay musical comedian Ken Yi, who was included in the first season. For Lee, a Chinese immigrant who identifies as LGBTQ and also nonbinary, it was important to share the spotlight with talented Asian comics from his community.

This year, producers tapped Aidan Park, a veteran of the L.A. comedy scene who came to the U.S. undocumented by way of South Korea. In 2018 he came out as HIV positive and lost his partner to complications from cancer in 2018 just after the first Comedy InvAsian special aired. Through all of that, the highly animated comic says laughter remains his source of strength.

When he got asked to do this weekend’s special, Park says he had two choices: Do the jokes he normally does in front of heteronormative crowds around the country, or lean into material that’s more personal. “I was like I’m gonna lean into the personal, man” Park says. “So for me to have an opportunity to talk about having been undocumented, being HIV positive, having lost my husband at a young age and making all of that funny has been such an interesting experience and I’m grateful for the opportunity.”

Comics like Tran and Park who have toured the country on stage say that despite the overall lack of visibility of Asians in entertainment, comedy show audiences have been very receptive toward Asian comics in the most unlikely of places far removed from the cultural smorgasbord of L.A.

“I did HIV undocumented jokes in Fresno — and they loved it!” Park adds. “There was not one Asian person in that crowd. People really do want to hear different perspectives.”

Loading...
Denial of responsibility! TechiLive.in is an automatic aggregator around the global media. All the content are available free on Internet. We have just arranged it in one platform for educational purpose only. In each content, the hyperlink to the primary source is specified. All trademarks belong to their rightful owners, all materials to their authors. If you are the owner of the content and do not want us to publish your materials on our website, please contact us by email – [email protected]. The content will be deleted within 24 hours.
AsianComicentertainment newsEntertainment updateHateLaughingnews updateshowcase
Share

Biden to meet with Ukrainian President at the White House Wednesday