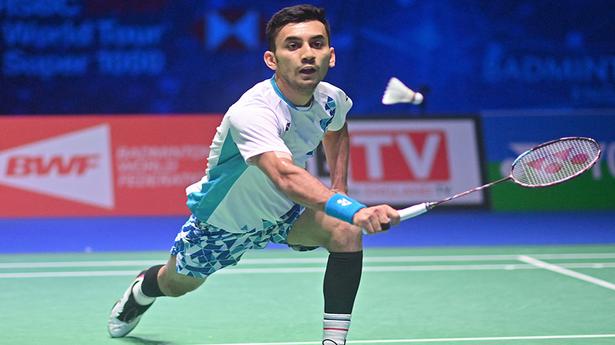 Lakshya Sen makes a habit of being a giant-killer

The return from Lee Zii Jia was wide. Lakshya Sen threw his racket up in the air. It was all over. He was through to the men’s singles final of the All-England badminton championship.

No Indian had reached there since Pullela Gopichand did in 2001. That makes Lakshya’s 21-13, 12-21, 21-19 win in the semifinal against the defending champion from Malaysia even more significant.

The 20-year-old from Almora (Uttarakhand) has been in some sparkling form this year and has made a habit of killing giants like Lee, the World No. 7. At the All-England championship, he had shocked World No. 3 Anders Antonsen of Denmark in straight sets to reach the quarterfinals.

In January this year, Lakshya, ranked 11th in the world, had shocked the reigning World champion Loh Kean Yew of Singapore to win the Indian Open at New Delhi. Then at the German Open he stunned the World No. 1 Viktor Axelsen of Denmark in the semifinals. Earlier on in the tournament at Mulheim, he had also surprised the World No. 5, Anthony Ginting of Indonesia.

Lakshya, however, had lost in the final to Thailand’s Kunlavut Vitidsarn. That was a week ago.

Later this afternoon at the All-England final, he would feel confident against Axelsen, having beaten him in Germany. But he will also be aware that the Dane will be thirsty for revenge.

If Lakshya has the last laugh at the Utilita Arena in Birmingham, he will become only the third Indian to be crowned champion at the world’s oldest badminton tournament. It is considered the Wimbledon of badminton and had also been recognised as the unofficial World championship until 1997.

The first Indian to triumph there was Prakash Padukone, the man who revolutionised the sport in India, in 1980. Then 21 years later, Gopichand became the second Indian to be crowned champion at the All England Open championship.

Badminton may not be the most popular sport in India, but surely many from this country will be following the final on this Sunday afternoon to find out if Lakshya could become the third Indian champion at the All England Open. Of course, with the emergence of world class performers like Saina Nehwal, P.V. Sindhu and Kidambi Srikanth, the game is now more popular than it was ever before, but you need spectacular shows like the one Lakshya is putting out now to ensure the game stays in focus and inspire kids to take up the game.

Lakshya, son of badminton coach D.K. Sen, had shown promise from early on in his career. After winning the boys’ singles bronze at the Asian junior championship in 2016, he upgraded his medal to gold two years later in the same event.

Denial of responsibility! TechiLive.in is an automatic aggregator around the global media. All the content are available free on Internet. We have just arranged it in one platform for educational purpose only. In each content, the hyperlink to the primary source is specified. All trademarks belong to their rightful owners, all materials to their authors. If you are the owner of the content and do not want us to publish your materials on our website, please contact us by email – [email protected]n. The content will be deleted within 24 hours.
All England badminton championshipgiantkillerhabitLakshyaLakshya Sennews updateprofile of Lakshya SenSen
Share

Second Covishield dose can be given between 8-16 weeks after first dose, says NTAGI reducing gap

Juul E-Cigarettes Banned from US Market

Mrunal Thakur: On-screen characters in uniform have been…