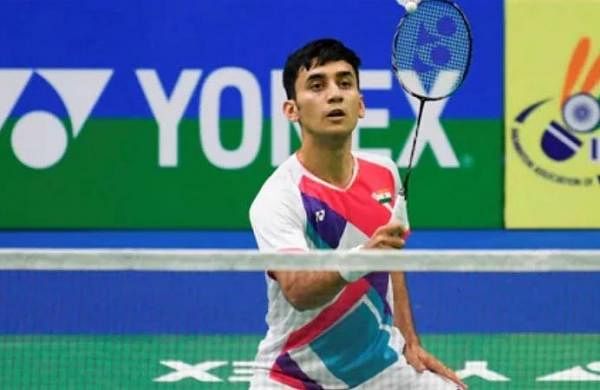 The World Championships bronze medallist bounced back from behind to level the second game but the third-seed from Chinese Taipei was superior in the decider with a 21-16 12-21 21-14 scoreline in his favour after an intriguing battle that lasted more than an hour.

This was Sen’s second straight defeat against Chou in less than a month.

Sen lost to his Chinese Taipei rival 19-21 21-13 17-21 during the group stage of the Thomas Cup, before turning it around to script a historic triumph.

The 2018 Asian Games silver medallist, who had defeated the Indian in the group stage of the Thomas Cup in their only previous meeting, put up a power-packed show in the decider and mounted early pressure on the 20-year-old.

The world No.4 from Chinese Taipei annexed three points in a row to build a six-point lead midway into the decider.

Sen was engaged in some superb rallies towards the end and even saved two match points but his valiant effort was not good enough as the experienced 32-year-old maintained his lead to make it a 2-0 in head-to-head against the Indian.

PV Sindhu will play her quarter-final against Ratchanok Intanon, later in the day.

Denial of responsibility! TechiLive.in is an automatic aggregator around the global media. All the content are available free on Internet. We have just arranged it in one platform for educational purpose only. In each content, the hyperlink to the primary source is specified. All trademarks belong to their rightful owners, all materials to their authors. If you are the owner of the content and do not want us to publish your materials on our website, please contact us by email – [email protected]. The content will be deleted within 24 hours.
ChallengeChenChouChou Tien-chenendsFightingLakshyaLakshya Sen
Share

Karan Wahi to make a comeback with ‘ChannaMereya’

htc: HTC to launch a new flagship smartphone on June 28: What to expect – Times of India

Basic water services in SA are in decay after years of …