Notice: amp_is_available was called incorrectly. `amp_is_available()` (or `amp_is_request()`, formerly `is_amp_endpoint()`) was called too early and so it will not work properly. WordPress is currently doing the `pre_get_posts` hook. Calling this function before the `wp` action means it will not have access to `WP_Query` and the queried object to determine if it is an AMP response, thus neither the `amp_skip_post()` filter nor the AMP enabled toggle will be considered. It appears the theme with slug `publisher` is responsible; please contact the author. Please see Debugging in WordPress for more information. (This message was added in version 2.0.0.) in /home/runcloud/webapps/techilive/wp-includes/functions.php on line 5313
 Lance Loud Was an Early Reality Star. He Was Also a Gay Punk Pioneer. - TechiLive.in 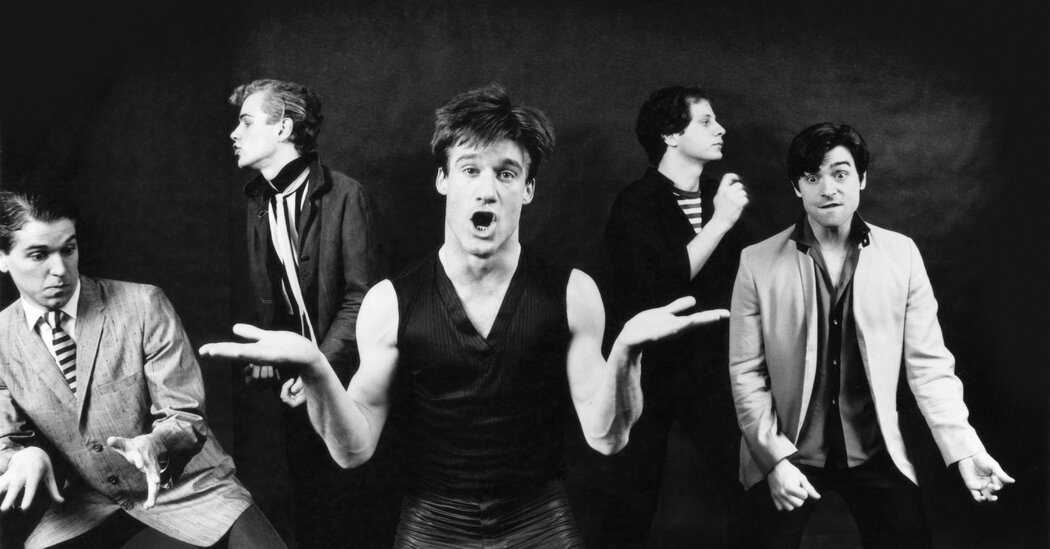 Lance Loud Was an Early Reality Star. He Was Also a Gay Punk Pioneer.

On February 20, 1973, Lance Loud earned a place in musical history that, at the time, nearly stopped his career cold.

That night, he appeared with his band, Loud!, on “The Dick Cavett Show” as part of an evening devoted to “An American Family,” the PBS program credited as TV’s first reality show. The cinéma vérité series, which featured the entire Loud clan, both riveted and appalled the nation with two revelations: the collapse of the parents’ marriage right on camera, and their eldest son, 20-year-old Lance, making his gay identity extravagantly clear. It was a profoundly rare declaration in that era of television, and by performing on Cavett, Lance led what was likely the first rock group with openly gay members to appear on a major commercial network.

“We never considered ourselves a ‘gay band,’” said Kristian Hoffman, Lance’s best friend, who wrote most of the group’s music. “We were a band.” But Loud! did have a broader identity challenge. “They saw us as this joke band from television,” Hoffman recalled from his home in Los Angeles. “No one took us seriously.”

At least, not at the start. But once the punk scene began, and Loud! morphed into the band Mumps, the group dovetailed perfectly with “the new culture of shock,” as Hoffman put it. Fans clamored for its Technicolor mix of glam-rock and operatic pop, which smashed together influences from Sparks, Roxy Music and the Kinks, crowned by Loud’s hyperbolic singing.

In 1975, Mumps became one of the first bands to play CBGB, opening for Television. They went on to become staples at that club, as well as at Max’s Kansas City, and toured the United States, even opening some shows for Cheap Trick and Van Halen. “They were one of the most interesting bands ever to perform at CBGBs,” the Talking Heads’ drummer Chris Frantz wrote in an email. “Their music was a unique mix of sweet and naughty.”

Yet, in their six years together (with a lineup that shifted a few times), Mumps never earned an album deal, managing to issue just two indie singles.

Now, nearly five decades later, in a music industry teeming with out L.G.B.T.Q. acts, Mumps are getting another shot. On Friday, the label Omnivore Recordings, known for releasing rare material from artists like Buck Owens and Alex Chilton, is releasing “Rock & Roll This, Rock & Roll That,” a 23-song compilation of the band’s work that’s the first to feature material from Loud! The release also marks a sad milestone: the 20th anniversary of Lance’s death of complications from hepatitis C.

The roots of Loud! began at Santa Barbara High School, where Hoffman first met Loud in art class. “I was the teacher’s pet, and Lance was the funniest guy in the room,” said Hoffman, who played keyboards in the band.

He cited Pat Loud — the family’s matriarch, who died in January at 94 — as the group’s first cheerleader: “The family had all these musical instruments laying around in the garage, and she encouraged everyone to get in there and play.” Two bands came out of the Loud household: the one seen on the PBS show featuring sons Grant and Kevin, the other led by Lance. “They had the skill,” Hoffman quipped. “We had the will.”

(They also had the chutzpah. After Hoffman and Loud attended the notorious Altamont festival in 1969, where they saw the Rolling Stones perform the not-yet-recorded song “Brown Sugar,” they not only started playing it in their sets, they took credit for writing it.)

Once “An American Family” became a sensation and the invitation came from Cavett, Pat agreed only if her children’s bands could play. But as Hoffman recalled, the performance was met by the studio audience “with a profound silence.”

To complicate matters, Loud was still reeling from bruising press, including a lengthy New York Times article published two days earlier that referred to his “flamboyant, leechlike homosexuality,” and went on to call him “the evil flower of the Loud family,” who lives in a world of “backward genders.” Hoffman said that the unflagging support of both men’s families made them both fully confident in their sexuality and gave them strength to persevere.

The band was buoyed by its nascent talent, including the drummer Jay Dee Daugherty, who went on to play in the Patti Smith Group; and an agile guitarist, Rob Duprey, who later worked with Iggy Pop. As their frontman, Loud proved so energetic, his sweat became a feature of their show. “He could actually aim it at someone,” Hoffman said. “And because CBGBs was so crowded, they couldn’t get away.”

The hip label Bomp Records released their debut single, “I Like to Be Clean,” a wry anti-sex anthem, and Mumps snagged Sparks’ manager, Joseph Fleury. Yet, when Fleury pitched A&M Records on both Mumps and another band he handled, the Dickies, the label snapped up only one, telling the manager, “We don’t want ‘the gay band.’”

Mumps songs never featured gay love scenarios, preferring sardonic observations and satirical exaggerations. Their second single, “Rock & Roll This, Rock & Roll That,” sent up the slogan-like salutes to the genre in song titles that, by then, had become a groaning cliché. “That was specifically written when Lou Reed titled his album ‘Rock ’n’ Roll Animal,’” Hoffman said. “How desperate must he have been to align himself with some trope in its death throes to sell a record?”

An intrigued Sire Records commissioned some demos from Mumps but ultimately passed. At the same time, other artists recognized Mumps’ rarity and worth. “The caliber of their musicianship was high,” said Clem Burke, the drummer for Blondie, who shared many bills with Mumps. “They were energetic and fun and probably smarter than most of the other bands on the scene. In fact, they may have been too smart for their own good.”

What impressed Rufus Wainwright most was that Mumps “followed no creed,” he said. “It wasn’t exactly punk or musical theater, but it had aspects of both. And they managed to put the dramatic flair of opera into a rock band. Plus, Lance was so sexy.”

Still, the eccentricity of the music, with its fitful chord progressions and askew melodies, could be daunting for audiences to fathom and for Loud to sing. “I wrote songs that didn’t always play to Lance’s strength,” Hoffman admitted. “But he was one of the greatest frontmen of all time.”

Mumps’ lack of success led to their 1979 split, after which Hoffman worked with artists including Klaus Nomi and James Chance, while Loud sustained a successful career in music journalism. (He contributed regularly to the magazines Details and Interview.) The two stayed best friends until Loud’s 2001 death. Now Hoffman is proud their music may finally reach a wider audience.

Denial of responsibility! TechiLive.in is an automatic aggregator around the global media. All the content are available free on Internet. We have just arranged it in one platform for educational purpose only. In each content, the hyperlink to the primary source is specified. All trademarks belong to their rightful owners, all materials to their authors. If you are the owner of the content and do not want us to publish your materials on our website, please contact us by email – admin@techilive.in. The content will be deleted within 24 hours.
Loading...
earlyGaylancelifestyle newslifestyle updateLoudnews updatepioneer
0
Share

After Its Superspreader Rehearsal, A Community Choir Struggles To Sing Together Again