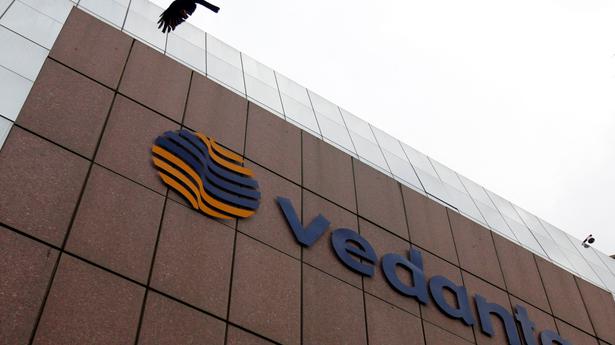 Vedanta Ltd. announced an interim dividend of $1.56 billion, of which $1.02 billion would go to holding company Vedanta Resources Ltd.

Vedanta Ltd. announced an interim dividend of $1.56 billion, of which $1.02 billion would go to holding company Vedanta Resources Ltd.

On April 28, mining company Vedanta Ltd. announced that its board of directors approved an interim dividend of ₹11,710 crore ($1.56 billion) of which $1.02 billion would be received by its holding company Vedanta Resources Limited (VRL).

“The large cash dividend is credit positive for VRL because it staves off some of the liquidity and refinancing risk tied to the holding company’s debt maturities in the first half of the fiscal year ending March 31, 2023 (fiscal 2023),” Moody’s said in an issuer comment.

At the same time, VRL has launched a tender offer to purchase for cash up to $500 million of its $1 billion senior unsecured notes maturing in July 2022.

The notes will be bought back at par, if the bonds are tendered by the early tender deadline on May 11, 2022.

Alternatively, they will be purchased at a 2% discount to face value for bonds tendered after the expiration of the early tender deadline on May 11, but tendered before May 25, 2022.

“VRL’s large debt maturities of $4 billion for fiscal 2023 include $2.75 billion alone at the holding company level, with the balance of $1.3 billion at various operating subsidiaries,” Moody’s said.

Of the holding company’s $2.75 billion debt maturities, $2.1 billion is due during April-September 2022 and the balance of $650 million is repayable during the remainder of the year.

VRL’s cash needs also include an intercompany loan repayment of $300 million in the first quarter of fiscal 2023 and a large interest bill that has climbed to $800 million annually.

“The expected $1 billion dividend receipt from Vedanta Ltd. will, therefore, help alleviate only some of the immediate cash needs of the company,” it said.

While the large cash dividend from Vedanta Ltd is credit positive, VRL’s negative ratings outlook remains unaffected because of its still substantial cash needs over the remainder of the fiscal year.

“We estimate the just announced dividends and some new bank loans and rollovers will help the holding company tide over its cash needs during first half fiscal 2023, but not beyond, which indicates our view that liquidity risk will remain persistent.

“VRL is weakly positioned at a Corporate Family Rating of B2, as reflected in its negative outlook, which is a result of the holding company’s scarce liquidity. Absent its weak liquidity, VRL’s operations are well positioned with favourable underlying demand and commodity prices that support continued positive free cash flow generation,” the rating agency said.

During fiscal 2022, Vedanta Ltd., which accounts for largely the entire earnings generation at VRL, generated operating EBITDA of $6 billion, up 66% from $3.6 billion in the previous fiscal year.

Denial of responsibility! TechiLive.in is an automatic aggregator around the global media. All the content are available free on Internet. We have just arranged it in one platform for educational purpose only. In each content, the hyperlink to the primary source is specified. All trademarks belong to their rightful owners, all materials to their authors. If you are the owner of the content and do not want us to publish your materials on our website, please contact us by email – [email protected]. The content will be deleted within 24 hours.
boostsbusiness newsBusiness updatedividendeffortsIndiaLargeMoodys
Share

How To Buy The Kosatka Submarine In GTA Online