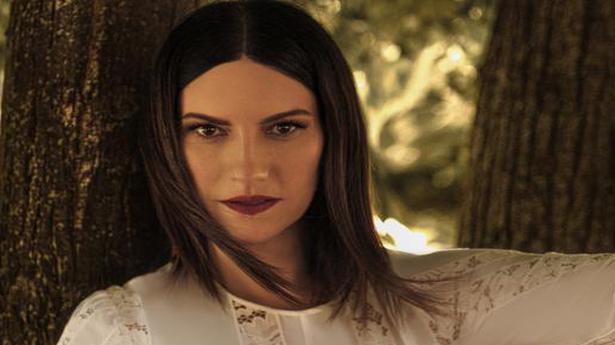 Pausini, one of the most highly regarded Italian artists in the world with over, has sold over 70 million albums worldwide

The untitled movie project is based on an original idea by Pausini and the script has been penned by Ivan Cotroneo and Monica Rametta, Amazon said in a press release.

Cotroneo, known for movies such as “I Am Love”, “Kryptonite!” and “Loose Cannons”, will direct the movie.

Pausini, one of the most highly regarded Italian artists in the world with over, has sold over 70 million albums worldwide.

Out of her 13 albums, her 2006 record ‘Escucha’ had bagged a Grammy Award for the Best Latin Pop Album.

She recentlycollaborated with songwriter Diane Warren for the song “Io Si”(Seen) whichwon Best Original Song in a Motion Picture at the Golden Globes, and was the first woman in the history of Italian music to be nominated at the Academy Awards for Best Original Song.

The plot details have been kept under wraps but Amazon said that the movie will showcase Pausini’s love forcinema, and unveils her true soul to the audience through exclusive never-before-seen glimpses of her private and professional life.

The audiences will also get to discover the new unknown aspects of Pausini’s personality and of her world through the movie, which will be produced by Endemol Shine Italy.

“I had been receiving offers for film projects for some time, but I couldn’t find anything that was special enough to devote my time and energy to,” Pausini said.

“I didn’t feel any urgency to tell my story, and I was looking for an innovative script,” she added.

The 47-year-old singer said she met the executives of Amazon Studios in February 2020 and found an important story that was worth sharing with the world.

“I am happy they immediately supported my artistic idea with enthusiasm. We will try to tell this story in the way I feel is the sincerest, as I have always been doing with music, this time with all my passion for cinema.

“Shortly before the Golden Globe victory, I started working with an Italian author and director that I really respect, and our collaboration generated this madness I am preparing to face with great dedication and that I am sure will amaze even those who think they know me well,” Pausini added.

Georgia Brown, Head of European Amazon Originals at Amazon Studios, welcomed the Italian star to the Amazon family, hailing her as an extraordinary artist who is loved and celebrated around the world.

“This Italian Amazon Original Movie is a truly innovative project and we’re delighted to be working with trail-blazing creators to create a compelling, unique story for our customers.We look forward to enchanting Prime Video audiences around the world with Laura’s incredible story,” she added.

The still untitled film has started shooting and will be released on streaming service Amazon Prime Video in 2022.

Denial of responsibility! TechiLive.in is an automatic aggregator around the global media. All the content are available free on Internet. We have just arranged it in one platform for educational purpose only. In each content, the hyperlink to the primary source is specified. All trademarks belong to their rightful owners, all materials to their authors. If you are the owner of the content and do not want us to publish your materials on our website, please contact us by email – [email protected]. The content will be deleted within 24 hours.
Loading...
Amazonamazon studiosbiopiccollaboratingentertainment newsEntertainment updateItalianitalian movie
0
Share

The U.S. and Japanese softball teams open with victories to start off the Games.