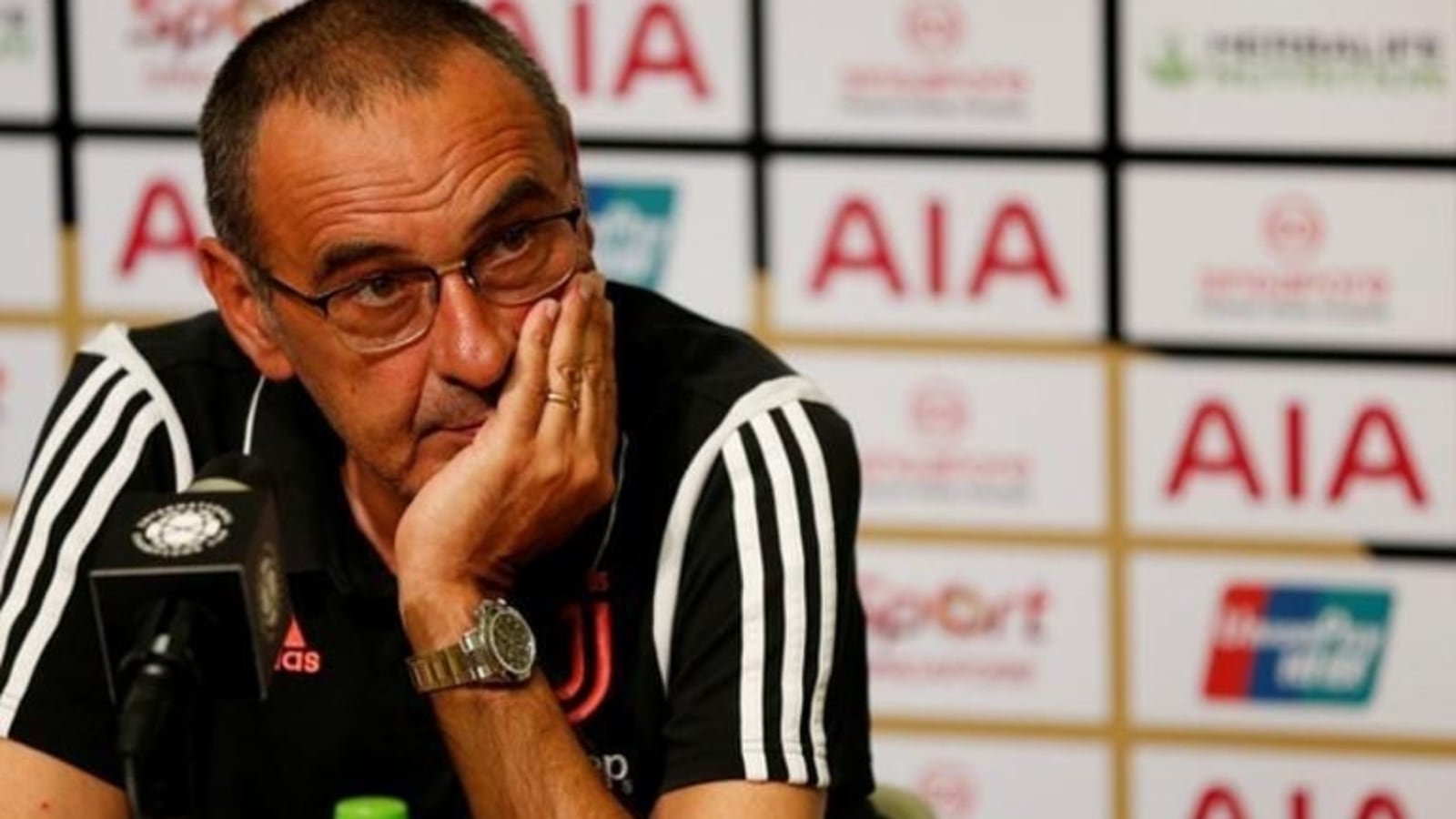 Lazio have appointed former Juventus and Chelsea manager Maurizio Sarri as their new head coach, the Serie A club said on Wednesday.

“Lazio announces that Maurizio Sarri is the new first-team coach,” Lazio said in a statement.

The statement did not mention the length of Sarri’s contract, but Italian media reported he has signed on for two years in Rome.

“Lazio have chosen a coach whose standing is in line with the need to consolidate and grow, in Italy and in Europe, the leading role that the club, its fans and the team deserves to have,” Lazio president Claudio Lotito said.

Earlier in the day, the Serie A club hinted at the appointment by posting an emoji of a cigarette on social media, a reference to the chain-smoking Sarri.

The capital club have been in talks with the former Juventus and Chelsea manager for several days as they looked for a successor to Simone Inzaghi, who joined Inter Milan last week.

Sarri has been without a club since he was sacked by Juventus in August 2020, despite winning the Serie A title.

Lazio, who finished sixth in Serie A in 2020-21, were on the hunt for a big-name replacement for long-serving Inzaghi, who was in charge at the Stadio Olimpico since April 2016.

Sarri, a former banker, spent more than 20 years coaching in Italy’s lower leagues before making his name at Napoli between 2015 and 2018.

There, he built a side that played flowing, attacking football and pushed Juventus very close for the Serie A title in 2017-18, finishing second with 91 points.

The 62-year-old’s work in Naples earned him a move to Chelsea in July 2018, where he won the Europa League title and led the London club to third place in the Premier League, but he left for Juve after one season in charge.

In Turin, Sarri led Juventus to a ninth consecutive league title but lost in the Coppa Italia final to former club Napoli, and he was sacked following a Champions League last-16 elimination at the hands of Olympique Lyonnais.

Denial of responsibility! TechiLive.in is an automatic aggregator around the global media. All the content are available free on Internet. We have just arranged it in one platform for educational purpose only. In each content, the hyperlink to the primary source is specified. All trademarks belong to their rightful owners, all materials to their authors. If you are the owner of the content and do not want us to publish your materials on our website, please contact us by email – [email protected]. The content will be deleted within 24 hours.
Coachfootball newsJuventuslaziomaurizio sarrinews updateSarriSerie A
0
Share