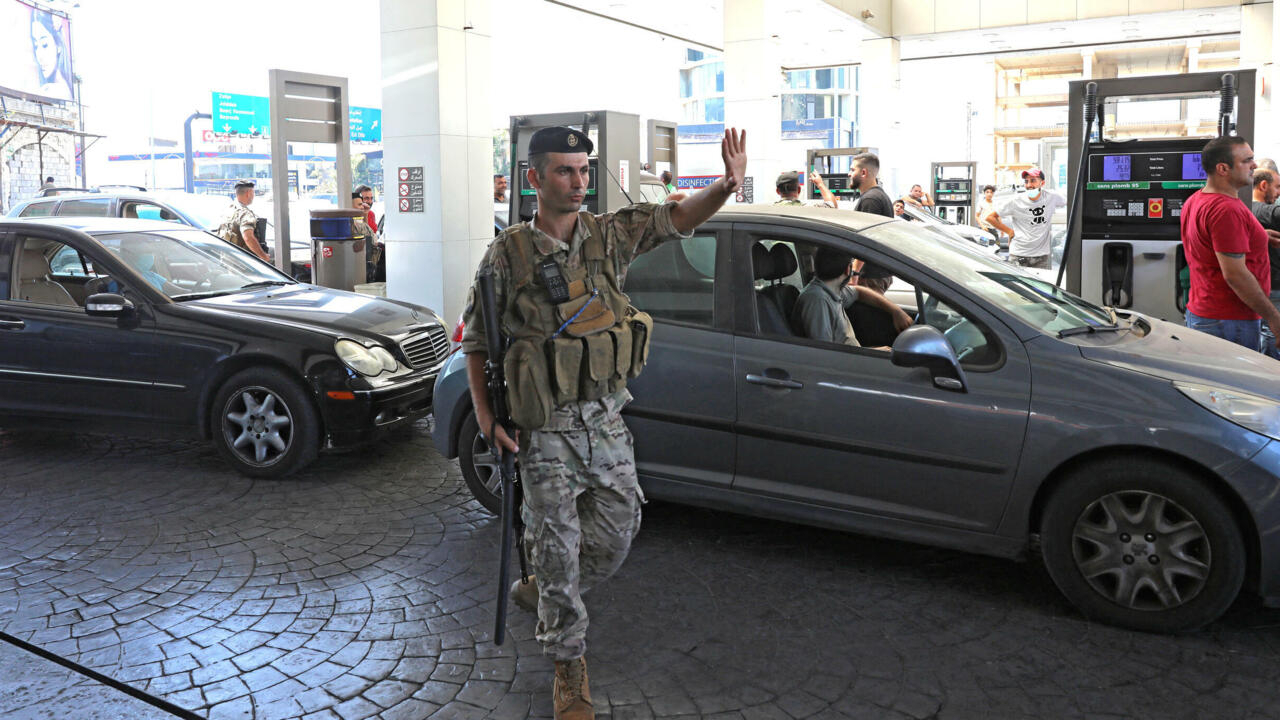 Lebanon’s army Saturday raided gas stations and seized petrol to curb hoarding as the central bank chief stood firm on his decision to halt fuel subsidies.The shortages have forced several businesses to scale back operations. The American University of Beirut Medical Center said it was threatened with a forced shutdown as early as Monday.

Lebanon is gripped by one of the world’s worst economic crises since the 1850’s, according to the World Bank, and is struggling with fuel, bread and medicine shortages.

On Wednesday central bank chief Riad Salameh said he would halt state subsidies on fuel imports to ease pressure on the bank’s dwindling foreign reserves, sparking panic across the country.

Beirut is a ghost city today. Shops are closed, streets are nearly empty, and there’s just miles and miles of cars parked on the side of the road, waiting for fuel.


Saturday Salameh insisted he would not back down from his decision without a parliamentary vote, saying foreign reserves had fallen to $14 billion.

“I will not review the removal of subsidies on fuel unless the use of compulsory reserves is legalised” by a parliamentary vote, he told a local radio.

The Lebanese pound has lost more than 90 percent of its value on the black market, and 78 percent of the population lives below the poverty line.

Crippling shortages of fuel and power cuts lasting more than 22 hours per day have left many businesses and homes without the diesel needed to power private generators, plunging the country into darkness.

They have also caused giant queues at petrol stations that are rationing gasoline supply, allegedly because of low stock.

Fuel importers blame the crisis on a delay by the central bank in opening credit lines to fund imports.

Salameh denied those charges on Saturday, accusing importers and distributors of holding back fuel to sell it higher prices in the black market, or across the border in Syria.

“The importers are to blame,” Salameh said, accusing them of squandering $820 million the lender had fronted for three months of imports.

To stem hoarding, the army on Saturday said it was raiding closed gas stations to seize gasoline and distribute it “free of charge” to the people.

It shared pictures and video footage on its social media pages showing soldiers working pumps at gas stations and filling up car tanks.

An AFP correspondent saw soldiers deployed at several gas stations north of Beirut, where hundreds of vehicles had been queueing for long hours to fill up on petrol.

But some Lebanese remained bitter.

“The army’s decision is too late,” said one motorist who had been waiting for hours in the simmering heat.

After the army’s deployment, many petrol stations across the country reopened after closing for several days.

The police also announced Saturday they would dispatch patrols to gas stations believed to be hoarding fuel and confiscate it.

The worsening fuel crisis is part of Lebanon’s wider financial meltdown. Hospitals, bakeries and many businesses are scaling back operations or shutting down as fuel runs dry.

The American University of Beirut Medical Center said it was threatened with a forced shutdown as early as Monday because of shortages of fuel used to generate electricity.

“This means that ventilators and other lifesaving medical devices will cease to operate. Forty adult patients and 15 children living on respirators will die immediately,” the hospital said.

The central bank’s move to end subsidies will mean sharp price increases. It is the latest turn in a crisis that has sunk the Lebanese pound by 90% in less than two years and pushed more than half the population into poverty.

The central bank has effectively been subsidising fuel and other vital imports by providing dollars at exchange rates below the real price of the pound – most recently at 3,900 pounds to the dollar compared with parallel market rates above 20,000.

This has eaten into a reserve which Salameh said now stood at $14 billion.

To continue providing such support, the central bank has said it needs legislation to allow use of the mandatory reserve, a portion of deposits that must be preserved by law.

“We are saying to everyone: You want to spend the mandatory reserve, we are ready, give us the law. It will take five minutes,” Salameh said.

“Humiliation of the Lebanese”

The government has said fuel prices must not change. Fuel importers say they cannot import at market rates and sell at subsidised rates, and want clarity.

The central bank and oil authority told importers to sell their stocks at the subsidised rate of 3,900 pounds to the dollar, prioritising hospitals and other essential functions.

Salameh said the bank had been obliged to finance traders who were not bringing their product to the market, and that more than $800 million spent on fuel imports in the last month should have lasted three months.

Salameh said there was no diesel, gasoline or electricity, adding: “This is humiliation of the Lebanese.” Lebanese politicians have failed to agree on a new government since Prime Minister Hassan Diab quit last August after a deadly explosion at Beirut port. He has stayed on as caretaker prime minister.

Denial of responsibility! TechiLive.in is an automatic aggregator around the global media. All the content are available free on Internet. We have just arranged it in one platform for educational purpose only. In each content, the hyperlink to the primary source is specified. All trademarks belong to their rightful owners, all materials to their authors. If you are the owner of the content and do not want us to publish your materials on our website, please contact us by email – [email protected]. The content will be deleted within 24 hours.
BankChiefDeployeconomic crisisFossil FuelsfuelgasHalts
Share

‘I’m worried every time I go there’: Families paying to keep kids at home from childcare