Notice: amp_is_available was called incorrectly. `amp_is_available()` (or `amp_is_request()`, formerly `is_amp_endpoint()`) was called too early and so it will not work properly. WordPress is currently doing the `pre_get_posts` hook. Calling this function before the `wp` action means it will not have access to `WP_Query` and the queried object to determine if it is an AMP response, thus neither the `amp_skip_post()` filter nor the AMP enabled toggle will be considered. It appears the theme with slug `publisher` is responsible; please contact the author. Please see Debugging in WordPress for more information. (This message was added in version 2.0.0.) in /home/runcloud/webapps/techilive/wp-includes/functions.php on line 5313
 Leonardo DiCaprio called unrecognisable in Killers of the Flower Moon first-look, fans disagree: 'He's the salt shaker' - TechiLive.in 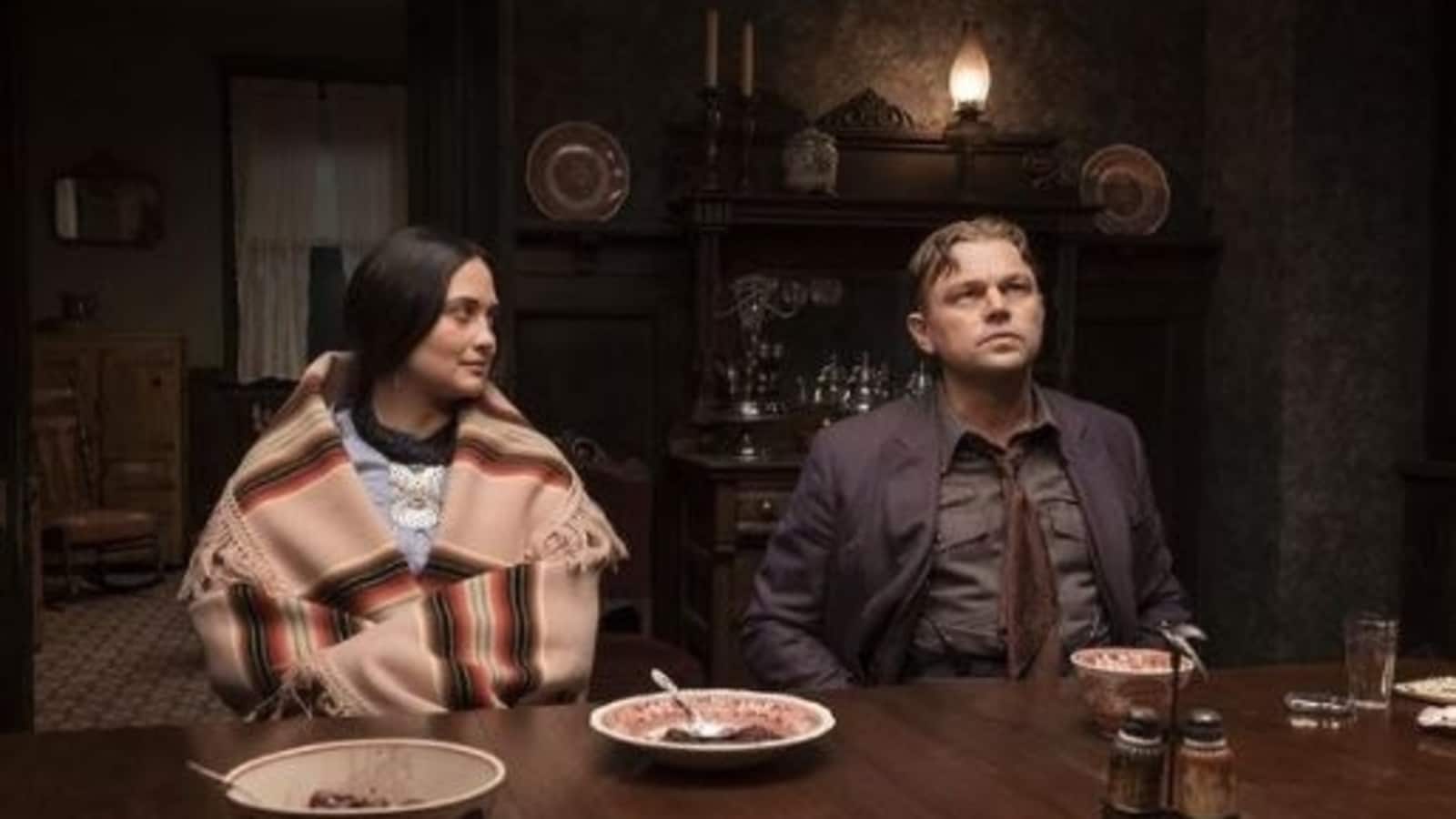 Actor Leonardo DiCaprio has unveiled his and Lily Gladstone’s first look from Killers of the Flower Moon. The period thriller movie is directed by Oscar-winning filmmaker Martin Scorsese.

Taking it Instagram, Leonardo shared a picture of both the actors sitting at a dinner table. While Leonardo plays the character of Ernest Buckhart, Lily plays his wife Mollie Burkhart. The movie also stars Robert De Niro in a pivotal role.

However, a New York Post tweet called Leonardo ‘unrecognisable’ in the pictures. Leo looks a little pale in the picture but many could still easily identify him. Twitter users, including celebrities, reacted to it with their post.

Guardians of the Galaxy director James Gunn wrote, “He must be the person in the left if he’s unrecognizable because the person on the right looks exactly like Leonardo DiCaprio.”

He must be the person in the left if he’s unrecognizable because the person on the right looks exactly like Leonardo DiCaprio. https://t.co/iy0Znlniaq

A Twitter user wrote, “Completely unrecognizable. I can’t tell if Leo is the woman on the left or the one who looks exactly like Leonardo DiCaprio.” Another said, “The only way this comment makes sense is if the person on the left is Leonardo DiCaprio.” A third said, “So the thing that really looks a lot like Dicaprio isn’t Dicaprio? I think he’s one of the salt and pepper shakers. That would be just like him. #LeonardoDiCaprio #unrecognisable.”

Here are some more reactions:

Killers of the Flower Moon is based on a book by David Grann of the same name. In the first look picture, while, Leonardo is wearing a purple blazer paired with a grey shirt and brown tie, Lily is seen dressed in traditional Osage clothing, wrapped in a Pendleton blanket accessorized with a black scarf.

The film is a crime drama set in 1920s Oklahoma and depicts a string of brutal murders of Osage Nation Native Americans, which came to be known as the Reign of Terror. The Osage Nation, who were the richest people per capita in the world, were killed one by one after oil was discovered on their land.

Even as the dispute spills over public domain through social media, the former couple remains adamant on their positions

Actor Randeep Hooda shares his views on the big OTT versus theatres debate, saying that the digital platform is not a threat to the silver screen.

Loading...
Denial of responsibility! TechiLive.in is an automatic aggregator around the global media. All the content are available free on Internet. We have just arranged it in one platform for educational purpose only. In each content, the hyperlink to the primary source is specified. All trademarks belong to their rightful owners, all materials to their authors. If you are the owner of the content and do not want us to publish your materials on our website, please contact us by email – admin@techilive.in. The content will be deleted within 24 hours.
CalledDiCaprioentertainment newsEntertainment updatekillersKillers of the Flower MoonLeonardoLeonardo DiCaprio
0
Share

To Vaccinate Younger Teens, States and Cities Look to Schools, Camps, Even Beaches