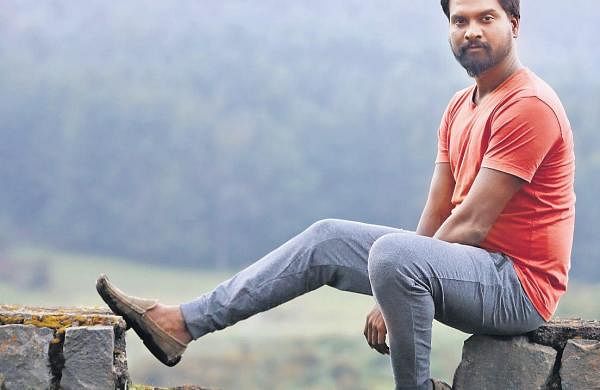 Although Pavel Navageethan is best-known for his roles in Madras, Vada Chennai, and the recently released Boomika, filmmaking has always been his primary aspiration. Acting, he says, “was due to necessity”. “Bramma (director) and I were working in an NGO while hunting for opportunities in the film industry. When we planned to shoot Kuttram Kadithal, Bramma suggested that I act in it as I knew the script in and out, and it would also help us cut the budget. Little did we know that the film would fetch us a National Award,” says Pavel, who eventually managed to get his debut directorial, V1 Murder Case, off the ground in 2019.

“I have managed to learn something from every filmmaker I’ve worked with,” tells Pavel, who has acted in the direction of prolific filmmakers like Pa Ranjith and Vetri Maaran. “Vetri Maaran sir, for instance, can never be content with his work; have you ever heard him boast about any of his films?” asks Pavel, adding, “Vetri Maaran is his first critic. I have understood how important it is to treat every film as your first film. My biggest learning from him is that, regardless of a film’s success, one has to put it all behind and move forward.”

Pavel, who made his on-screen debut with Pa Ranjith’s Madras (2014), feels working with the filmmaker made him understand the importance of treating people equally. The actor says, “The film industry fuels hierarchy and there is little space for equality here. Ranjith, however, doesn’t adhere to such systems. Ranjith is a great leader who can guide the entire team towards a goal with a sense of togetherness. We can extract stories from people and present it back to them only when we live among them as a simple, approachable human.”

In Pavel’s latest release, Rathindran R Prasad’s Boomika, the actor essays the challenging role of Dharman, a security guard who always has the back of the central characters. Pavel shares that playing Dharman was, indeed, challenging. “I traveled to Ooty and stayed with the Kurumba tribe for a week, studying their body language and dialect. I came back to Chennai with audio recordings and practiced the Kannadiga-Thamizh slang. Rathindran was impressed with how quickly I picked up the dialect,” Pavel shares. “Not limiting myself to the dialogue modulation, I also tried to base my character’s physical movements on a tortoise; the way I walk or slowly turn my head around have the energy of a tortoise.”

Pavel, who has mostly played negative roles so far, shares that his performance in Boomika is opening new avenues for him as an actor. Furthermore, Pavel recently forayed into Telugu cinema as the primary antagonist in Sridevi Soda Center. However, things are changing now. “On one hand, Tamil filmmakers are approaching me to play important, softer characters, while on the other hand, Sridevi Soda Center has been fetching me villainous roles. I’m glad about the direction my acting career is taking,” he says, adding that he is in no hurry to wield the megaphone for the second time. “I have always been selective about my work, be it acting or directing. I do extensive research for my scripts and one of them is nearing completion. It might go on floors by the end of this year or the next year,” Pavel signs off.

Loading...
Denial of responsibility! TechiLive.in is an automatic aggregator around the global media. All the content are available free on Internet. We have just arranged it in one platform for educational purpose only. In each content, the hyperlink to the primary source is specified. All trademarks belong to their rightful owners, all materials to their authors. If you are the owner of the content and do not want us to publish your materials on our website, please contact us by email – [email protected]. The content will be deleted within 24 hours.
entertainment newsEntertainment updateLessonsfromNaturenews updatetechi live
Share