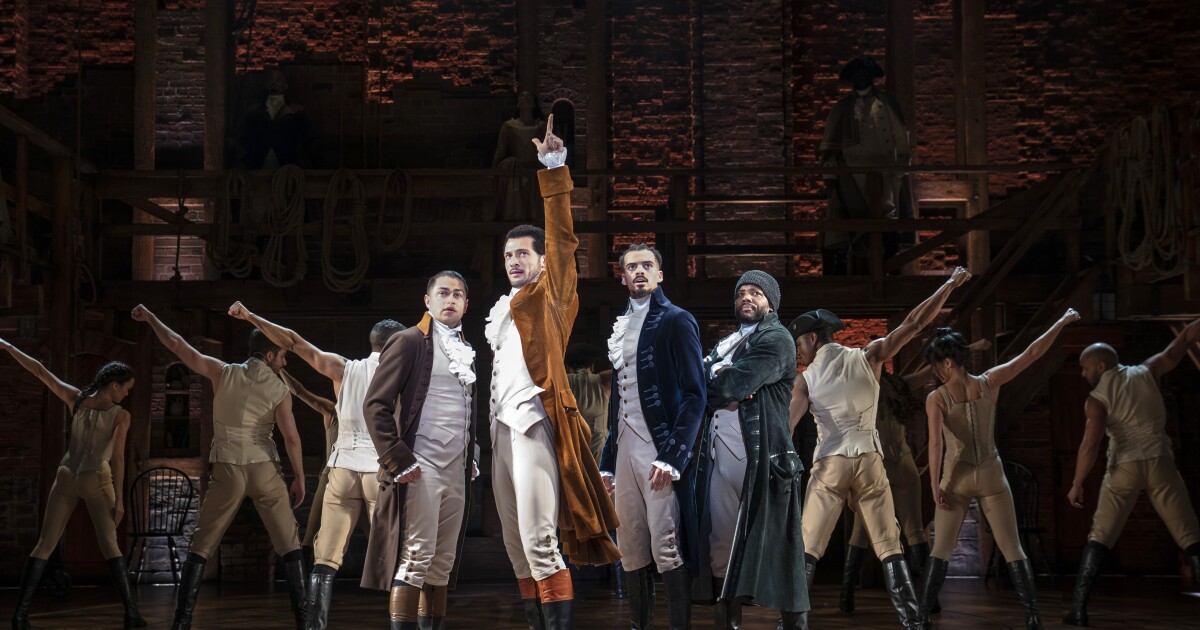 Letters to the Editor: Applause for theater critic’s stand on COVID-19 vaccines

It’s time for everyone to get vaccinated

I know that as a theater critic, Charles McNulty is not the one who regularly receives applause, but I believe he deserves a standing ovation for his column [“Actors, Vax Up or Get Off the Stage,” Aug. 23].

Vaccines work. We don’t have polio outbreaks in the U.S. because of vaccinations.

Those who refuse vaccines put themselves and others at risk. I am a performer, and I know live performances can continue only by making sure all participants, crew and viewers are vaccinated.

McNulty, whose prowess with a sentence is something I would not wish to come up against in a dark alley, unleashed the wrath of millions of us on those who will not take personal responsibility for keeping our communities safe by receiving a simple vaccine.

Clearly and directly written, with great style and, of course, a good measure of drama. McNulty’s words channel the anger a majority of us feel toward those whose arrogance and selfish impudence defy all standards of social decency.

Movies and theater aren’t my thing. Science and politics are.

Nevertheless, my wife referred me to McNulty’s column. It was very well done, the Asimov quote and contrasting viewpoints from the theater community, all while making it crystal clear what he was thinking. And what McNulty was thinking is what I believe all reasonable people should be thinking.

As far as I’m concerned, if printed on the opinion page, this column would be one of the best commentaries.

Great column, one of the best I’ve seen on the COVID-19 pandemic. And coming from a theater critic in the Calendar section, no less.

Thank you for writing your stories on the life and film and TV credits of Ed Asner [by Sonaiya Kelley, Nardine Saad and Dennis McLellan]. “Lou Grant” was my favorite TV show when I was in high school in a small town in South Dakota. Because of that show, I was determined to become a newspaper reporter and go live in L.A. and work for Lou and his team of reporters and photographer Animal.

I never became a reporter (as you can tell by my writing), but I do live in the L.A. area and I often think about that show when I pick up my L.A. Times from my driveway and wonder if many people working for The Times (past or present) were influenced by “Lou Grant.”

Thanks for your great work. Lou might have given you a small smile.

I accept your apology for overlooking one of Asner’s early performances in “Police Story” in Robert Lloyd’s appreciation [“Tough Yet Cuddly,” Aug. 31]. I think it was a one-shot turn on that show but it stuck with me all these years. He was perfectly cast as a detective. Your appreciations for him were tremendous.

Regarding “Theater Owners Plead Case to Studios” [by Ryan Faughnder, Aug. 25]: As an avid movie fan, I agree with theater owners. This latest action of the studios is trying to ruin the theater business, and it is ruining the moviegoing pleasure for fans as well.

It was bad enough when theaters were closed because of the pandemic. Now that they are open again, their business is down and their movie offerings are limited. This is because the studios have been holding back films, waiting for the return of audiences, who in turn are waiting for more movies to be released.

Now, the studios are releasing films to streaming services. That is causing the theaters to turn down films because it is killing their crowds, and movie stars who are paid based on a percentage of the box office income are being cheated on their pay. The federal government should look into this as a trust-busting case.

New movies must be released to the theaters first, and then to other outlets after a minimum of a month’s wait.

I love it that Christopher Knight’s commentary about MOCA’s embargoed press release regarding its new director [“Email Sign of Bigger Mess at MOCA”] landed on Page 1 of Calendar, while the actual article about the director’s appointment came on Page 6. Take that, MOCA.

Denial of responsibility! TechiLive.in is an automatic aggregator around the global media. All the content are available free on Internet. We have just arranged it in one platform for educational purpose only. In each content, the hyperlink to the primary source is specified. All trademarks belong to their rightful owners, all materials to their authors. If you are the owner of the content and do not want us to publish your materials on our website, please contact us by email – [email protected]. The content will be deleted within 24 hours.
Loading...
applauseCovid19criticseditorentertainment newsEntertainment updateLettersnews update
Share

University Guide 2022: university profiles from A to Z