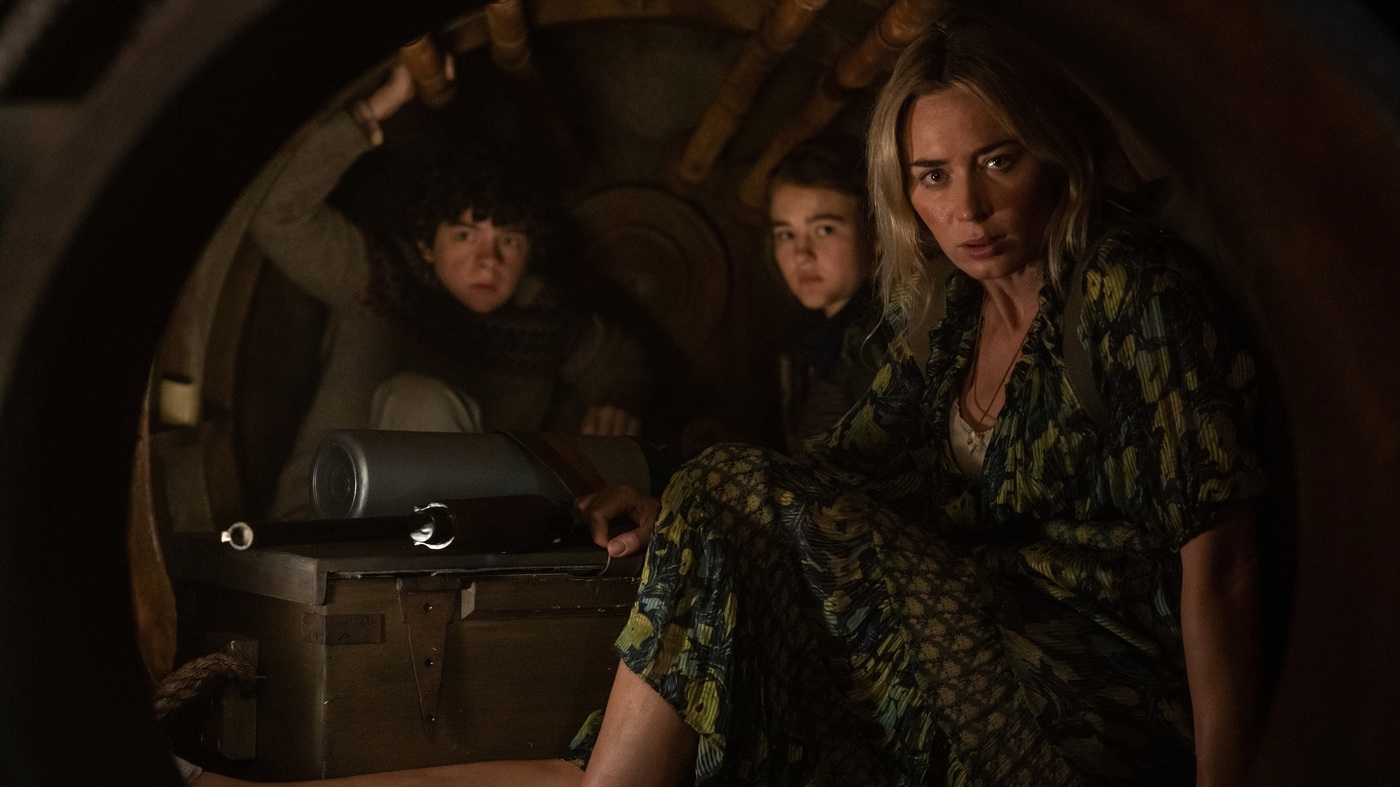 In the sensational 2018 thriller A Quiet Place, humanity has been ravaged by hideous alien predators with extraordinary powers of hearing. The story follows the Abbotts, a family of survivors who must stay quiet at all times, unable to talk or sneeze or step on a creaky floorboard or they’ll likely be dead.

It was a killer word-of-mouth hook: Here was a movie you had to watch in a theater in your own state of silence, with no slurping or popcorn crunching allowed.

A Quiet Place became a huge success, and its filmmaker and star, John Krasinski, wrote and directed a sequel that was supposed to open in March 2020. But then the COVID-19 pandemic forced theaters to close, and the movie’s release was postponed.

Now, more than a year later, theaters have reopened, and A Quiet Place Part II is drawing large audiences. Is it too soon to go back to theaters, with the pandemic not yet fully subsided? I wondered as much when I watched the film at a recent media screening. I felt pretty safe: I was wearing a mask in a nearly empty theater and had been fully vaccinated weeks earlier. But I also felt privileged to be seeing a film on a big screen with strict precautions in place.

Whether you go to see it now or wait until it begins streaming, A Quiet Place Part II is likely to make you a little jumpy. It doesn’t have the same claustrophobic intensity as its predecessor, but it’s just as taut, suspenseful and beautifully made.

As before, Krasinski doesn’t explain why the aliens are here in the first place. But he does give us an opening flashback to the terrible day they arrived, laying waste to the Abbotts’ small town in upstate New York — and other towns and cities all over the globe. Many people die, but the Abbotts survive, mainly because they’re quick to realize that the monsters hunt by sound.

Then the movie flashes forward many months, picking up right after the events of the first film. Krasinski’s character, Lee Abbott, has been tragically killed, leaving behind his wife, Evelyn, played by a fierce Emily Blunt, and their children. (Krasinski and Blunt are married in real life.)

The family is shaken but resilient: They’ve finally discovered the aliens’ fatal weakness, and they’re curious about making contact with other survivors. And so they set out from their farmhouse and make their way across an overgrown post-apocalyptic landscape where danger lurks around every corner.

The fact that the characters can’t speak out loud is one reason the Quiet Place movies are so effective: Not being able to fall back on verbal exposition has forced Krasinski to become a ruthlessly efficient visual storyteller. It’s often said that Alfred Hitchcock’s movies are so sharply directed, you could turn the sound off and still follow the action — a truth that applies to these movies as well.

It helps that the Abbotts are fluent in American Sign Language since their oldest child, Regan, is deaf — as is the actor who plays her, the remarkable Millicent Simmonds. As in the first film, Regan emerges as the story’s truest hero: She’s tough, courageous and determined to help as many other people as she can. Less eager to take action is her traumatized younger brother, Marcus, heartbreakingly played by Noah Jupe.

Eventually the Abbotts take temporary shelter in an abandoned steel factory where they reunite with an old family friend, Emmett, played by a grave Cillian Murphy. Emmett is grieving the loss of his family and has become deeply cynical about humanity, at one point saying, “The people that are left … they’re not worth saving.” Regan disagrees; not only are people worth saving, she says, but if enough of them join forces, they might be able to fight back against the aliens.

‘A Quiet Place Part II’ [is] an unexpectedly resonant film for the present moment as this country slowly emerges from a crisis that — while surely less terrifying than an alien apocalypse — has revealed humanity at its best and its worst.

The movie seems to think they both have a point. As Regan and Emmett embark on a perilous journey in search of survivors, they find themselves in situations that give rise to both hope and despair. Some of the people they meet are as predatory as the monsters; others are as brave and compassionate as Regan. That makes A Quiet Place Part II an unexpectedly resonant film for the present moment as this country slowly emerges from a crisis that — while surely less terrifying than an alien apocalypse — has revealed humanity at its best and its worst.

The movie ends on an inconclusive note, leaving the door open for another sequel, which is both frustrating and heartening. I’m already looking forward to finding out what happens next — hopefully in a dark theater, watching as quietly as I can.

Loading...
Denial of responsibility! TechiLive.in is an automatic aggregator around the global media. All the content are available free on Internet. We have just arranged it in one platform for educational purpose only. In each content, the hyperlink to the primary source is specified. All trademarks belong to their rightful owners, all materials to their authors. If you are the owner of the content and do not want us to publish your materials on our website, please contact us by email – [email protected]. The content will be deleted within 24 hours.
carefullyentertainment newsEntertainment updatelistennews updateplacepresentQuiet
0
Share