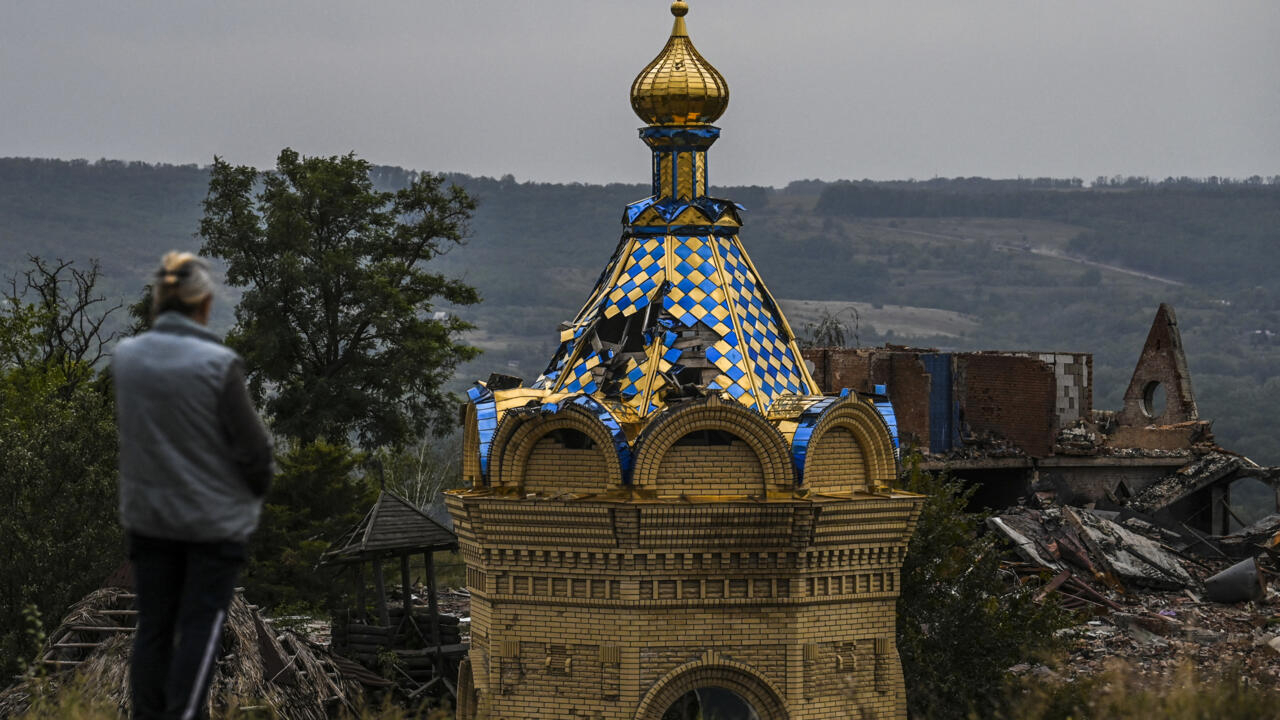 Live: Ukraine calls on allies to speed up arms deliveries after Russian retreat

Ukraine’s President Volodymyr Zelensky called on the West to speed up weapons deliveries as Ukrainians move to consolidate control over the territories surrounding Kharkiv seized back from Russia. Ukraine’s troops have recaptured dozens of towns in the region as many Russian soldiers retreated back over the border. In a retaliatory move Russia struck several recaptured areas with missiles overnight. Read FRANCE 24’s live blog for all the latest developments. All times are Paris time (GMT+2).

5:12am: Ukraine recaptures more ground as Russia strikes back

Ukraine said Monday that its forces regained yet more ground in the past 24 hours and retook an area seven times the size of Kyiv this month, as Russia responded with strikes on some recaptured areas.

The territorial shifts marked one of Russia’s biggest reversals since its troops were turned back from Kyiv in the earliest days of the nearly seven months of fighting, yet Moscow signalled it was no closer to agreeing to a negotiated peace.

1:54am: Ukraine calls for more Western arms after Russian retreat

Ukraine’s President Volodymyr Zelensky called on the West to speed up deliveries of weapons systems as Ukrainian troops move to consolidate control over a large swath of northeastern territory seized back from Russia.

Since Moscow abandoned its main bastion in northeastern Ukraine on Saturday, marking its worst defeat since the early days of the war, Ukrainian troops have recaptured dozens of towns in a stunning shift in battleground momentum.

A senior US military official said Russia has largely ceded territory near Kharkiv in the northeast and pulled many of its troops back over the border. Washington and its allies have provided Ukraine with billions of dollars in weapons that Kyiv says have helped limit Russian gains. In a video address late on Monday, Zelensky said Ukraine and the West must “strengthen cooperation to defeat Russian terror”.

Denial of responsibility! TechiLive.in is an automatic aggregator around the global media. All the content are available free on Internet. We have just arranged it in one platform for educational purpose only. In each content, the hyperlink to the primary source is specified. All trademarks belong to their rightful owners, all materials to their authors. If you are the owner of the content and do not want us to publish your materials on our website, please contact us by email – [email protected]. The content will be deleted within 24 hours.
alliesarmscallsDeliveriesEuropeHealth newsHealth updateLive
Share

Emmys 2022: Here’s the list of key winners from the ceremony