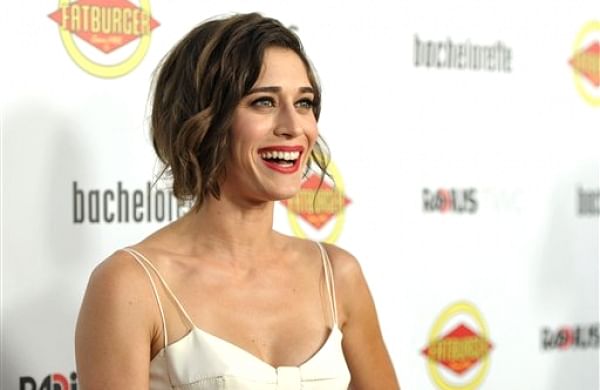 LOS ANGELES: Lizzy Caplan, known for films like “Mean Girls” and series “Masters of Sex”, will play the female lead in “Fleishman Is in Trouble” set up at FX on Hulu.

It follows the story of recently separated fortysomething Toby Fleishman, who dives into the brave new world of app-based dating with the kind of success he never had dating in his youth, before he got married at the tail end of medical school.

But just at the start of his first summer of sexual freedom, his ex-wife disappears, leaving him with the kids and no hint of where she is or whether she plans to return.

Caplan is said to be playing Libby, the narrator of the series.

FX is yet to confirm the casting.

Brodesser-Akner will serve as the writer of the nine-episode series and will executive produce it along with Sarah Timberman, Carl Beverly and Susannah Grant.

Jonathan Dayton and Valerie Faris, the director duo behind “Little Miss Sunshine”, will direct multiple episodes of the show.

Due to scheduling conflicts with “Fleishman Is in Trouble”, Caplan won’t be joining the newly announced “Party Down” revival.

Starz has given the 2009 comedy series a new six-episode order.

Other cast members Ken Marino, Adam Scott, Jane Lynch, Martin Starr, Ryan Hansen, and Megan Mullally are all slated to reprise their roles in the cult classic, which follows a group of dreamers working on a Los Angeles catering team.

Caplan was recently tapped for the female lead, Alex, in “Fatal Attraction”, the series reimagining of the classic 1980s psychosexual thriller from Paramount Plus.

Denial of responsibility! TechiLive.in is an automatic aggregator around the global media. All the content are available free on Internet. We have just arranged it in one platform for educational purpose only. In each content, the hyperlink to the primary source is specified. All trademarks belong to their rightful owners, all materials to their authors. If you are the owner of the content and do not want us to publish your materials on our website, please contact us by email – [email protected]. The content will be deleted within 24 hours.
Caplanentertainment newsEntertainment updateFameFleishmanFleishman Is in TroubleFleishman LizzyGirls
Share