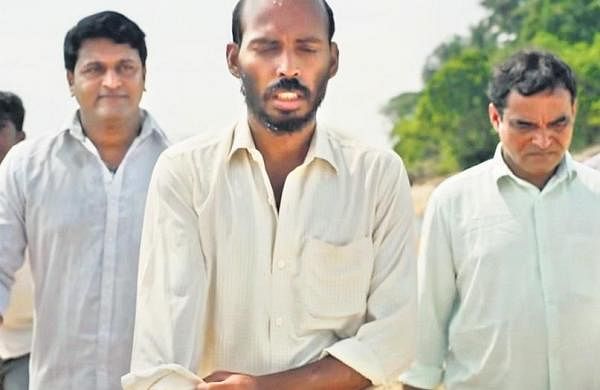 Lockdown was a blessing in disguise for GGVV, says Raj B Shetty

The countdown is set for Raj B Shetty’s upcoming directorial, Garuda Gamana Vrishaba Vahana, which is set for a worldwide release on November 19. Billed to be a gangster drama, the film marks Raj’s 2nd directorial. Starting himself and Rishab Shetty in the leads GGVV also boasts of an ensemble cast of at least 40 artistes.

The film will be presented by Rakshit Shetty under the banner, Paramvah Studios, and distributed by KRG Studios. Post lockdown, this is one of the first Kannada films to be getting a grand worldwide release. Apart from India, the film is expected to be released in the USA, UAE, Singapore and Canada. In fact, in some places, there is a premiere on November 18.

In an interaction with us, Raj B Shetty lists out a few interesting facts about the film, and reasons, why the gangster drama will be a worthy watch. The lockdown was a blessing in disguise for GGVV. Now, we can’t really complain about time constraints. We had all the time on our hands to bring out the best possible product. The style of music by Midhun Mukundan is what I consider a plus point of GGVV. This again was possible because the music director got ample time to deliver the right kind of tunes.

The highlight of GGVV will also be the performance, and it is not limited to just one or two actors. GGVV is a collaborative effort, and we can’t pick and choose who is the best because everyone gave it their best.
Breaking of stereotypes has been a constant effort in GGVV. This can be seen right from the selection of the subject, the making of the film,  the evolution of the various artists and technicians over the course of the making, and of course, the overall product.

Mangaluru, as a place which will give you joy, but Mangala Devi, which is within the coastal belt will give a distinct experience. We have defined it in the film’s caption, and the Huli vesha, or what we call tiger dance adds pride to GGVV. The transformation of characters by various actors, including Rishab Shetty, Prakash Thumbinad, and me will be distinct. We’ve put together actors, who are good at comedy, and made a serious film. The backing of Rakshit Shetty will make the audiences believe they are in for a quality ride.

Denial of responsibility! TechiLive.in is an automatic aggregator around the global media. All the content are available free on Internet. We have just arranged it in one platform for educational purpose only. In each content, the hyperlink to the primary source is specified. All trademarks belong to their rightful owners, all materials to their authors. If you are the owner of the content and do not want us to publish your materials on our website, please contact us by email – [email protected]. The content will be deleted within 24 hours.
blessingdisguiseentertainment newsEntertainment updateGGVVLockdownnews updateRaj
Share