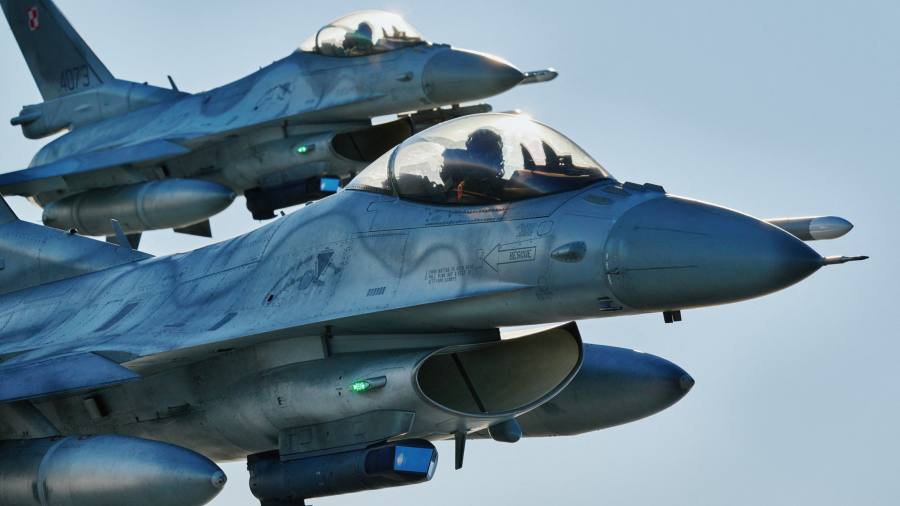 Lockheed Martin has said it stands ready to meet demand for its F-16 aircraft as some of Ukraine’s closest European allies revive efforts to provide fighter jets to Kyiv.

The US-German decision to send tanks to Ukraine has reignited discussions, which European defence officials cautioned were at an early stage.

Frank St. John, chief operating officer of Lockheed Martin, the largest US defence contractor, told the FT that there was “a lot of conversation about third party transfer of F-16s” — whereby countries would re-export their US jets to Ukraine to defend its airspace. Lockheed is not directly involved in talks regarding the potential delivery of military aircraft to Kyiv.

However, St. John said the company was “going to be ramping production on F-16s in Greenville [South Carolina] to get to the place where we will be able to backfill pretty capably any countries that choose to do third party transfers to help with the current conflict”.

The White House has rebuffed Ukrainian appeals for modern fighter jets such as the F-16 out of fear they could be used to strike Russian territory. The US government must approve sales, or transfers to third countries, of American-made fighter jets, which means European countries would need political support from the Biden administration.

“Along with our international allies and partners, we are in regular communication with the Ukrainians on their needs and requests,” a US defence official said. “At this time, we have nothing to announce regarding F-16s.”

German chancellor Olaf Scholz has ruled out sending jets to Ukraine. “I made clear very early on that we wouldn’t be sending combat aircraft and I’ll say that again here,” he said on Wednesday. Germany does not fly F-16 jets.

EU member states re-exporting F-16s directly to Ukraine is one of a series of options, European officials said, pointing out that the US-made jets could also be sent by western states to former Warsaw Pact countries that could then send their Soviet-designed aircraft to Kyiv.

At the start of the war, Warsaw offered to send its Soviet-made MiG-29 fighter jets to the Ukrainian air forces, with one iteration of the proposal involving the US sending F-16s to replenish the Polish air force. The initiative was abandoned in March, after Washington deemed it too escalatory.

Dutch foreign minister Wopke Hoekstra said last week that the Netherlands would consider any requests to send F-16s with “an open mind” and that there were “no taboos” on military support. The Netherlands has around 40 F-16s and is in the process of phasing them out through the purchase of more advanced F-35s.

In addition to the Netherlands, seven other European Nato countries fly F-16s, including Poland, Norway and Romania.

Several of Lockheed’s weapons systems have been playing key roles on the Ukrainian battlefield, including the including high mobility artillery rocket system (Himars), guided multiple launch rocket system (Gmlrs), Javelin missiles and the more recently provided Patriot missile defence system, including its accompanying PAC-3 missiles. The company has invested in their production ahead of contracts to replenish stockpiles from the US government that it is confident will come.

Denial of responsibility! TechiLive.in is an automatic aggregator around the global media. All the content are available free on Internet. We have just arranged it in one platform for educational purpose only. In each content, the hyperlink to the primary source is specified. All trademarks belong to their rightful owners, all materials to their authors. If you are the owner of the content and do not want us to publish your materials on our website, please contact us by email – [email protected]. The content will be deleted within 24 hours.
alliesbusiness newsBusiness updateDebateF16sfighterJetsKyiv
0
Share