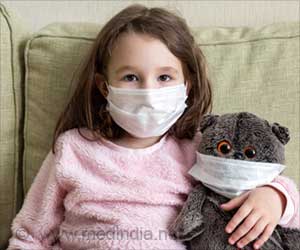 In March, a preprint study, not peer-reviewed pooled data from 21 studies previously carried out in Europe, Asia, Australia and South America to show that one in four children go on to develop long Covid.

In adults, some research puts the number around 30 percent of cases.

“I personally believe that this is very much an undiagnosed issue,” Dr. Sara Kristen Sexson Tejtel, from Texas Children’s Hospital in Houston, was quoted as saying.

Although adults have a definite set of symptoms, including breathlessness, fatigue among others, the symptoms in children are not clear.

Some kids present conditions such as fatigue, brain fog and severe headaches, “to the point where some aren’t able to go to school, grades are failing, those types of issues,” Tejtel said.

They also present cardiac issues like heart palpitations, chest pains and dizziness, especially when they go back to their regular activities; stomach problems; and also a change in their sense of taste and smell.

“It’s startling how many of these children present and have a range of symptoms that we haven’t fully appreciated. Some are coming in with heart failure after asymptomatic Covid infections,” Dr. Jeffrey Kahn, chief of the Division of Pediatric Infectious Disease at UT Southwestern Medical Center in Dallas, was quoted as saying.

“What’s striking to me is that it usually occurs about four weeks after infection, and infection can be really asymptomatic, which is really startling,” he added.

Further, the report noted experts saying that even when kids with long Covid are tested for ailments that might cause these symptoms, it’s possible nothing will show up and all the tests come back normal.

“We also scoped them, and their GI tracts are normal. I do a big immune workup, and their immune system appears normal. Everything ‘looks normal,’ but the kids aren’t functioning like normal,” Dr. Amy Edwards, who runs the pediatric long Covid clinic at UH Rainbow Babies & Children’s Hospital in Cleveland, was quoted as saying.

“I tell the families, ‘you have to remember, there are limits to what medical science understands and can test for.’ Sometimes, we’re just not smart enough to know where to look for it.”

Edwards said while most healthy people can push through if they’re tired, but those with long Covid can’t.

“It’s like they have one bucket of energy, and it has to be used carefully for school, for play, to watch TV. Every single thing they do takes energy, and once that bucket is empty, that’s it,” she noted.

Denial of responsibility! TechiLive.in is an automatic aggregator around the global media. All the content are available free on Internet. We have just arranged it in one platform for educational purpose only. In each content, the hyperlink to the primary source is specified. All trademarks belong to their rightful owners, all materials to their authors. If you are the owner of the content and do not want us to publish your materials on our website, please contact us by email – [email protected]. The content will be deleted within 24 hours.
Covidcovid in childrenHealth newsHealth updateKidslonglong covidmajorly
0
Share

FDCI x Lakme Fashion Week returns to Mumbai, to be held in…

Ibuprofen Usage May Increase the Chance of Chronic Pain

Yggdrasil and Peter & Sons invite players to fish up…