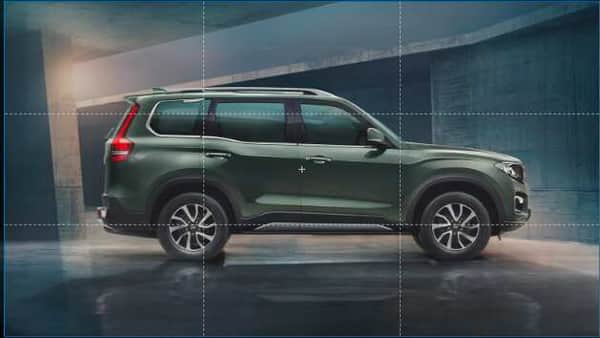 Mahindra & Mahindra Ltd’s (M&M) shares were up by 6.9% in Monday’s morning trade on the National Stock Exchange taking the stock to a new 52-week high of ₹1245 apiece. This follows the company’s announcement on Saturday that the all-new Scorpio-N recorded over 1,00,000 bookings under 30 minutes which translates into an ex-showroom value of about ₹18,000 crores. Deliveries are likely to start late September onwards.

“To compare with the recent model launches in the sport utility vehicle (SUV) sector, Scorpio-N’s booking has surpassed the initial booking number of M&M’s XUV700 and Maruti Suzuki India’s Brezza,” point out analysts at Prabhudas Lilladher in a report on 31 July.

Such strong demand would boost M&M’s volumes and accordingly, analysts at Prabhudas Lilladher have raised M&M’s domestic passenger vehicle volume estimates by about 3%/2% and earnings per share by 1% each for FY23/24.

M&M aims to deliver over 20,000 units of this vehicle by December. This remains to be seen as supply chain constraints are far from over though the situation is getting better.

The turnaround in M&M’s automotive segment on account of new launches and improving margins seem to have pleased investors. After all, the shares have surged by 48% in the calendar year 2022 so far versus 17.8% appreciation in the Nifty Auto index.

Further, with softening costs of commodities such as steel and aluminium, margins can be expected to rise. But this could fully play out December quarter (Q3FY22) onwards as the benefit comes with a lag.

As such, the automaker’s margin performance in Q1FY23 would be key monitorable. Also, the management’s commentary on chip shortage and its electric vehicle plans would require closer tracking. M&M is likely to announce its Q1 results on 5 August.

“Though we are positively surprised with the unrivalled bookings that Scorpio-N has received, we believe there could be duplication of these bookings, cancellations going ahead (currently 10-15% cancellation rate), and cannibalization of M&M’s other offerings like Scorpio Classic and XUV700,” added the Prabhudas Lilladher report.

Meanwhile, the Nifty Auto index remained the biggest gainer among the sectoral indices on Monday, rising by almost 2.7%. Automakers are set to announce their July sales numbers early this week. “We expect volumes to grow by a strong 43-69% year-on-year for Ashok Leyland/Tata Motors/Eicher Motors, rise 13% for M&M, grow 3-4% for Hero MotoCorp/Maruti Suzuki India/TVS Motor Co., but decline 10% for Bajaj Auto,” said analysts from Jefferies India in a report on 28 July.

Denial of responsibility! TechiLive.in is an automatic aggregator around the global media. All the content are available free on Internet. We have just arranged it in one platform for educational purpose only. In each content, the hyperlink to the primary source is specified. All trademarks belong to their rightful owners, all materials to their authors. If you are the owner of the content and do not want us to publish your materials on our website, please contact us by email – [email protected]. The content will be deleted within 24 hours.
business newsBusiness updatedemandgainerM&MMahindra & MahindraMMsnews update
Share