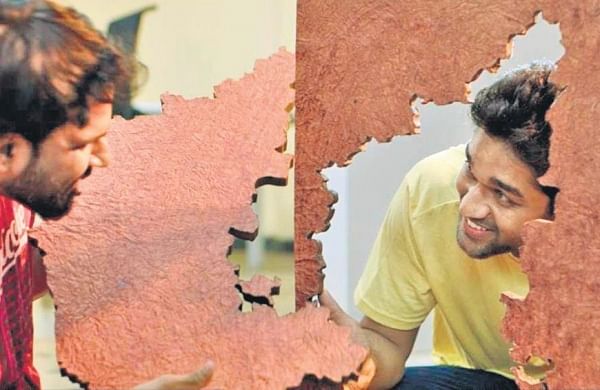 Made in Bengaluru, an upcoming film by director Pradeep Sastry brings together an interesting cast featuring Anant Nag, Saikumar, and Prakash Belawadi. The film, made under the banner Rajani Thursday Stories starring Madhusudan Govind in the lead, was wrapped up recently. It is currently in the post-production phase. Pradeep, who has directed short films and commercial ads, opens up about the project in a chat with CE.

“It is a social drama and more of a tribute to the motherly spirit of the city…to the land that has been a melting pot of cultures for centuries. It is a humble attempt from our end to render the folklore of the city in its language,” begins director Pradeep. “It is about this place which inspires even an outsider to call it ‘home’. Jammed in between dreams, desperation, and a twist of fate, the film is about a sporty start-up founder Suhas played by actor Madhusudan, who emerges from this urban mess discovering the motherly charm of the old city,” says the director.

“Our film has a variety of characters – from venture capitalists to gangsters, cricket aficionados to crooks, founders with fancy airs to disheartened failure. Made in Bengaluru is a film of light moments, life lessons, inspirations, rootedness, and eternal hope,” he adds.

Pradeep has also written the story and screenplay of Made in Bengaluru, which has music scored by Ashwin P Kumar and cinematography by Bajarang Konatham. “We are in the process of bringing out the first copy. Made in Bengaluru will be a theatrical release, and we are looking to hit theatres around Deepavali,” he says. The principal cast also includes Shankara Murthy, Sudha Belawadi, Manjunath Hegde, Vineeth Jordindian, Ramesh Bhat, and M S Umesh among others.

Denial of responsibility! TechiLive.in is an automatic aggregator around the global media. All the content are available free on Internet. We have just arranged it in one platform for educational purpose only. In each content, the hyperlink to the primary source is specified. All trademarks belong to their rightful owners, all materials to their authors. If you are the owner of the content and do not want us to publish your materials on our website, please contact us by email – [email protected]. The content will be deleted within 24 hours.
Loading...
BengaluruCityentertainment newsEntertainment updateMade in Bengalurumotherlynews updateSpirit
Share