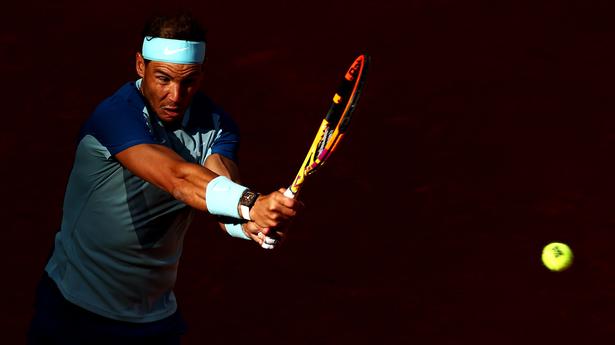 Rafael Nadal said there were positives to take from the Madrid Open despite the 21-times major winner falling to a quarter-final defeat by teenager Carlos Alcaraz on Friday in his first tournament back following a stress fracture in the rib.

Australian Open champion Nadal, who picked up the injury at Indian Wells in March, went down 6-2 1-6 6-3 to Spanish compatriot Alcaraz, ending his quest for a sixth title at the ATP Masters 1000 event.

“The reading of the tournament is I have played three matches and that I came here with hardly any preparation… I said it before coming here it was going to be a tough week,” Nadal told reporters.

“But it has not been a disaster in any case. I think that I have competed with the correct attitude. I have played two, two-and-a-half hours, nearly three… this is a positive outcome.”

The 35-year-old overcame Miomir Kecmanovic and David Goffin in his opening two matches before coming up short against an inspired Alcaraz.

Nadal added that he would have ideally preferred to make a return to action at the Estoril Open in Portugal last week because of the high altitude in the Spanish capital.

“It would have been much better to start the week before in Estoril, at sea level, a 250 tournament, but I didn’t manage to make it,” said Nadal, who will be bidding for a record-extending 14th title at Roland Garros later this month.

“I came here knowing that this is the toughest tournament, because here the ball flies much more. When they return the ball, you have to be much faster with your legs… because if you don’t position yourself properly behind the ball, the unforced error comes easily.”

Denial of responsibility! TechiLive.in is an automatic aggregator around the global media. All the content are available free on Internet. We have just arranged it in one platform for educational purpose only. In each content, the hyperlink to the primary source is specified. All trademarks belong to their rightful owners, all materials to their authors. If you are the owner of the content and do not want us to publish your materials on our website, please contact us by email – [email protected]. The content will be deleted within 24 hours.
atp masters 1000defeatMadridmadrid openNadalNadal injurynadal vs alcareznews update
Share