Notice: amp_is_available was called incorrectly. `amp_is_available()` (or `amp_is_request()`, formerly `is_amp_endpoint()`) was called too early and so it will not work properly. WordPress is currently doing the `pre_get_posts` hook. Calling this function before the `wp` action means it will not have access to `WP_Query` and the queried object to determine if it is an AMP response, thus neither the `amp_skip_post()` filter nor the AMP enabled toggle will be considered. It appears the theme with slug `publisher` is responsible; please contact the author. Please see Debugging in WordPress for more information. (This message was added in version 2.0.0.) in /home/runcloud/webapps/techilive/wp-includes/functions.php on line 5313
 Madrid Open | Zverev has the measure of Nadal - TechiLive.in 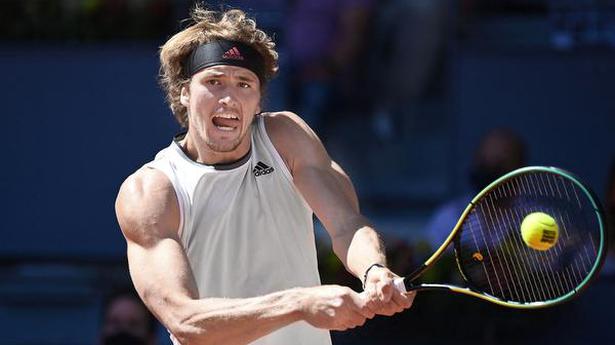 Madrid Open | Zverev has the measure of Nadal

Rafael Nadal lost 6-4, 6-4 to Germany’s Alexander Zverev in the Madrid Open quarterfinals on Friday, casting doubts over the Spaniard’s form ahead of this month’s French Open.

Zverev’s impressive straights-set win at the Caja Magica earns him a meeting with Dominic Thiem, in what will be a repeat of last year’s US Open final, which was won by Thiem.

It started well for Nadal when he broke Zverev to love to lead 4-2 in the first set, Zverev serving a double fault to give away the first advantage.

But the World No. 5 immediately hit back and then pulled away, four straight games clinching him the set.

A whipping forehand down the line put Zverev up another break midway through the second and while Nadal resisted more pressure in the seventh game to hold, Zverev served out an impressive victory.

In the women’s section, fifth seed Aryna Sabalenka of Belarus eased past Russia’s Anastasia Pavlyuchenkova 6-2, 6-3 to set up a final clash against top seed Ashleigh Barty.

Loading...
Denial of responsibility! TechiLive.in is an automatic aggregator around the global media. All the content are available free on Internet. We have just arranged it in one platform for educational purpose only. In each content, the hyperlink to the primary source is specified. All trademarks belong to their rightful owners, all materials to their authors. If you are the owner of the content and do not want us to publish your materials on our website, please contact us by email – admin@techilive.in. The content will be deleted within 24 hours.
alexander zvarevLossMadridmadrid openMeasureNadalnews updateOpen
0
Share