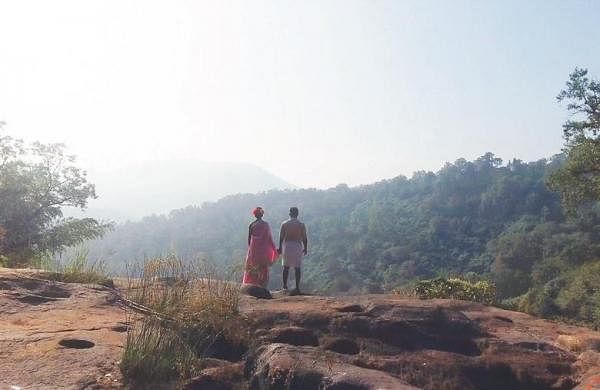 Picture this. A pursuit in a dense jungle leading to a wedding in the hills, celebrated with the bride and groom, solely accompanied by their bridesmaids and best boys. Truly an enchanting experience! Among the Muthuvans, a tribal community that migrated to the Western Ghats from Madurai, the aforementioned ritual, known as the ‘penneduppu’ was solemnised on the hills by a word of honour, beneath a picturesque waterfall, with the flora and fauna of the region as witnesses, a paradisal landscape.

The documentary, released on YouTube recently to rave reviews and with 109,503 views since its release on the video-sharing network, chronicles the story of Aji and Kalyani. Permitted by the elders in the community, Kalyani and her friends hide in the forest as Aji and his band seek them. The latter has two choices—find Kalyani and marry her or return to his village and become a subject of ridicule. The chase, replete with an adventure of every kind involving wildlife, ends up fruitful. Encouraged by an idea that Bharatbala saw in a news article, the Virtual Bharat team set off to the pin code 686681, a settlement in Kuttampuzha, to capture the communion. 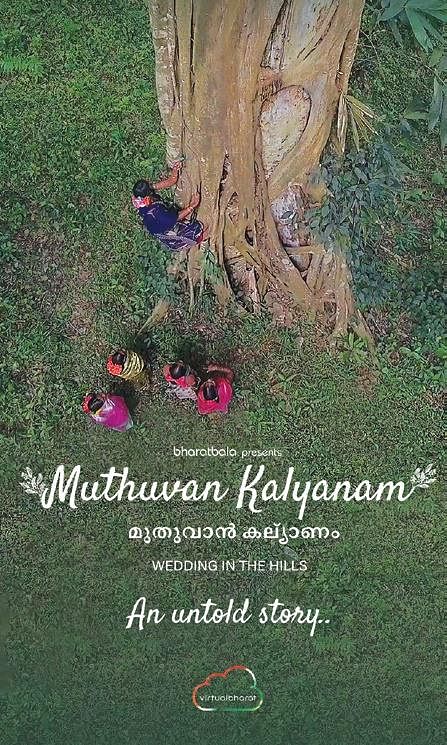 “I had to explain to the community that this was not aligned to their mainstream gaze of cinema, albeit documentation for their younger generation, who are likely to miss out on their past. For example, the couple wasn’t well acquainted with the community’s traditions. They got to know about the intricacies of the culture during the filming process,” explains Shawn. Their consciousness was perhaps further elevated when they were asked to play themselves and recreate the custom that was followed by older generations.

“I tried to make the short as participative as I can. For this very purpose, we chose the actors from the same community, who happened to get married a few months ago before the filming. This added to the authenticity of the docu-drama. Additionally, with my journalistic instincts kicking in, I wanted to bring about representation. The bride and groom’s friends were from the same community so they had a sense of belonging. The tribal head, the Kani, who maintains social norms and laws, helped in producing a doc visually enriching in facts,” he says.

“The purpose of the film was to communicate the reality and take the viewers through the parting lines. The forest is gone, so did our traditions,” he explains.The younger generation may reap the benefits of accessibility, but their relationship with the land is likely to deteriorate, according to the director. “The tribe must make the upcoming generation conscious of their past. Concurrently, they are entitled to the same luxuries as connectivity. Nevertheless, there should be a sustained feeling of what they represent,”
adds Shawn.

Denial of responsibility! TechiLive.in is an automatic aggregator around the global media. All the content are available free on Internet. We have just arranged it in one platform for educational purpose only. In each content, the hyperlink to the primary source is specified. All trademarks belong to their rightful owners, all materials to their authors. If you are the owner of the content and do not want us to publish your materials on our website, please contact us by email – [email protected]. The content will be deleted within 24 hours.
entertainment newsEntertainment updateMagicmarriageMuthuvanMuthuvan marriagenews updatetechi live
0
Share