Notice: amp_is_available was called incorrectly. `amp_is_available()` (or `amp_is_request()`, formerly `is_amp_endpoint()`) was called too early and so it will not work properly. WordPress is currently doing the `pre_get_posts` hook. Calling this function before the `wp` action means it will not have access to `WP_Query` and the queried object to determine if it is an AMP response, thus neither the `amp_skip_post()` filter nor the AMP enabled toggle will be considered. It appears the theme with slug `publisher` is responsible; please contact the author. Please see Debugging in WordPress for more information. (This message was added in version 2.0.0.) in /home/runcloud/webapps/techilive/wp-includes/functions.php on line 5313
 'Maharani' web series review: Huma Qureshi headlines a flawed yet gripping political drama - TechiLive.in 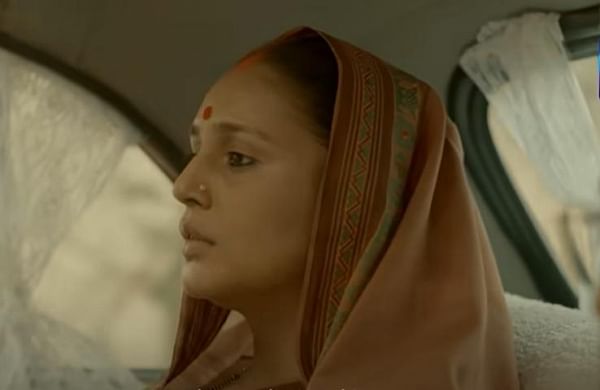 Spousal politics can take complex forms in this country. At a grassroots level, there’s the practice of proxy ‘pradhans’, husbands snatching away power from their elected wives. But the tables can also turn once in a while. This happened in Bihar, when, in 1997, a disgraced chief minister was unexpectedly replaced by his wife. A bit like ‘widow’s succession’—except the husband was alive and well.

Taking off from that event, showrunner Subhash Kapoor and director Karan Sharma have created Maharani, a 10-part political drama series on SonyLIV. Huma Qureshi stars as Rani Bharti, a woman pulled from her household and cattle-rearing chores to become the Chief Minister of Bihar. Addressing her first assembly session, Rani Bharti falters, then admits she cannot read and write. But she’s got her wits about her, which is perhaps all that counts.

Subhash’s last feature film, Madam Chief Minister, was a messy and high-speed take on a female politician’s rise. Almost as a corrective, he slows things down in Maharani. Rani is barely a presence in the opening episodes.

Her husband, Bheema Bharti (Sohum Shah), seems to be the boss, beloved of a state hinged on caste loyalties. Their first scene is memorable, a spiky exchange that ends with Bheema hawking milk on his wife’s command. When she meets him for the second time, Rani is delighted, but finds herself adrift when Bheema is shot. Bheema survives the attack and, in extremis, names her his successor.

Only we don’t see him make that announcement. In a clever bit of editing, the scene cuts away directly to Rani being decked with garlands. She assumes office reluctantly, her mind fixed on her home and kids. “I can’t even sign my name,” she tells her secretary (Kani Kusruti). “But you can learn it now,” the secretary replies. This realisation is crucial but severely dumbed down. When Rani finds her voice at last and transfers a minister who crosses her, the tone is coolly heroic, accompanied by a rousing score. It gets broader later on, as she attends a Ram Leela performance and has a change of heart.

Huma tries endowing her character with humour and wit. She comes into her own near the end, her furrowed brow and nervous manner giving way to an icy calm. Mostly, though, she remains oddly aloof, lost in a wave of intrigue. Predictably, it’s the supporting characters who run the show. Amit Sial is brilliant as the churlish opposition leader. Pramod Pathak plays a sharp, loyal wingman. Inaamulhaq perks things up as a Bengali official probing the fodder scam. “There is something phisy about this phellow!” he comments on a suspect. The fraud itself is explained so painstakingly it becomes a companion piece to Scam 1992.

Where the complexities thrill, the visuals don’t. This is a Bihar show that wasn’t shot in the state. There may be practical reasons for this—even a film like Gangs of Wasseypur was filmed all over the north—but the effect here is deeply off. Anup Singh’s cinematography has the stiff look of an OTT production. We get the sights and sounds—preparations for chhath puja, a folk tune here and there—but nothing genuinely observant. The accents, meanwhile, are neither imprecise nor too exaggerated, which seems like the way to go (stand up, Jabariya Jodi, Super 30 and Half Girlfriend).

Sohum’s compelling performance drives the show. Time and again, Rani orbits too far — a clear threat to Bheema, who begins to doubt his moves. Sohum plays this with coolness and charm and a reluctance to hype up his act. Their standoffs are strange, subliminal things—not the big outbursts we are trained to see.

Denial of responsibility! TechiLive.in is an automatic aggregator around the global media. All the content are available free on Internet. We have just arranged it in one platform for educational purpose only. In each content, the hyperlink to the primary source is specified. All trademarks belong to their rightful owners, all materials to their authors. If you are the owner of the content and do not want us to publish your materials on our website, please contact us by email – admin@techilive.in. The content will be deleted within 24 hours.
Loading...
dramaentertainment newsEntertainment updateflawedGrippingHeadlinesHumaHuma Qureshi
0
Share

Can Aerosols Spread from an Infected Person?