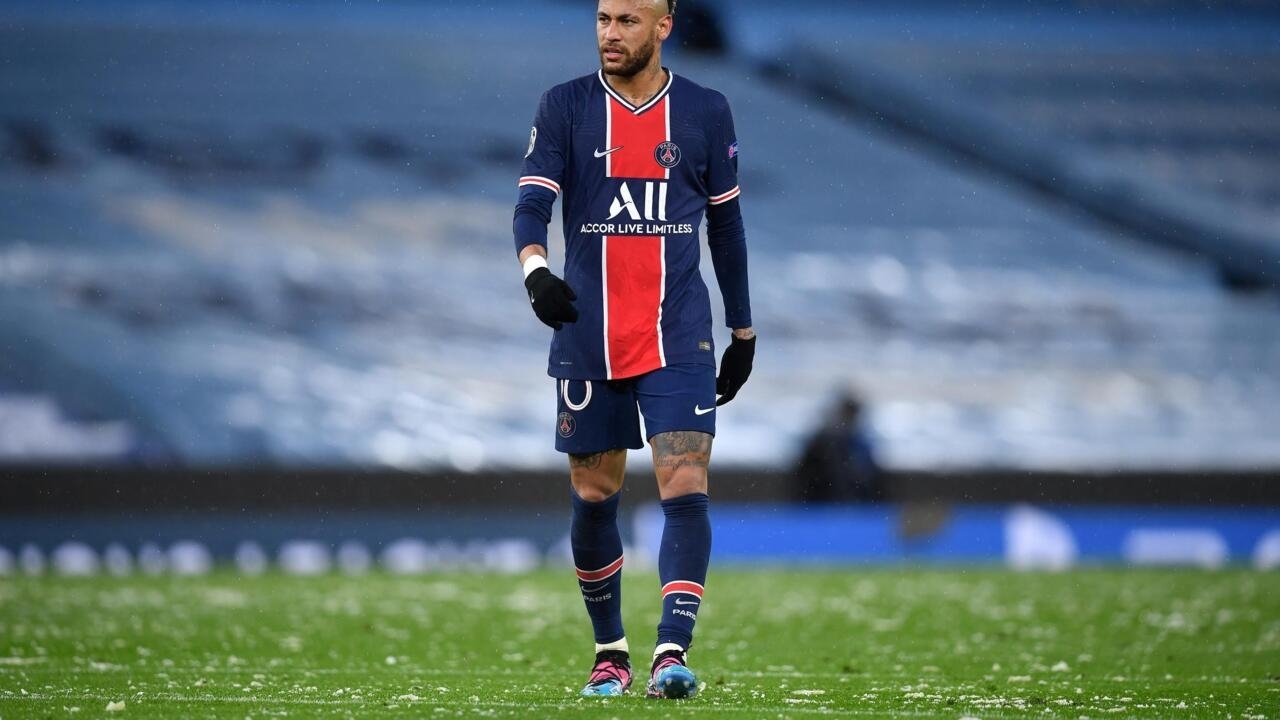 By the time Riyad Mahrez completed the counterattack that sealed Manchester City’s spot in a first Champions League final, it looked so effortless overcoming a Paris Saint-Germain lineup that lost its cool and composure.

“Then they lost their nerve and started to kick us and it was good,” Mahrez said.

It was the Paris-born winger who netted twice before PSG had Angel Di Maria sent off. City won 2-0 to eliminate last season’s finalists 4-1 on aggregate on Tuesday.

“They had the red card,” Mahrez said, “and after, it was more comfortable for us.”

It’s been anything but comfortable for City getting a shot at lifting European football’s top prize for the first time despite 13 years of lavish investment. Even reaching this semifinal required a fight in court to overturn a ban from this season’s Champions League for breaching UEFA’s financial rules.

And it’s only two weeks since the Abu Dhabi-owned team exposed itself to fresh sanctions for joining a brief, ill-fated bid to split to help form a breakaway European Super League.

Now City could win the competition it tried to leave in what could be an all-English final on May 29 in Istanbul if Chelsea overcomes Real Madrid on Wednesday. Chelsea and Madrid played to a 1-1 draw in the first leg.

“Of course, we’ve invested money in the last decade since Sheikh Mansour took over the club, but it’s not just about this,” City manager Pep Guardiola said. “If you want to think it’s just about money, it’s OK. But there is a lot of incredible things behind the scenes.”

It’s not just City that’s endured frustration in its quest to win the biggest prize in European football. Guardiola, a Champions League winner as Barcelona coach in 2009 and 2011, has been waiting a decade to return to the final. He fell short three times with Bayern Munich and has taken until his fifth season at City to even reach the semifinals.

“To reach the Champions league final is so difficult,” Guardiola said. “It’s the toughest one, but we did it.”

City is now accustomed to success — sitting on the brink of its third Premier League title in four seasons after already collecting the League Cup last month. But its only continental title came with the now-defunct European Cup Winners’ Cup in 1970.

PSG missed out on a second shot at lifting a first European Cup after losing last season’s final to Bayern Munich, and Mauricio Pochettino’s lineup is even struggling to defend the French title.

“Disappointed and very sad,” said Pochettino, who lost the 2019 Champions League final as Tottenham manager. “We played well but we didn’t have the luck that you need in football.”

And in the clash of European football’s Gulf-funded big-spenders, it was the Qatari visitors from Paris on the backfoot quickly in Manchester.

After scoring City’s winner in Paris last week, Mahrez took only 11 minutes to score in the second leg. The move began with a long ball by defender Oleksandr Zinchenko running onto a long ball from goalkeeper Ederson.

“It’s something we work on all the time,” Mahrez said, “and today it worked good.”

Zinchenko passed to Kevin De Bruyne, whose shot was blocked by Keylor Navas but Mahrez was alert to the rebound to put the ball through the goalkeeper’s legs on a field covered in the remnants of a spring hailstorm.

Mauro Icardi was proving ineffective in a PSG attack shorn of Kylian Mbappé, who wasn’t fit enough to start and never entrusted with being deployed from the bench.

There were headers over from Marquinhos and Neymar but PSG could find no way past a defense that had Rúben Dias proving such a robust barrier.

The PSG back-line was easier to breach, which happened again in the 63rd minute. There was a surging run down the left flank by Phil Foden before a combination with De Bruyne and a cross delivered for Mahrez to sweep into the net.

“We fought to the end,” PSG midfielder Marco Verratti said. “When you play against big teams, it’s impossible to attack for 90 minutes without suffering. We have to accept that.”

The frustrations of PSG were clear, even without any crowd to create any intimidating atmosphere. The visitors finished the game with 10 men just like in the first leg after Di Maria was sent off with 20 minutes to go for kicking at Fernandinho.

PSG turned on the referee, with midfielder Ander Herrera in a post-match interview accusing Bjorn Kuipers of directing an expletive at PSG teammate Leandro Paredes. It wasn’t heard by Pochettino.

“Maybe UEFA will investigate the situation,” he said. “But now I think that is not an excuse.”

Denial of responsibility! TechiLive.in is an automatic aggregator around the global media. All the content are available free on Internet. We have just arranged it in one platform for educational purpose only. In each content, the hyperlink to the primary source is specified. All trademarks belong to their rightful owners, all materials to their authors. If you are the owner of the content and do not want us to publish your materials on our website, please contact us by email – [email protected]. The content will be deleted within 24 hours.
Championschampions leagueCityFinalfootballLeagueManmanchester city
0
Share