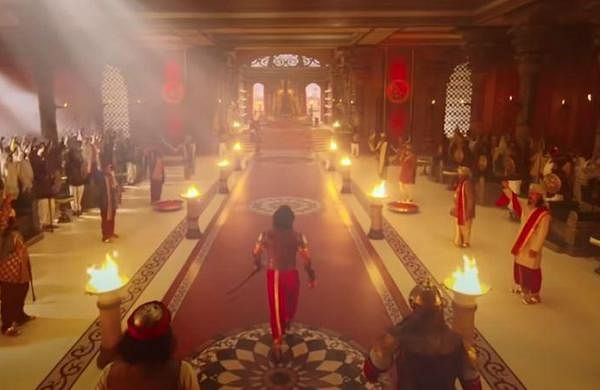 CHENNAI: ‘Ponniyin Selvan 1’, or PS1, the epic movie made on a whopping Rs 500-crore budget by ace director Mani Ratnam, is to hit the screens on September 30.

The movie, based on the 1955 novel Ponniyin Selvan, by Kalki Krishnamoorthy is, according to Mani Ratnam, his masterpiece and he has been able to helm it only after several failed attempts.

Ever since the novel became a hit in Tamil Nadu, many moviemakers attempted to work on it, but they could not turn their pursuit into a film.

The novel is based on the 10th-century Chola period and the fights within the ruling clan. The role played by spies of the empire, its military leaders and the politics behind it are all shown in the movie.

Legendary Tamil actor MG Ramachandran (MGR), who later went on to become the Chief Minister of Tamil Nadu, and was awarded Bharat Ratna posthumously, had tried his hand at making Ponniyin Selvan after the novel hit the stands. His attempt, too, did not lead to any results due to various reasons.

Mani Ratnam himself tried to make the film in 1999 and 2009 but in vain. He later roped in Lyka Productions for funding the movie and thus the movie shoot commenced. His own Madras Talkies and Alirajah Subaskaran also joined in the production of the movie.

The script of the movie is written by Mani Ratnam along with Elango Kumaravel and dialogues have been penned B. Jayamohan.

It has an impressive cast with Vikram playing the lead role. Tamil stars Karthi, Jeyem Ravi are also playing stellar roles. Aishwarya Rai Bachchan is also having a prominent role in the film.

The music of the movie is crooned by A.R. Rahman. The movie was shot across India and a few locations in Thailand.

The shooting for the movie commenced in December 2020 and concluded in September 2021. With the Covid pandemic, the release of the movie was delayed but now the filmmaker has announced that it will have a worldwide release on September 30.

Denial of responsibility! TechiLive.in is an automatic aggregator around the global media. All the content are available free on Internet. We have just arranged it in one platform for educational purpose only. In each content, the hyperlink to the primary source is specified. All trademarks belong to their rightful owners, all materials to their authors. If you are the owner of the content and do not want us to publish your materials on our website, please contact us by email – [email protected]. The content will be deleted within 24 hours.
1toA R RahmanAishwarya Rai Bachchanentertainment newsEntertainment updateepicPonniyinHitMani
Share

Together to fight evil