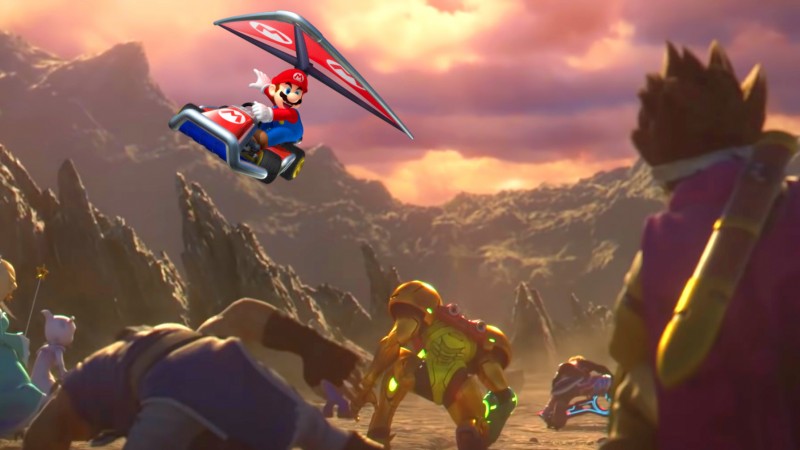 Mario Kart is a fantastic franchise – one of Nintendo’s best, easily – but it’s time for it to come to an end. Now, that’s a bit of a loaded phrase, but I wholeheartedly mean it: we don’t need another Mario Kart game. What we do need, however, is a brand new exciting kart game from Nintendo. It should feature not just Mario (can’t leave behind the Kart King like that) and the gang, but Link, Zelda, and other Hyrulian characters, too. We should still be able to race with the Inklings from Splatoon, but if I want, let me race as Protagonist from Astral Chain or even Lappy.

What I’m proposing is the end of Mario Kart and the beginning of Nintendo Kart.

Mario Kart 8 Deluxe on Switch is the pinnacle of the franchise – it features more tracks than any other entry, the most characters, the smoothest racing, the best mechanics, and one of the most banging soundtracks in all of games. I can’t see a world where Nintendo tops it. It might create Mario Kart 9, a game equally as good as Mario Kart 8 Deluxe, but surpassing it? How do you even do that while remaining within the confines of the Mushroom Kingdom (and the few non-Mario characters and tracks featured in Deluxe)? I don’t think you do, and that’s why Nintendo should blow off the lid with Nintendo Kart, a new kart franchise with a Super Smash Bros. inspiration.

Super Smash Bros. had humble beginnings on the Nintendo 64. It featured just a handful of characters, tame mechanics, and significantly fewer stages than later entries would contain. It was so dang fun, though, and at the heart of that fun was watching Mario beat Kirby up right after Kirby laid into Link, who just took Ness’ final stock. Seeing these characters interact in a new way was fascinating, and it provided the groundwork for what would become one of Nintendo’s most successful games. I’m not saying Nintendo Kart needs to immediately jump to Super Smash Bros. Ultimate status – just focus on Nintendo characters for now and keep the roster small.

Make each racer unique and keep them heavily inspired by the franchise they’re from. Pick the most iconic locations from their games and create exciting playgrounds for players to race and battle on. Mix up the formula with new items and maybe even throw in some character-specific mechanics. Imagine if Astral Chain’s hero could throw a chain around a racer ahead of them and use it to pull themselves up? What if Link could use the Sheikah Slates’ magnesis ability to latch onto another racer and trail behind them for a couple of seconds? As creative as Nintendo gets with most of what it develops, the possibilities for these abilities could be endless.

And yes, I expect upbeat jazz renditions of every racer’s theme, but don’t stop there: bring in some of the more metalcore-inspired music from Astral Chain, utilize the Ocarina of Time, juice up races with some Splatoon-inspired funk rock, and toss in the Pokémon theme song for good measure. Just get wild with it.

Personally, I’m tired of racing around on Mushroom Kingdom tracks. Shaking the formula up with tracks from each racer’s franchise and sticking to said franchise’s art, rather than trying to blend it all together into the colorful and bubbly style of Mario Kart, would provide the fresh coat of paint Nintendo’s kart racing efforts need.

What’s best about the idea of Nintendo Kart is that it’s just the start. From there, you develop a sequel and take the series to new heights, much like Super Smash Bros. Melee did on GameCube. Eventually, Nintendo Kart Ultimate can become a reality. While its Smash Bros. counterpart lies dormant for a couple of generations (Sakurai deserves the break, y’all), let this be the flagship Avengers Endgame-esque team-up kart racer that every Nintendo console needs.

Nintendo Kart Ultimate could carry the flag of advertisement that Smash Bros. has always been for various Nintendo IPs. All the while, it could give fans a new way to interact with beloved characters like Mario, Ganondorf, Shulk, Olimar from Pikmin, and eventually, Sora, Master Chief, and others (maybe Waluigi if Nintendo’s feeling nice).

I love Mario Kart. It’s been a Nintendo staple in my life for as long as I can remember. But rather than try to improve upon Mario Kart 8 Deluxe, which seems nearly impossible, let that series end on a high note and rev up the engine of a new one with Nintendo Kart.

What direction do you want to see the Mario Kart series go in with the next iteration? Let us know in the comments below!

Denial of responsibility! TechiLive.in is an automatic aggregator around the global media. All the content are available free on Internet. We have just arranged it in one platform for educational purpose only. In each content, the hyperlink to the primary source is specified. All trademarks belong to their rightful owners, all materials to their authors. If you are the owner of the content and do not want us to publish your materials on our website, please contact us by email – [email protected]. The content will be deleted within 24 hours.
agmeupdateGames newsgamingGaming updateKartmakeovermarioSmashStyle
Share

Six indicted in cryptocurrency and NFT fraud schemes that…

USC athletic director Mike Bohn has a history of punching…