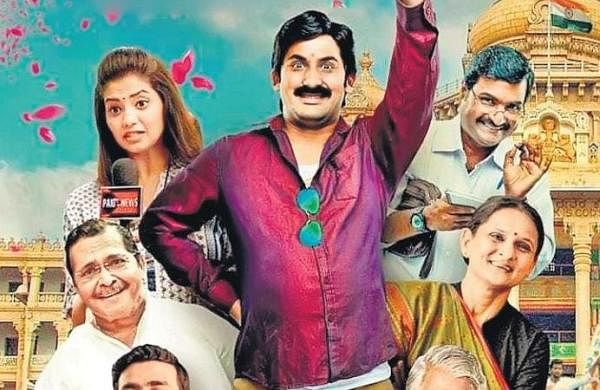 Mark your calendar, Nograj will be back to tickle your funny bone

The satirical comedy-drama, Humble Politician Nograj, featuring Danish Sait will be on Voot Select on January 6 in a 10-episode series.

Danish Sait made his silver screen debut with Humble Politician Nograj (2018), and the cult character will be back with the sequel, which will be released on Voot Select as a 10-episode series.

The satirical comedy, which will be out on January 6,  also stars Prakash Belawadi, Vinay Chendoor, and Disha Madan in pivotal roles.

According to the makers, Humble Politician Nograj, directed by Saad Khan, aims to use its quirky characteristics to showcase a take on ‘resort politics’. Nograj, the character played by Danish, is a street-smart politician who is on a mission to become the Chief Minister of Karnataka. The series will be a satirical take on existing political and societal voices like corruption, greed, hunger for power, and political rivalries.

The show is created by Danish Sait and the Applause team. Humble Politician Nograj is co-produced by First Action and the producers include Sameer Nair, Danish Sait, Maaz Khan, and Saad Khan.

Denial of responsibility! TechiLive.in is an automatic aggregator around the global media. All the content are available free on Internet. We have just arranged it in one platform for educational purpose only. In each content, the hyperlink to the primary source is specified. All trademarks belong to their rightful owners, all materials to their authors. If you are the owner of the content and do not want us to publish your materials on our website, please contact us by email – [email protected]. The content will be deleted within 24 hours.
BonecalendarDanish Saitentertainment newsEntertainment updatefunnyhumble politician nograjMark
Share