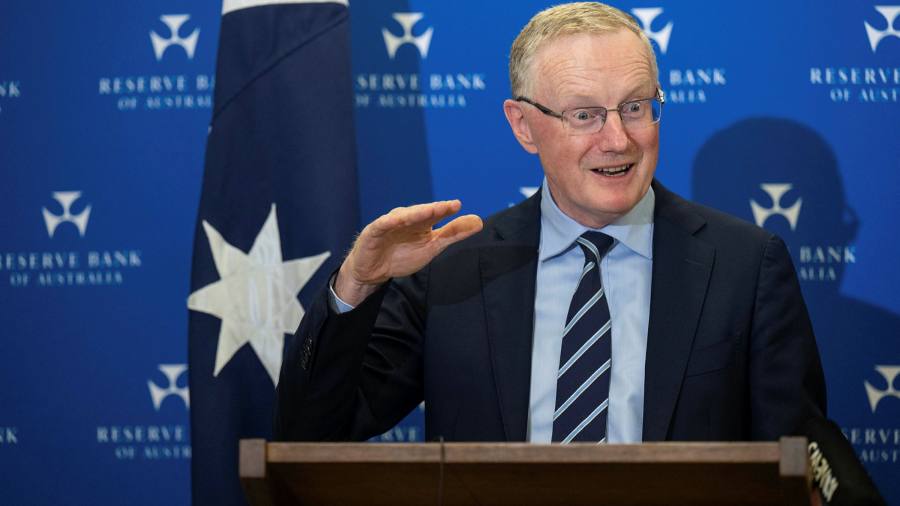 Government bond markets were volatile on Tuesday after Australia kicked off a busy week for central banks with a bigger-than-expected rate rise and traders prepared for the US Federal Reserve to tighten monetary policy aggressively.

The yield on the 10-year US Treasury note, a benchmark for asset pricing and loan rates worldwide, softened to 2.96 per cent after hitting 3 per cent on Monday for the first time since 2018. Bond yields rise as their prices fall.

Germany’s 10-year bond yield, which started the year below zero, exceeded 1 per cent for the first time in seven years in European morning trading before settling back down to 0.94 per cent. The UK equivalent crossed 2 per cent briefly before trimming some of its gains to trade at 1.96 per cent.

The shake out in bond markets came after the Reserve Bank of Australia increased interest rates for the first time in more than a decade on Tuesday, citing the country’s “very resilient” economy and inflation that had “picked up more quickly, and to a higher level, than was expected”. An increase of 0.25 percentage points was larger than the 0.1 percentage points anticipated by markets.

“There’s an element of many central banks trying to signal to the markets that they are on the job, that they recognise inflation is above target and that they will act,” said Ron Temple, co-head of multi-asset at Lazard.

“But we may have reached peak anxiety about interest rates and inflation,” he added, referring to the two factors that can cause bond market sell-offs because they lower the real returns from the fixed income-paying securities.

The Fed, the world’s most influential central bank, is expected to announce an extra-large rate rise of around half a percentage point on Wednesday, with markets pricing in similar half-point rises at the subsequent two meetings, after US consumer price inflation reached a 40-year high of 8.5 per cent in March.

“We do not see much room for dovishness at the May meeting,” Standard Chartered strategist Steven Englander said regarding the Fed. “It took a while” for the Fed’s rate setters to “reach a consensus” on the need to tighten monetary conditions to try and quell demand, he added. “And we don’t see an incentive for that consensus to break.”

The regional Stoxx Europe 600 share index was 0.2 per cent higher by early afternoon in London, with its banking sub-index gaining 1.7 per cent.

Denial of responsibility! TechiLive.in is an automatic aggregator around the global media. All the content are available free on Internet. We have just arranged it in one platform for educational purpose only. In each content, the hyperlink to the primary source is specified. All trademarks belong to their rightful owners, all materials to their authors. If you are the owner of the content and do not want us to publish your materials on our website, please contact us by email – [email protected]. The content will be deleted within 24 hours.
Australiabondsbusiness newsBusiness updateGovernmentHitsKicksmarket
Share

Javed Ali: Eid is very special for me