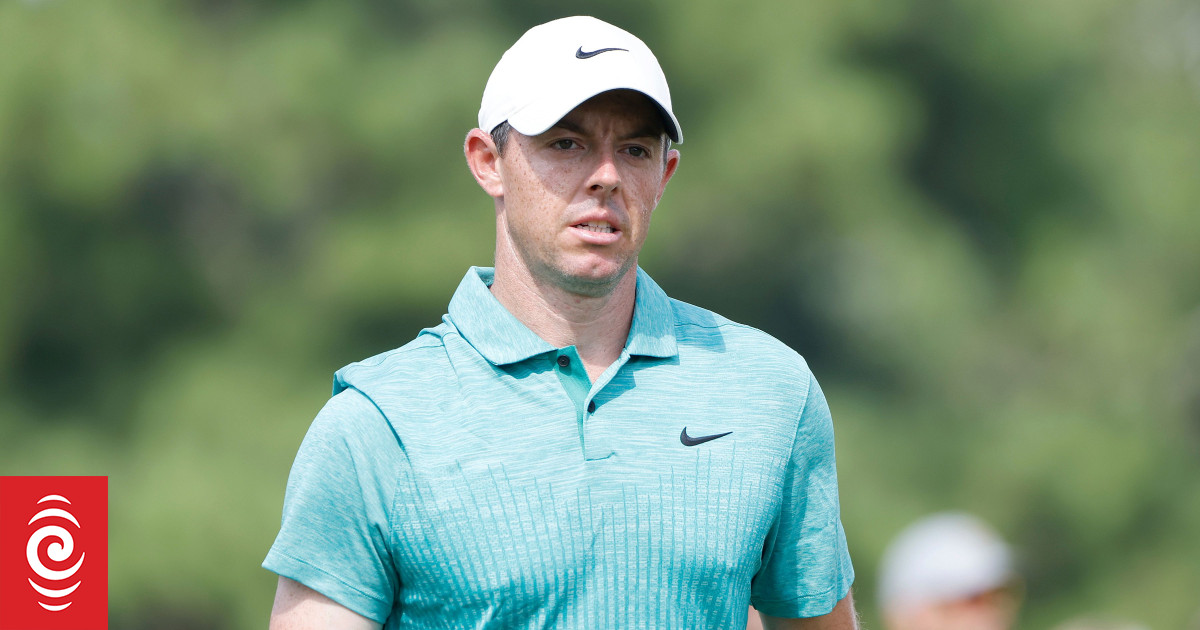 McIlroy says Reed is ‘not living in reality’

Rory McIlroy says Patrick Reed is not “living in reality” after the American tried to chat with him in Dubai despite his lawyers serving the world number one a court summons on Christmas Eve.

McIlroy admitted ignoring Reed on the range before the Dubai Desert Classic.

Reed, 32, says he threw a tee towards McIlroy because “if you’re going to act like an immature little child then you might as well be treated like one”.

McIlroy, who is preparing for his first tournament of the year, added: “I didn’t see a tee. I didn’t feel a tee.

“Obviously someone else saw that. But it’s definitely a storm in a tea cup. I can’t believe it’s actually turned into a story.”

It is the latest act in golf’s increasingly fractious civil war between the new LIV Golf series and the DP World Tour and PGA Tour.

Reed, who beat McIlroy to win the Masters in 2018 and with whom he had an epic Ryder Cup match in 2016, is now a member of Saudi Arabian-funded LIV Golf.

McIlroy, who is a player director on the tour’s Player Advisory Council, explained why he rejected Reed’s attempt to strike up a conversation.

“I was subpoenaed by his lawyer on Christmas Eve,” said the Northern Irishman, who has been called as a witness in Reed’s defamation case against the PGA Tour among others.

“So, trying to have a nice time with my family and someone shows up on your doorstep and delivers that, you’re not going to take that well.

“I’m living in reality, I don’t know where he’s living. If I were in his shoes, I wouldn’t expect a hello or a handshake.”

Reed says the witness summons was not instigated by him and that his LIV involvement is the reason McIlroy snubbed him.

“We’ve had some great battles and our friendship has been pretty good up until obviously joining LIV,” said Reed, who is now ranked 90th in the world.

“I walked over and wished Harry (Diamond, McIlroy’s caddie) Happy New Year and then Rory because it is the first time I have seen them.

“Harry shook my hand and Rory just looked down there and was messing with his Trackman (device) and decided to ignore me. He saw me and he decided not to react.

“We all know where it came from – being part of LIV. Since my tees are Team Aces LIV tees I flicked him one. It was kind of a funny shot back. Funny how a small little flick has turned into basically me stabbing him and throwing a tee at him.”

McIlroy, who has been an outspoken critic of the breakaway LIV series, also believes life is becoming more difficult for its commissioner and chief executive Greg Norman.

Three executives have left the LIV set-up in recent weeks and the four-time major champion said: “If the chief executive doesn’t have an executive team, I don’t know how strong that is.

“I mean, he can’t do it himself. He needs to rely on a team just like all of us rely on teams to do things.

“If you’re sort of operating solo, it starts to get pretty difficult.”

McIlroy called for Norman to “exit stage left” in November, saying there needed to be “an adult in the room” for peace negotiations between the PGA Tour and LIV to take place.

Both parties are involved in an anti-trust case that is not scheduled to be heard until January next year.

McIlroy’s comments about Norman were echoed by Tiger Woods, who said: “There is an opportunity out there if both organisations put a stay on their litigation.

“That’s the problem. There is no willingness to negotiate if you have litigation against you. I think Greg has to go first of all.”

Norman has subsequently branded 15-time major champion Woods a “mouthpiece of the PGA Tour”, adding: “Unfortunately he made a comment that he doesn’t know the facts about, because obviously I’m still here.”

The two-time major-winner is now in sole charge of the LIV operation, following the departure of Majed Al-Sorour from his position as LIV Golf’s managing director.

Al Sorour, CEO of the Golf Saudi Federation, is an adviser to Saudi Arabia’s Public Investment Fund and a director of Newcastle United.

The civil war that beset men’s professional golf throughout much of 2022 shows little sign of abating.

Separate legal proceedings involving the European-based DP World Tour and 13 LIV players is scheduled to take place in London from 6 to 10 February.

Denial of responsibility! TechiLive.in is an automatic aggregator around the global media. All the content are available free on Internet. We have just arranged it in one platform for educational purpose only. In each content, the hyperlink to the primary source is specified. All trademarks belong to their rightful owners, all materials to their authors. If you are the owner of the content and do not want us to publish your materials on our website, please contact us by email – [email protected]. The content will be deleted within 24 hours.
AudioCurrent AffairslivingMcIlroyNewsnews updatePodcastsPublic Radio
0
Share

Tax season already? Some tips for avoiding stress and scams

‘A Simple Favor’ sequel  to go on floors soon