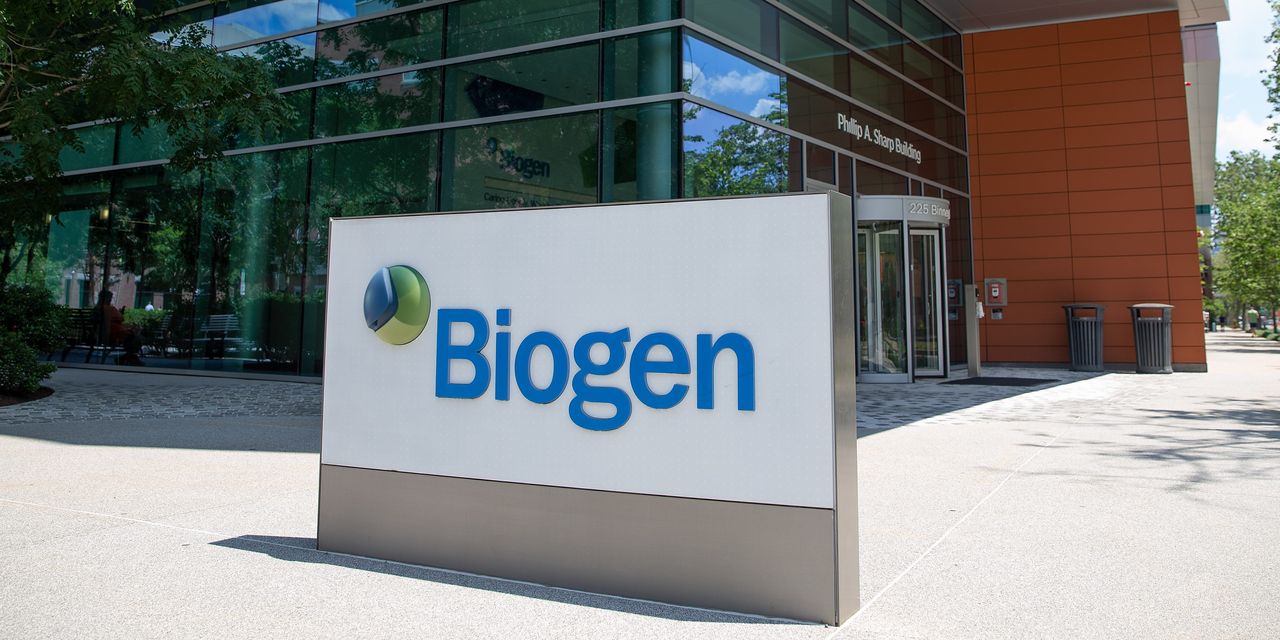 Medicare officials said they would cover

controversial Alzheimer’s disease drug Aduhelm on the condition that patients are in clinical trials and have early-stage symptoms.

The clinical trials are intended to gather evidence on the drug’s safety and effectiveness and would apply to similar drugs if they are approved, the Centers for Medicare and Medicaid said in a proposed policy issued Tuesday.

Patients enrolling in trials supported by the National Institutes of Health would also be eligible for coverage, according to CMS’s draft policy.

CMS said the Aduhelm studies must limit enrollment to patients in the early-stages of disease and have lab tests confirming that their brains have accumulated amyloid, a sticky protein linked to Alzheimer’s disease that Aduhelm is designed to clear.

A final decision is expected in April following an additional 30-day comment period in which members of the public can weigh in on the proposed coverage policy.

Aduhelm has the potential to help patients with Alzheimer’s, but also has the “potential for serious harm” because of its risk of side effects, which include headaches and small brain bleeds, said CMS Chief Medical Officer Lee A. Fleisher at a press briefing.

Biogen criticized the proposed coverage policy, saying in a statement that it “denies the daily burden of people living with Alzheimer’s disease” and “will exclude almost all patients who may benefit.”

The company also said the policy would delay treatment for a progressive disease. “Hundreds of Alzheimer’s patients—the majority of whom are Medicare beneficiaries—are progressing each day from mild to moderate disease stages, where treatment may no longer be an option,” the company said.

Medicare’s requirement that patients receive treatment in clinical trials reflects the lingering uncertainty about Aduhelm’s true benefit to patients. Biogen prematurely halted its studies of the drug in 2019. Biogen executives soon after analyzed additional data and realized they had made a mistake and began talks with the Food and Drug Administration to salvage the trial data and ultimately seek approval.

Of the two studies, only one showed patients taking Aduhelm had a slowing in cognitive decline compared with patients receiving placebos. The conflicting results led to ongoing debate over whether the drug really works. As part of the FDA approval, Biogen is required to conduct an additional study as well.

Aduhelm has faced widespread criticism since its approval in June, in part because concerns that its price would balloon Medicare drug spending if millions of patients start taking it.

Biogen initially launched the drug at an average price per patient of $56,000 annually, but recently backtracked and slashed the list price in half to $28,200.

Medicare coverage is crucial for Aduhelm’s future because most of the patients eligible to take it are covered under the federal health program for people over 65 years and the disabled.

Also, many private health insurers take their cues about whether to pay for medicines from Medicare’s coverage policies.

Aduhelm has had scant uptake since the FDA approved it in June 2021 despite opposition from a panel of outside advisers and some of the agency’s own scientists and senior leaders.

Without a national coverage decision, Aduhelm coverage requests are currently handled on a case-by-case basis by regional contractors that administer benefits on behalf of the government. That will remain the case until Medicare issues a final coverage policy, a Biogen spokeswoman said.

Many doctors and hospitals have opted to wait for Medicare’s decision before prescribing and administering Aduhelm, which requires monthly intravenous infusions administered by a healthcare professional.

Part of the hesitancy is that Aduhelm is a “buy and bill” product that hospitals or clinics purchase and pay for upfront, and then seek reimbursement later from patients’ insurance after they have been infused with the medication.

Hospitals are reluctant to provide expensive drugs like Aduhelm if they aren’t sure they will get paid back.

Meanwhile, some hospitals have said they won’t provide the drug at all, citing uncertainty about its safety and effectiveness.

The FDA cleared Aduhelm’s use under a special process called “accelerated approval” intended to help patients with serious diseases get promising new drugs faster and before they are definitively proved to be effective in clinical trials.

The FDA has said that it used the accelerated approval process for Aduhelm because of lingering uncertainty about its benefit to patients. The agency is requiring Biogen to complete an additional study to confirm its effectiveness; if the study fails, the agency can theoretically pull the drug off the market.

More coverage of the new Alzheimer’s disease treatment, selected by the editors

Denial of responsibility! TechiLive.in is an automatic aggregator around the global media. All the content are available free on Internet. We have just arranged it in one platform for educational purpose only. In each content, the hyperlink to the primary source is specified. All trademarks belong to their rightful owners, all materials to their authors. If you are the owner of the content and do not want us to publish your materials on our website, please contact us by email – [email protected]. The content will be deleted within 24 hours.
#clinicaltrialAlzheimersBIIBBiogenBiogensBiotechnologybusiness newsBusiness update
Share

Apex Legends: Everything New In The Dark Depths Event

Germany proposes new path to residency, work for migrants in…

Vidharth to play a cop in his next by filmmaker Manimaran…

Volatility and gambling reform toughen the odds for 888 bond…