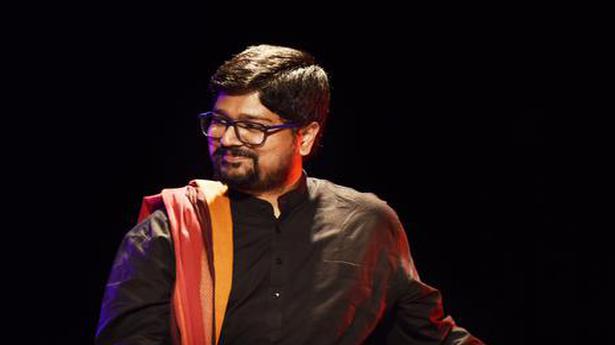 Earlier this year, Ravi G started a musical series on Instagram titled Home Jam, in which he presented covers of many underrated 90s Tamil film songs. One of those — a cover of ‘Porkalam’ from Tenali — attracted the attention of many, most notably music composer Anirudh who commented: ‘Thank you for this. From RaviG Fan club president.’

Spurred by Ravi’s work, the composer soon called him for a recording. That number, a melody titled ‘Naan Pizhai’ (Kaathuvaakula Rendu Kadhal), is the latest talk of the town, clocking more than three million views within a couple of days of its release and trending on music charts.

The response has been unimaginable,” says Ravi, who has crooned along with Shashaa Tirupati, “What’s most heartening is that it is a melody, which itself is a difficult proposition for composers to churn out in this age of fast-paced peppy numbers. The opportunity to explore such melodies in the film music space is scarce. The first time I listened to the track version, I had goosebumps. That it has clicked with audiences is great news for musicians.” Starring Vijay Sethupathi and Nayanthara, the song is written by the film’s director Vignesh Shivan.

Thirty-three-year-old Ravi got his first film break through a 2015 Anirudh composition in Ajith-starrer Vedalam, and subsequently worked with Sean Roldan as a music producer. His recent songs include ‘Boomikkku’ from GV Prakash’s Jail.

Ravi hails from a musical family; his uncle plays the mridangam while his grandfather is a Carnatic vocalist. He picked up the mridangam when he was barely four, and slowly got interested in vocals. “At home, there were a lot of music classes to students, and I’d pick up things just listening to those lessons.” When he was 15, he learnt the keyboard and went on to play in various live shows and music productions. Currently busy with producing contemporary devotional and fusion music outings, Ravi’s work was also recently showcased in the Perumal and Providence project, a production that gave a modern twist to Carnatic kritis.

Denial of responsibility! TechiLive.in is an automatic aggregator around the global media. All the content are available free on Internet. We have just arranged it in one platform for educational purpose only. In each content, the hyperlink to the primary source is specified. All trademarks belong to their rightful owners, all materials to their authors. If you are the owner of the content and do not want us to publish your materials on our website, please contact us by email – [email protected]. The content will be deleted within 24 hours.
AnirudhAnirudhsentertainment newsEntertainment updateGV PrakashHitKaathuvaakula Rendu KaadhalMeet
Share

How Has Omicron Affected Your School and Community?

How ‘Muscle Memory’ May Help Us Get in Shape