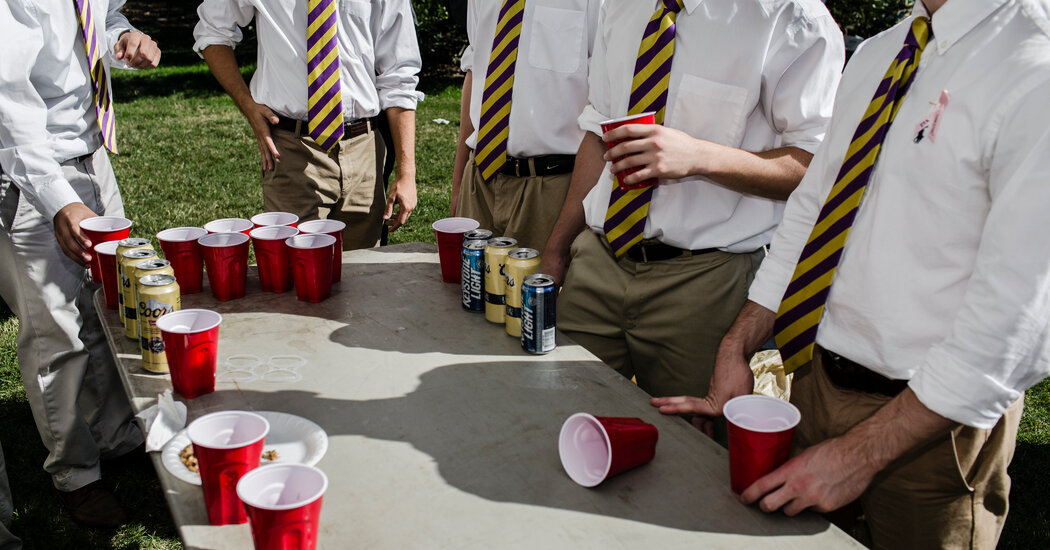 The coronavirus upended the lives of millions of college students. The Wall Street Journal reported this week that men have been hit particularly hard — accounting for roughly three-fourths of pandemic-driven dropouts — and depicted an accelerating crisis in male enrollment.

A closer look at historical trends and the labor market reveals a more complex picture, one in which women keep playing catch-up in an economy structured to favor men.

In many ways, the college gender imbalance is not new. Women have outnumbered men on campus since the late 1970s. The ratio of female to male undergraduates increased much more from 1970 to 1980 than from 1980 to the present. And the numbers haven’t changed much in recent decades. In 1992, 55 percent of college students were women. By 2019, the number had nudged up to 57.4 percent.

While the shift in the college gender ratio is often characterized as men “falling behind,” men are actually more likely to go to college today than they were when they were the majority, many decades ago. In 1970, 32 percent of men 18 to 24 were enrolled in college, a level that was most likely inflated by the opportunity to avoid being drafted into the Vietnam War. That percentage dropped to 24 percent in 1978 and then steadily grew to a stable 37 percent to 39 percent over the last decade.

The gender ratio mostly changed because female enrollment increased even faster, more than doubling over the last half-century. Men are falling behind in college only if you see every advance for women as a loss for men.

Because of the change in ratio, some selective colleges discriminate against women in admissions to maintain a gender balance, as The Journal reported. Generally, admissions officials prefer to limit the disparity to 55 percent female and 45 percent male. Their reason not to let the gender ratio drift further toward 2 to 1 is straightforward: Such a ratio would most likely cause a decrease in applications.

In a New York Times essay in 2016 titled “To All the Girls I’ve Rejected,” the dean of admissions at Kenyon College at the time explained: “Beyond the availability of dance partners for the winter formal, gender balance matters in ways both large and small on a residential college campus. Once you become decidedly female in enrollment, fewer males and, as it turns out, fewer females find your campus attractive.”

During the pandemic, many undergraduates struggled to make the grade. Some left school altogether. But according to the National Student Clearinghouse, the initial male-dominated pandemic enrollment shock was almost entirely confined to community colleges that are open to all. In fact, the Clearinghouse data shows that male enrollment in public and private nonprofit four-year colleges dropped more from 2018 to 2019, before the pandemic, than from 2019 to 2020.

The raw numbers don’t take into account the varying value of college degrees. Men still dominate in fields like technology and engineering, which offer some of the highest salaries for recent graduates. Perhaps not coincidentally, the professors in those fields remain overwhelmingly male.

Women surged into college because they were able to, but also because many had to. There are still some good-paying jobs available to men without college credentials. There are relatively few for women. And despite the considerable cost in time and money of earning a degree, many female-dominated jobs don’t pay well.

Consider a woman working as a cosmetologist who took out a student loan to earn a credential and complete the arduous process of getting an occupational license. Her husband in a male-dominated working-class field is more likely to have no degree at all. One way to see that couple is as an example of the greater likelihood of graduation among women than men. Another way is how our society requires women to spend more time and money than men to get a job. The female-to-male gender ratio is highest in for-profit colleges, which often overcharge students for worthless degrees.

The fact that the male-female wage gap remains large after more than four decades in which women outnumbered men in college strongly suggests that college alone offers a narrow view of opportunity. Women often seem stuck in place: As they overcome obstacles and use their degrees to move into male-dominated fields, the fields offer less pay in return.

None of this diminishes the significance of the male decrease in college enrollment and graduation. Educators view the male-driven dive in community college enrollment over the last 18 months as a calamity. The pandemic confirmed what was already known. The higher socioeconomic classes are deeply embedded in college and will bear considerable cost and inconvenience to stay there, even if it means watching lectures on a laptop in the room above your parent’s garage and missing a season of parties and football games.

For other people, college attendance is far more fragile. It does not define their identities and is not as important as earning a steady paycheck or starting and nurturing a family. In a time of crisis, it can be delayed — but the reality is that people who drop out of college are statistically unlikely to complete a degree.

Last year, women were less likely than men to leave community college, despite their disproportionate responsibility for caregiving and domestic work, because they no doubt understood the bleak long-term job prospects for women without a credential.

But about 200,000 fewer women were enrolled in community college last year nonetheless. If we’re looking for a college enrollment crisis, that’s also a good place to start.

Denial of responsibility! TechiLive.in is an automatic aggregator around the global media. All the content are available free on Internet. We have just arranged it in one platform for educational purpose only. In each content, the hyperlink to the primary source is specified. All trademarks belong to their rightful owners, all materials to their authors. If you are the owner of the content and do not want us to publish your materials on our website, please contact us by email – [email protected]. The content will be deleted within 24 hours.
Loading...
catchupCollegeEducation newsEducation updateEnrollmentFallmennews update
Share