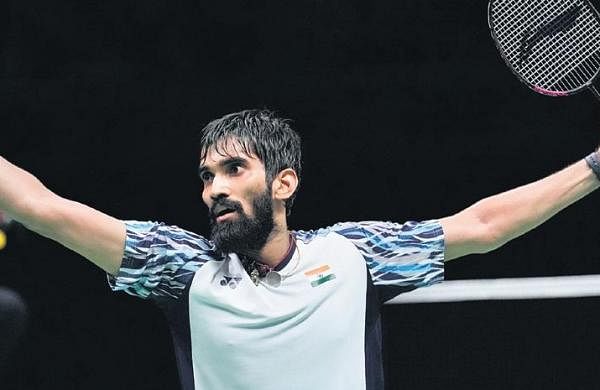 CHENNAI:  HS Prannoy had helped India over the line in the all-important fifth rubber against Leong Jun Hao, helping India seal a 3-2 victory over Malaysia, on Thursday. That final outcome was monumental as it meant the men would feature in the semifinals of the Thomas Cup for the first time since 1979.

Lakshya Sen had lost the opening rubber on the day. Satwisairaj Rankireddy and Chirag Shetty had brought the team on level terms. Kidambi Srikanth had won his tie to hand the lead while Krishna Prasad Garaga and Vishnuvardhan Goud had lost their doubles before Prannoy’s winning touch.

Twenty-four hours later, Prannoy found himself in a critical stage yet again. Playing against Denmark, the script had remained the same like against Malaysia. With the contest locked at 2-2, the pressure was on Prannoy to step up again and etch his name in the history books. And he did just that, pulling off another magical performance against Rasmus Gemke.

The victory had come after some major concerns for the Indian camp in the early stages of the decider. Prannoy suffered a slip in the early stage of the match (it seemed like he had done some damage to his ankle). He soldiered on but Gemke always seemed to be in control of the proceedings and went on to pocket the game. After the setback, Prannoy returned with different vigour, displaying his full repertoire of skills, and showing no signs of distress on his ankle.

The final game was the same as Gemke seemed to have run out of ideas. Prannoy, clearly upbeat, seemed to have an answer for everything that was thrown at him. In the end, the Indian was too strong for the helpless Dane, sealing yet another historic win for India with a 13-21, 21-9, 21-12 victory. India will now take on Indonesia for the top prize on Sunday.

Earlier, Axelsen showed why he’s still one of the players to beat by bossing the opening rubber against Lakshya, helping Denmark off to a perfect start. With the team trailing 0-1, it was imperative for doubles duo Satwiksairaj and Chirag to win their tie. And they did just that, posting a 21-18, 21-23, 22-20 win, in a marathon encounter that lasted 78 minutes against Kim Astrup and Mathias Christiansen.

Denial of responsibility! TechiLive.in is an automatic aggregator around the global media. All the content are available free on Internet. We have just arranged it in one platform for educational purpose only. In each content, the hyperlink to the primary source is specified. All trademarks belong to their rightful owners, all materials to their authors. If you are the owner of the content and do not want us to publish your materials on our website, please contact us by email – [email protected]. The content will be deleted within 24 hours.
Chirag ShettyCupHS PrannoyKidambi SrikanthKrishna Prasad GaragaLakshya Senmennews update
0
Share

For subscribers: Top Chef finalists heading to Tucson for…