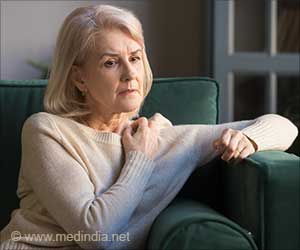 Depending upon the types of pathology, there are several types of dementia, one of the most common ones being –

It is caused by reduced levels of a female hormone – estrogen that is produced by the ovaries (female reproductive organ).

Women by birth, have all the eggs (ovum) they will ever carry. These eggs are gradually lost with age. Hence, menopause is the condition where almost all the eggs are lost due to hormonal variations that substantially reduce natural fertility.
.

Some of the health risks associated with the MHT are dementia, blood clots associated with stroke and heart attack, vaginal bleeding, bladder dysfunction like urinary incontinence, breast cancer, and fractures.

It is suggested that certain early signs of dementia are in accordance with several menopausal symptoms. One of the largest MHT trials – the Women’s Health Initiative Memory Study revealed an amplified risk of dementia among those who underwent estrogen-progestogen treatments.

The increased risk of Alzheimer’s disease with the use of both estrogen-only and estrogen-progestogen treatments was also flagged by a large observational study done in Finland. However, there were some procedural flaws noted in the study as well.

On the contrary, some laboratory findings and previous trials state the beneficial role of estrogen in age-related brain decline.

Is Dementia Associated with MHT?

With existing uncertainties, the study by the Universities of Nottingham, Oxford, and Southampton was thereby conducted to examine the correlation between the risk of dementia and MHT within the UK National Health Service. It is the most reliable and wide-ranging risk estimated study to date.

The study analyzed the MHT use among 118,501 women of age 55 years and older (diagnosed with dementia), using two UK primary care databases (QResearch and CPRD) between 1998 and 2020. Another 497,416 women with no records for dementia were used as controls.

Use of Menopausal Hormone Therapy

It was found no correlation existed between MHT use and risk of dementia. Hence, the study showed that MHT use does not boost the risk of developing dementia, irrespective of dose, hormone type, & its duration.

Among the study group, a marginally reduced risk of dementia was found in a subgroup of women who were less than 80 years of age and had been on estrogen-only therapy for 10 years or more.

On the contrary, the study found a mildly increased risk of Alzheimer’s disease with the use of estrogen-progestogen treatments within the subgroup of women. However, the results were quantifiable merely for long-term usage (>5 years).

The risk was elevated gradually every year with MHT exposure, contributing to an average of 11% heightened risk between 5 and 9 years and 19% for 10 years or more. This contributed to five and seven extra cases per 10,000 woman years respectively.

The study also had its limitations like – an incomplete record of menopausal symptoms that might alter the results. The study team also affirms that these observations on MHT should not be used to prevent dementia but serve as a finding to address dementia context in these patients.

Moreover, as the study enrolled a larger dataset and investigated the alterations among component hormones along with diverse types of long-term hormone therapy, it offers a new, reliable, and detailed estimate of risks for individual treatments.

“The primary indication for hormone therapy continues to be the treatment of vasomotor symptoms, and the current study should provide reassurance for women and their providers when treatment is prescribed for that reason. The findings will be helpful to policy makers, doctors, and patients when making choices about hormone therapy,” conclude the study team.

Denial of responsibility! TechiLive.in is an automatic aggregator around the global media. All the content are available free on Internet. We have just arranged it in one platform for educational purpose only. In each content, the hyperlink to the primary source is specified. All trademarks belong to their rightful owners, all materials to their authors. If you are the owner of the content and do not want us to publish your materials on our website, please contact us by email – [email protected]. The content will be deleted within 24 hours.
Brain DeclineDementiademonstratesHealth newsHealth updatehormonehormone therapylink
Share