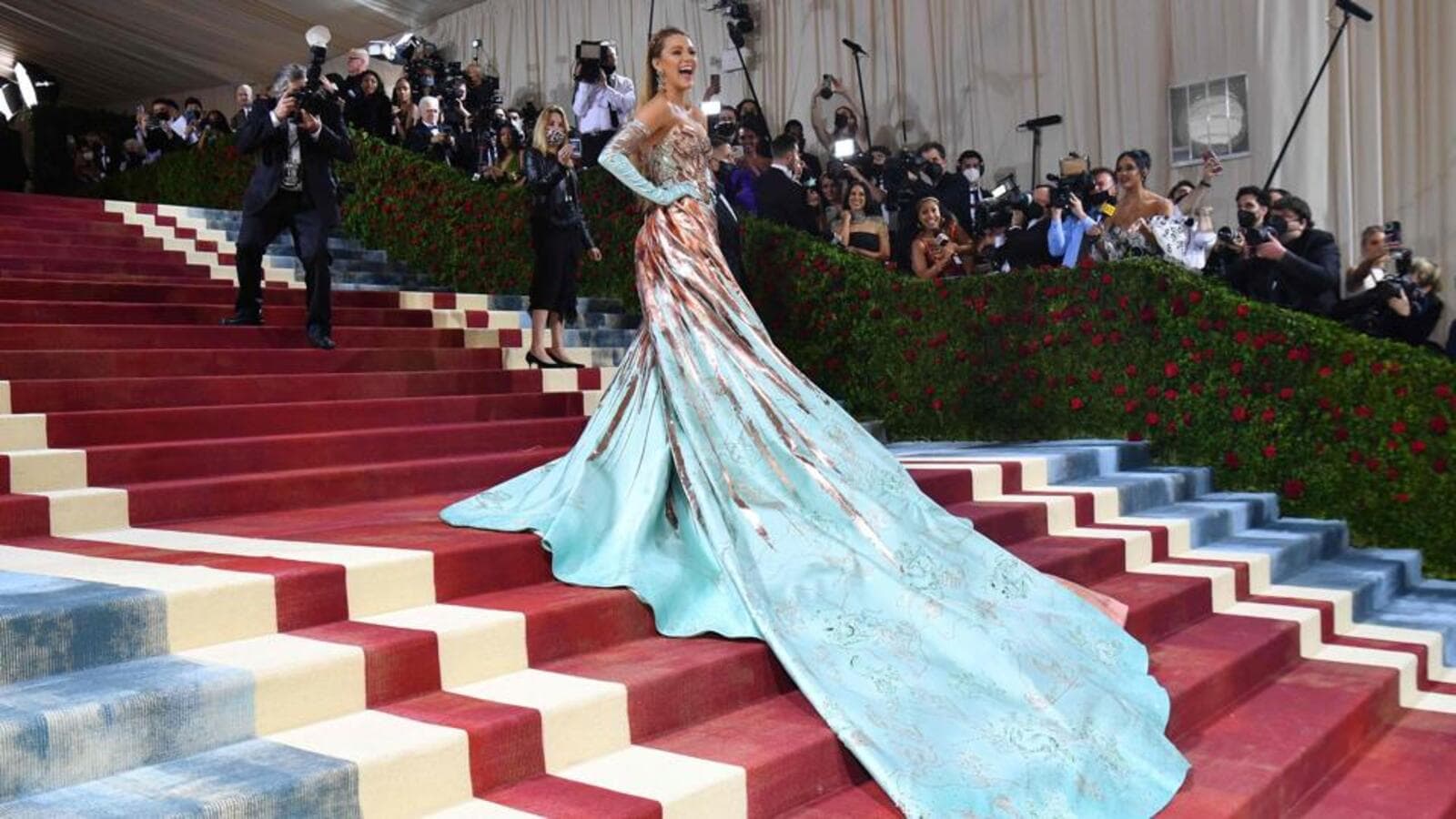 The first Monday of May was restored to its honorary position after fashion’s biggest night, the MET Gala, was cancelled in 2020 and postponed not long ago when Kim Kardashian climbed the Met steps in her head-to-toe black Balenciaga look in September 2021. Interpreting the theme, In America: An Anthology of Fashion, celebs showed up in elaborate outfits with intricate designs and exaggerated silhouettes, exploring the origins of American fashion and celebrating the unsung heroes of US design.

The Met Gala has grown to become a much-awaited and loved celebration of fashion, which is organised and presided over by Anna Wintour, the editor-in-chief of Vogue since 1995. While everyone knows it as the hyped fashion night featuring avant-garde ensembles, it is, in fact, a charity event that is a fundraiser for the Metropolitan Museum of Art’s Costume Institute and is timed to mark the opening of its annual fashion exhibition.

Below are some of the celebrities who got the memo right when it came to the Gilded Glamour and White Tie dress code for the night:

As one of the co-chairs of the event, the pressure was real for actor Blake Lively to be dressed to the nines, and she delivered. Wearing a shimmering rose gold metallic gown with a copper train by Versace, she stopped the show halfway up the famous Met stairs when Lively transformed the bow of her copper train to reveal a second cape in sparkling aqua blue. Her blue train also featured a hand-painted celestial map, which was inspired by the ceiling of Grand Central Station. She finished off the look with a copper tiara, matching metallic gloves, and crystal-encrusted dangler earrings that completed her homage to the Statue of Liberty.

American rapper Megan Thee Stallion understood the gilded glamour assignment well as she shut down the red carpet in an intricately-designed, floor-length sequined gold Moschino look with sheer cutouts and a thigh-high slit. She added more drama to the ensemble with the metallic golden wing shoulders, a staple design feature of the gilded age.

Supermodel Kaia Gerber dazzled in a glimmering lacy silver metallic gown with midriff cutouts by Alexander McQueen and jewels by Kwiat. It was her hair that stole the show as she stayed true to the gilded glamour theme with her mane in a waterfall of ringlets that served up a larger-than-life impact.

The Empire State of Mind singer Alicia Keys wore the New York city skyline on her back and gave an ode to her hometown on the red carpet. Sparkling in a silver strapless Ralph Lauren number with a sweeping one-shoulder black cape that featured a jewelled design of the iconic city view, Alicia Keys finished off the ensemble with a pair of emerald and silver teardrop earrings and a long braid wrapped in jewelled geometric discs.

Gossip Girl reboot star Evan Mock was one to look out for at the glitzy event as he pulled all the fashion stops donning a look that recalled the classic shapes of traditional gilded era gowns and ruffled necklines. Screaming on theme, Mock wore a lemon yellow corset top over a frilly button-down shirt from Head of Situation, a Gen Z-founded business that prides itself on its unique intersectionality. Another thing that stood out was his black painted nails!

Indian businesswoman Natasha Poonawalla looked like a gold goddess as she opted for a custom Sabyasachi gold tulle saree with a long floor-sweeping trail and hand-forged metal bustier by Schiaparelli with exaggerated wires that went over her head. She interpreted the dress code with an Indian gaze that revelled in its multi-culturalism and authenticity.

Glittering in a gilded glamour look from the future, singer Janelle Monáe donned a halter-neck black bedazzled gown with a long train, courtesy of Ralph Lauren’s archives, and added a Monáe touch to it with a sparkling silver futuristic headpiece. She further capped off the look with silver Tiffany & Co jewelry.

Spanish singer Rosalía arrived in a Givenchy white mermaid dress that featured a shredded ruffle train, mutton sleeves and beading that took the shape of her corset. She gave her signature street style touch to her reggaeton dress with dark shades and bare back with an inlaid spine going up to her shoulders.

Denial of responsibility! TechiLive.in is an automatic aggregator around the global media. All the content are available free on Internet. We have just arranged it in one platform for educational purpose only. In each content, the hyperlink to the primary source is specified. All trademarks belong to their rightful owners, all materials to their authors. If you are the owner of the content and do not want us to publish your materials on our website, please contact us by email – [email protected]. The content will be deleted within 24 hours.
Alicia KeysBlake Livelycarpetentertainment newsEntertainment updateevan mockGalaJanelle Monae
Share