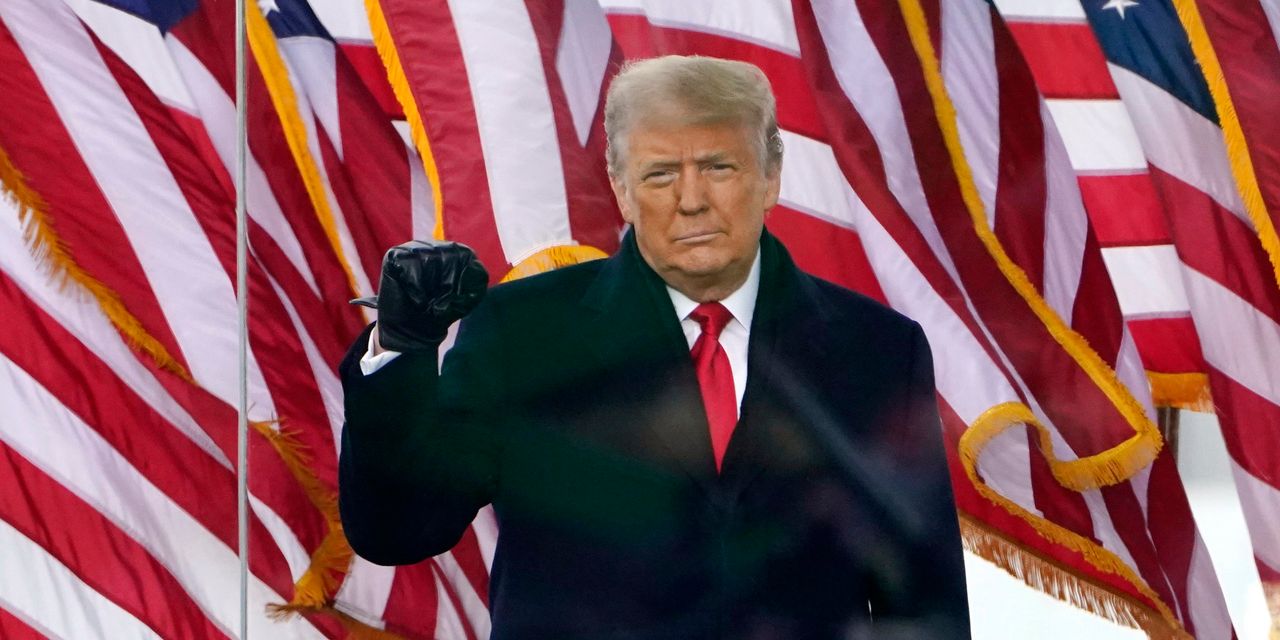 ‘s Facebook and Instagram accounts, more than two years after they were suspended in the wake of the Jan. 6 Capitol riot.

Meta said Wednesday that the accounts would be reinstated “in the coming weeks.” It added, “The public should be able to hear what politicians are saying so they can make informed choices.”

said that the company had concluded the risk to public safety that warranted Mr. Trump’s original suspension from the platforms had receded adequately, so a continued ban on his accounts wasn’t justifiable. But, he said, Meta would closely watch the former president’s accounts.

Mr. Trump, on his social-media platform Truth Social, said, “Such a thing should never again happen to a sitting President, or anybody else who is not deserving of retribution!”

Meta suspended Mr. Trump’s Facebook account indefinitely in January 2021 after determining that he had praised violence committed by his supporters at the U.S. Capitol in response to false claims of a stolen election. His Instagram account was also suspended.

“His decision to use his platform to condone rather than condemn the actions of his supporters at the Capitol building has rightly disturbed people in the U.S. and around the world,” Meta Chief Executive

said at the time.

Meta had indicated it would eventually restore Mr. Trump’s access, writing months after it took the action in January that it would punish his account for additional violations of its rules “when the suspension is eventually lifted.”

It reinforced that view Wednesday. “In light of his violations, he now also faces heightened penalties for repeat offenses,” Mr. Clegg said, adding that such heightened enforcement would occur in future instances when public figures suspended for encouraging potential civil unrest are reinstated to the platforms.

last year reinstated Mr. Trump’s account; Mr. Musk had said in May that he planned to do so once he took over the platform. Mr. Musk closed the $44 billion deal in October and lifted the suspension in November, days after Mr. Trump said he would make another run for the White House.

Facebook was historically more important to Mr. Trump as a fundraising vehicle. During Mr. Trump’s suspension from the platform, his campaign continued to run Facebook ads.

After Facebook suspended Mr. Trump, the platform’s outside Oversight Board reviewed the suspension. While the group broadly agreed with the action, it objected to it lasting for an indeterminate amount of time. Facebook in June 2021 said that the suspension would last at least two years and that it would revisit the decision in January 2023, two years after the original suspension.

Mr. Trump, at the time, objected to the suspension.

After being effectively kicked off mainstream social-media platforms, Mr. Trump launched Truth Social, where he has nearly five million followers. Mr. Trump is obligated for some time to make any social-media posts first on Truth Social, though there are exceptions, including posts from a personal account for certain political activities, according to a regulatory filing.

Denial of responsibility! TechiLive.in is an automatic aggregator around the global media. All the content are available free on Internet. We have just arranged it in one platform for educational purpose only. In each content, the hyperlink to the primary source is specified. All trademarks belong to their rightful owners, all materials to their authors. If you are the owner of the content and do not want us to publish your materials on our website, please contact us by email – [email protected]. The content will be deleted within 24 hours.
#businessaccountsadvertisingAdvertising/Marketing/Public RelationsBusiness/Consumer ServicesCivil Unrestcommunityconsumer services
0
Share

Actin affects the spread of cancer in several ways