Notice: amp_is_available was called incorrectly. `amp_is_available()` (or `amp_is_request()`, formerly `is_amp_endpoint()`) was called too early and so it will not work properly. WordPress is currently doing the `pre_get_posts` hook. Calling this function before the `wp` action means it will not have access to `WP_Query` and the queried object to determine if it is an AMP response, thus neither the `amp_skip_post()` filter nor the AMP enabled toggle will be considered. It appears the theme with slug `publisher` is responsible; please contact the author. Please see Debugging in WordPress for more information. (This message was added in version 2.0.0.) in /home/runcloud/webapps/techilive/wp-includes/functions.php on line 5313
 Mets Sending Jacob deGrom to Injured List After a ‘Clean’ M.R.I. - TechiLive.in 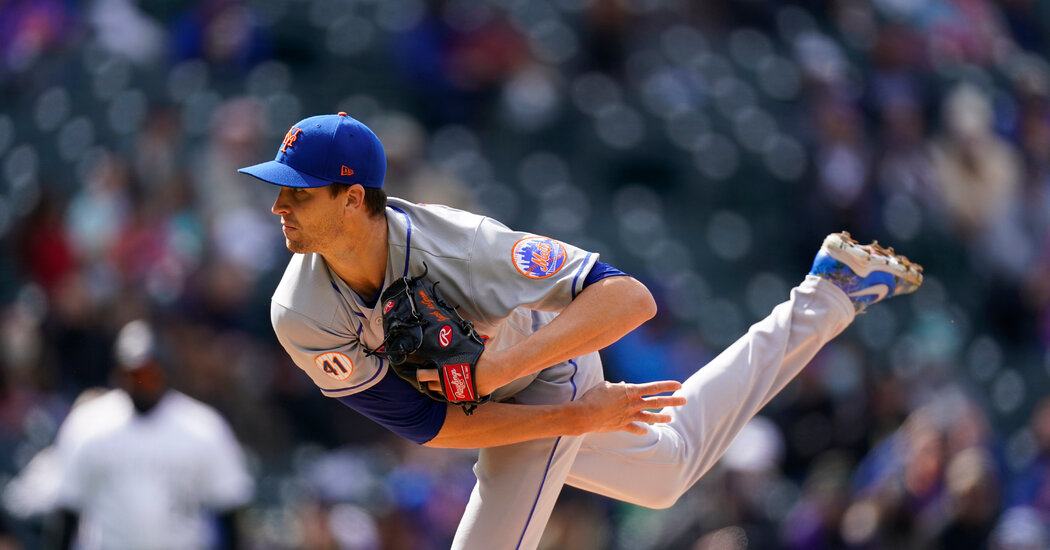 After the entire Mets organization and their fans spent much of Monday nervously awaiting word about the status of pitcher Jacob deGrom, the team’s most important player, they received a good report — or at least one that was not too alarming.

The Mets said that deGrom, who was off to one of the most dominant season starts in his superb career, underwent a magnetic resonance imaging test on Sunday night to determine the source of tightness in his lower back and that the results had not shown any structural damage.

To be cautious, the Mets said they would place deGrom on the 10-day injured list on Tuesday, retroactive to Monday, which means the earliest he could pitch again would be May 21 in Miami.

The team said in a statement that deGrom’s M.R.I. results had been “clean of any issues.”

DeGrom missed a start last week because of what the Mets originally described as discomfort in his right side, and he returned to the mound Sunday after the extra rest. He pitched five innings against the Arizona Diamondbacks, allowed a run, a hit and three walks. But as he threw a few warm-up pitches before the sixth inning, deGrom felt more discomfort.

He was removed from the game before the start of the inning. Luis Rojas, the Mets manager, revealed after the game that the pain was associated more with deGrom’s back than with his side.

“Right-side tightness is what we have from our medical staff here,” Rojas said on Sunday, “more so in his lower back area on the right side.”

Rojas stressed that deGrom, who is considered by many to be the best pitcher in the game, had reported no pain, just tightness.

Losing him for an extended period would be devastating for the Mets. A two-time winner of the National League Cy Young Award, deGrom had begun this season with a 3-2 record and a 0.68 earned run average. He had allowed a total of only three earned runs in his six starts.

DeGrom had three consecutive games with at least 14 strikeouts, and on April 23 he held the Washington Nationals to two hits and no runs while striking out 15 in a shutout. One of his losses was a 1-0 defeat against the Red Sox on April 28 in which he struck out nine batters in six innings.

Loading...
Denial of responsibility! TechiLive.in is an automatic aggregator around the global media. All the content are available free on Internet. We have just arranged it in one platform for educational purpose only. In each content, the hyperlink to the primary source is specified. All trademarks belong to their rightful owners, all materials to their authors. If you are the owner of the content and do not want us to publish your materials on our website, please contact us by email – admin@techilive.in. The content will be deleted within 24 hours.
CleandeGrominjuredJacobListMetsMRInews update
0
Share

MCC rejects Bamboo bats, says it will be illegal