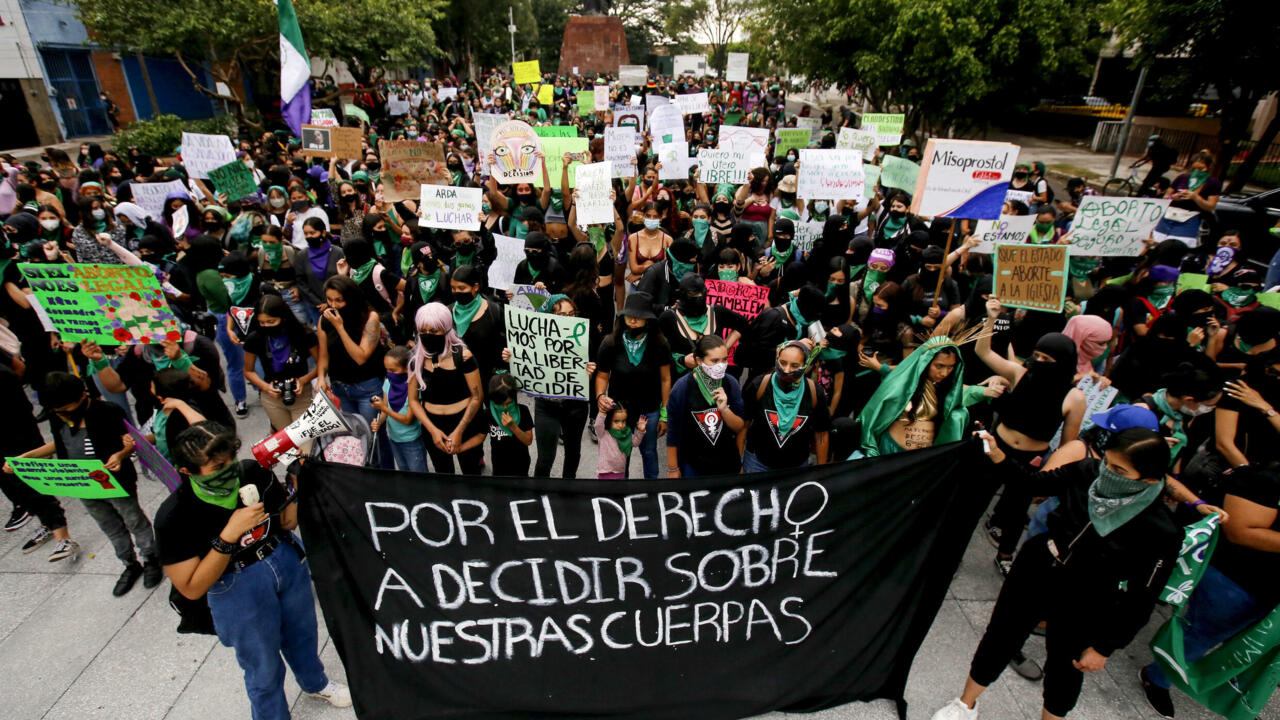 Mexico’s Supreme Court on Tuesday ruled that criminalizing abortion is unconstitutional in a decision hailed as “historic” by rights campaigners in the conservative Latin American country.

The unanimous vote opens the way for women across Mexico to access abortion without fear of being prosecuted and potentially imprisoned.

“It is one more step in the historical struggle for (women’s) equality, dignity and the full exercise of their rights,” said court president Arturo Zaldivar.

He said that “from now on it will not be possible, without violating the criteria of the court and the constitution, to prosecute any woman who aborts in the cases that this court has considered valid.”

Up to now, abortion has been legal in Mexico City and three other states in the first 12 weeks of pregnancy, while elsewhere, the procedure was only permitted in cases of rape.

The declaration followed a constitutional challenge to the penal code of the northern state of Coahuila, bordering the US state of Texas, which recently banned abortion after six weeks.

The ruling will affect the whole of Mexico, allowing women in states where abortion is criminalized to undergo the procedure with a judge’s order, a judicial source said.

“The woman must ask (the health services) to perform the abortion,” said Alex Ali Mendez, a constitutional lawyer and expert on abortion issues.

“When they deny it, she may go before a judge… and the judge will order that an abortion be performed,” Mendez told AFP.

Mexico’s states have autonomy to dictate their laws, but they are invalidated if they contravene Supreme Court rulings that establish jurisprudence, like Tuesday’s decision.

The Information Group on Reproductive Choice (GIRE), which campaigns for abortion rights, welcomed what it called a “historic ruling.”

“We hope that throughout the country women and people with the ability to carry a child have the conditions and freedom to determine their reproductive destiny,” it said.

Unsafe abortion is the fourth leading cause of maternal death in Mexico, according to the group.

Previously abortion had only been legal in Mexico City, since 2007, and in the southern state of Oaxaca since 2019.

He said that it would not be “wise to take sides” because it is a “controversial issue” and so the best thing was for the Supreme Court to resolve it.

Among other Latin American countries, abortion is legal in Uruguay, Cuba, Argentina and Guyana.

It is banned in El Salvador, Honduras, Nicaragua, the Dominican Republic and Haiti, and allowed only in certain circumstances such as after rape or for health reasons elsewhere.

Denial of responsibility! TechiLive.in is an automatic aggregator around the global media. All the content are available free on Internet. We have just arranged it in one platform for educational purpose only. In each content, the hyperlink to the primary source is specified. All trademarks belong to their rightful owners, all materials to their authors. If you are the owner of the content and do not want us to publish your materials on our website, please contact us by email – [email protected]. The content will be deleted within 24 hours.
Loading...
abortionAmericasAndres Manuel Lopez ObradorCourtcriminalizingHealth newsHealth updateLatin America
Share