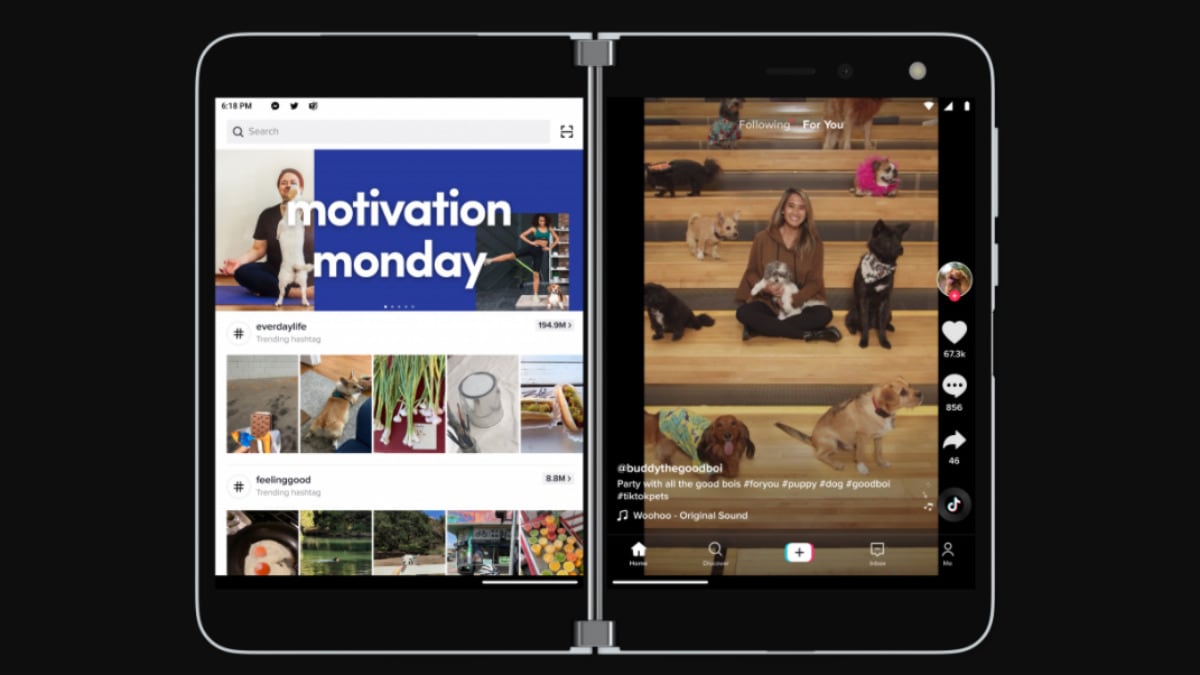 Microsoft Surface 2 Duo is said to be in the works and the company may launch it later this year. As per a report, Microsoft is working on the second generation of its dual-screen Android smartphone that is tipped to come with a faster processor, 5G, and an improved camera. The report also claims that apart from the hardware, the tech giant is specially focussing on the software to “deliver a mobile user experience” that brings the best of Microsoft to the Android ecosystem.

Citing sources familiar with the development, Windows Latest reports that Microsoft is prepping an updated model of the Surface Duo, the company’s first dual-screen Android smartphone that features two OLED displays connected with a 360-degree hinge. The report says the Surface Duo successor could be called Surface Duo 2, and adds that the device has been in development “since the second half of 2020 and is scheduled to launch in the fall of this year”.

It also adds that the Surface Duo 2 will put “special emphasis” on “fixing and improving the software, which includes the camera app”. Citing multiple job postings by Microsoft, which have now been removed, the report says that the Windows-maker is adding more engineers to the team that is developing the handset. In a report published in February, Windows Latest also claimed that the Surface Duo 2 is codenamed “Zeta” and will be launched with 5G connectivity as well as an improved camera.

The Microsoft Surface Duo was launched with two 5.6-inch OLED (1,350×1,800 pixels) displays that join together to provide an 8.1-inch PixelSense Fusion display (2,700 x 1,800 pixels). It has an 11-megapixel camera sensor with an f/2.0 lens at the front. The Surface Duo is powered by Qualcomm Snapdragon 855 SoC, paired with 6GB of RAM and up to 256GB of storage. There are two batteries with an overall capacity of 3,577mAh.