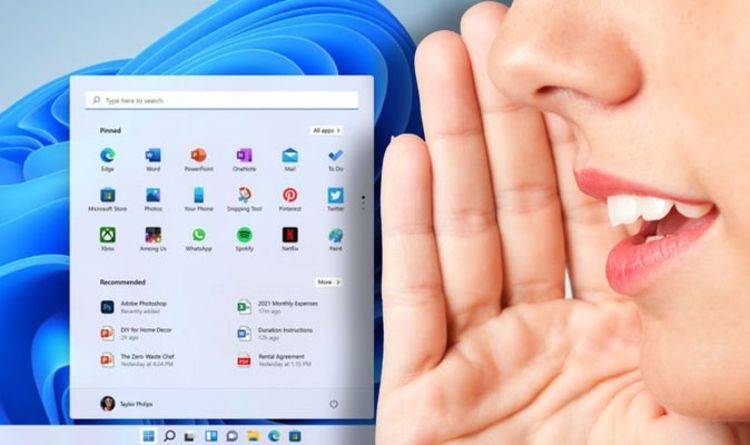 Microsoft’s secret is out! Windows 11 could officially launch on this date

We might finally know when you’ll be able to get your hands on Windows 11. When the all-new desktop operating system was announced at an event back in June we found out about all the new features coming to PCs later in the year but Microsoft kept an official release date firmly under wraps.

That’s secret is being held close to Microsoft’s chest but, thanks to an update to support documents published by Intel – one of the biggest chipset manufacturers on the planet – we might now have a better idea of when Windows 11 will be available to download. A document related to one particular Intel driver reveals: “Windows 11-64 – October 2021 Update – version 21H2”.

This seems to suggest that Windows 11 will be coming this October. Of course, that’s still quite a broad timeline and unfortunately, none of the other Intel documents mention a more specific date.

An October release would make a lot of sense. After all, Microsoft previously launched two feature-packed updates to its Windows 10 operating system each year, one in the spring and the other in the autumn. Ahead of the announcement of Windows 11, Microsoft was widely-tipped to be looking to October to roll-out a bucketload of exciting new features and designs to Windows 10 users.

Windows 11 would keep that promise, should it launch later this year as Intel seems to suggest.

Microsoft hasn’t commented on the latest release rumour. However, when talking about Windows 11, the Redmond-based firm has confirmed the update will be coming this “holiday” period.

Microsoft doesn’t specify which holiday period. But since October and Halloween are often included in this period in the US, perhaps that’s when we’ll see Windows 11.

Furthermore, October was actually referenced in the Windows 11 announcement keynote. During the event, a message pops up in Microsoft Teams during one of the demos. It reads, “Excited to turn it up to 11… can’t wait for October!”

Putting on our deerstalker, it’s pretty clear that this is a hint to an October release date.

Windows 11 is set to bring some substantial design tweaks. Microsoft is moving towards rounded corners, more transparent windows, and the Start button in the middle of the taskbar that incorporates the universal search feature within the same window.

There’s also the arrival of new widgets and the promise of improved performance and battery life. We also know that Windows 11 will integrate Microsoft Teams deep within the operating system, where it will serve as the default chat app – even for those trying to call family members.

Denial of responsibility! TechiLive.in is an automatic aggregator around the global media. All the content are available free on Internet. We have just arranged it in one platform for educational purpose only. In each content, the hyperlink to the primary source is specified. All trademarks belong to their rightful owners, all materials to their authors. If you are the owner of the content and do not want us to publish your materials on our website, please contact us by email – [email protected]. The content will be deleted within 24 hours.
Loading...
dategadget updatelaunchMicrosoftsofficiallySecrettech newstech update
0
Share