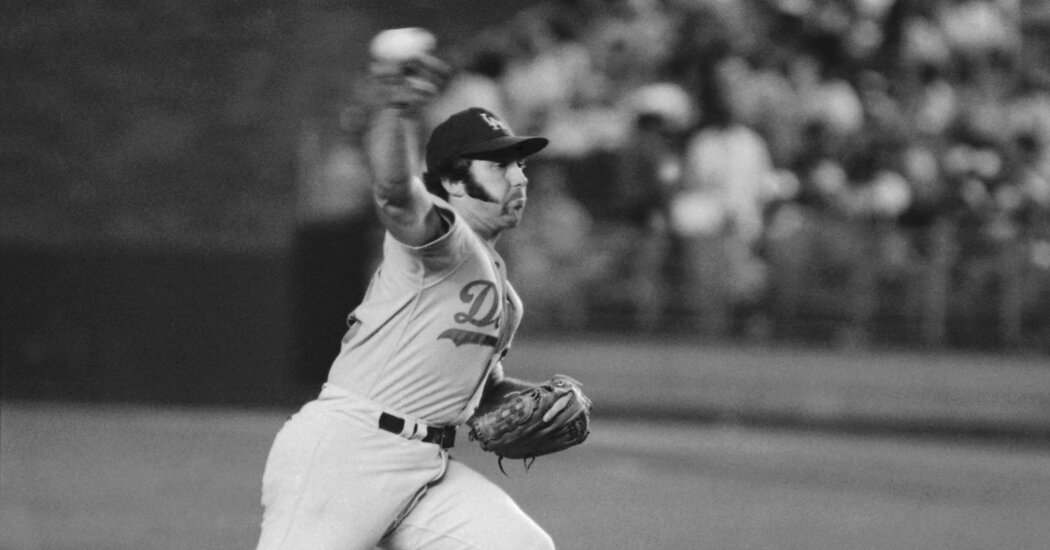 Mike Marshall, who became the first relief pitcher to win the Cy Young Award when he appeared in a major league season-record 106 games for the 1974 Los Angeles Dodgers, died on Tuesday at his home in Zephyrhills, Fla., near Tampa. He was 78.

His death was announced by the Dodgers, who said that his daughter Rebekah had told them, without providing further details, that he had been in hospice care.

Marshall developed extraordinary endurance through his knowledge of kinesiology, the mechanics of bodily movement, long before pitchers used high-tech equipment in hopes of improving their performance and warding off arm injuries.

He earned a doctorate in exercise physiology from Michigan State University in 1978, when he was pitching for the Minnesota Twins, and later taught there. His best pitch was a screwball, which breaks in the opposite direction from that of a curveball.

In addition to his single-season record for most games pitched, Marshall, a right-hander, pitched in 13 consecutive games in 1974, threw 208⅓ relief innings and finished 83 games — major league records as well.

Appearing solely in relief in 1974, his sideburns curling toward his mouth, Marshall was an all too familiar figure to batters in the late innings. He had a 15-12 record in 1974 with a 2.42 earned run average and 21 saves.

But he gained a reputation for being condescending when baseball writers sought to interview him.

“I remember the sportswriters in Los Angeles come into the locker room and ask: ‘How are you able to do this? You’re going to break down,’” Marshall was quoted as saying by The Los Angeles Times. “I said: ‘Hey, it’s simple. It’s kinesiology, and all you have to understand is what the latissimus dorsi muscle can do for you. And then you get to use the triceps brachii and the inner teres. It’s right there.’ And they’d walk away.”

During the 1974 World Series, the sports columnist Dave Anderson of The New York Times wrote of how Marshall had declined to provide more than perfunctory answers to reporters’ postgame questions. “Privately,” he noted, “many of his teammates dislike his aloof, impersonal manner, but they tolerate it because of his durability and talent.”

Indeed, there was no disputing Marshall’s impact on his fellow Dodger pitchers. “I’m a better student of hitters since Mike joined this year,” said Andy Messersmith, who won 20 games in 1974. Marshall had been traded to the Dodgers by the Montreal Expos.

In winning the National League Cy Young Award, the major leagues’ most coveted prize for a pitcher, Marshall beat out Messersmith for the honor, collecting 17 of 24 possible first place votes. Eight relief pitchers from both leagues have since won the award.

In his only postseason appearances, Marshall pitched in two National League Championship Series games against the Pittsburgh Pirates in 1974 and in every game of the World Series, when the Dodgers lost to the Oakland A’s, 4 games to 1. In the Dodgers’ only victory, he picked off Oakland’s Herb Washington, their world-class sprinter, when Washington, representing the potential tying run, was taking a lead off first base in what became the Dodgers’ 3-2 victory in Game 2.

Marshall was an All-Star with the Dodgers in 1974 and 1975. He holds the still-standing American League record for games pitched in a season with 90 for the 1979 Twins.

Michael Grant Marshall was born on Jan. 15, 1943, in Adrian, Mich., about 70 miles southwest of Detroit. He was signed by the Philadelphia Phillies’ organization in September 1960 but didn’t make his major league debut until 1967, with the Detroit Tigers.

After developing a sore arm in his rookie season, Marshall studied ways to reduce stress on his arm by changing the dynamics of his pitching motion.

The Seattle Pilots obtained him in baseball’s expansion draft as they stocked their inaugural team of 1969, after he had returned to the minors for one season. He later pitched for the Houston Astros and the Expos, who traded him to the Dodgers for outfielder Willie Davis. The Dodgers traded him to the Atlanta Braves in midseason 1966, and he later pitched for the Texas Rangers, the Twins and then the 1981 Mets in his final major league season.

In addition to his daughter Rebekah, his survivors include his second wife, Erica, and his daughters Kerry and Deborah. All three children were from his marriage to his first wife, Nancy Marshall, who died in April, The Associated Press reported.

Marshall left his posts as a physical education teacher and head baseball coach at West Texas A&M in 1994 and moved to Florida to found a baseball clinic in Zephyrhills.

He had his students throw hard every day, wind up with 30-pound weights around each wrist and heave 12-pound iron balls at a wooden backstop.

“Nobody who’s gone through this program has ever gotten hurt,” he told Sports Illustrated in 2001. “These kids are now injury-proof.”

“I was dismissed as a physical freak,” he said. “I did things nobody had ever done. For me not to be considered the best relief pitcher in the history of baseball is silly.”

Denial of responsibility! TechiLive.in is an automatic aggregator around the global media. All the content are available free on Internet. We have just arranged it in one platform for educational purpose only. In each content, the hyperlink to the primary source is specified. All trademarks belong to their rightful owners, all materials to their authors. If you are the owner of the content and do not want us to publish your materials on our website, please contact us by email – [email protected]. The content will be deleted within 24 hours.
Loading...
awardDiesMarshallMikenews updatePitcherReliefsports news
0
Share

What are the most dreaded antipatterns in web development?