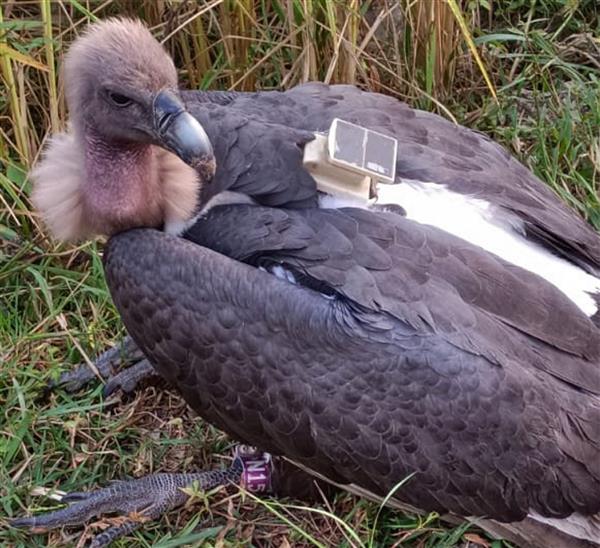 Missing rare white-rumped vulture from Nepal found in Bihar; had gone off radar despite being radio tagged

A winged visitor, a rare white-rumped vulture, from Nepal which went missing some 10 months ago, was found by Bihar’s bird ringing station officials at Darbhanga after it went off the radar despite being radio tagged.

The bird, belonging to a critically endangered species, was last sighted in the Himalayan nation’s Tanahun district, and was found in a weakened condition as it was starving for want of food, according to officials.

The white-rumped vulture was listed as a critically-endangered species in 2000 as its population declined rapidly, primarily as a result of feeding on carcasses of animals treated with the veterinary drug diclofenac, Chief Wildlife Warden PK Gupta told PTI.

White-rumped vultures, found generally near human habitations, were very common in the Indian subcontinent, besides Myanmar, Thailand, Laos, Cambodia, and southern Vietnam. These birds feed mostly on the ground, but roost and nest in trees and cliffs, and spend much of their time soaring on wind currents, searching for carrion.

The bird is medium-sized and dark with blackish plumage, a white neck-ruff, and a white patch of feathers on the lower back and upper tail, from which the name was derived. An adult white-rumped vulture is 75 to 85 cm tall.

The bird, which went missing, was being used for research and monitoring of the vulture safe zone by Nepalese authorities, Gupta said.

The bird was found to be weak, he said, adding that it was immediately provided with food.

The vulture is under observation at Bird Ringing and Monitoring Station in Bhagalpur, and will be released after a few days, he said.

“The vulture was medically examined too. The Nepalese authorities have appreciated our efforts and also shared details about his movements,” Gupta said.

The Jatayu Conservation Breeding Centre in Haryana’s Pinjore, the Bombay Natural History Society, and the Royal Society for the Protection of Birds in England were alerted immediately after the bird was found, he said.

The radio collar attached to the bird stopped transmitting data in April, when it was in Abukhaireni in Nepal’s Tanahu. It was last sighted on September 3 in the same area, Gupta said.

Bihar is the fourth state in the country to have a bird ringing (tagging) station. Rings are placed on the legs of the birds to study their migration pattern, mortality and territoriality, he said.

Denial of responsibility! TechiLive.in is an automatic aggregator around the global media. All the content are available free on Internet. We have just arranged it in one platform for educational purpose only. In each content, the hyperlink to the primary source is specified. All trademarks belong to their rightful owners, all materials to their authors. If you are the owner of the content and do not want us to publish your materials on our website, please contact us by email – [email protected]. The content will be deleted within 24 hours.
Bihargadget updateMissingNepalRadarRadiorareTagged
Share